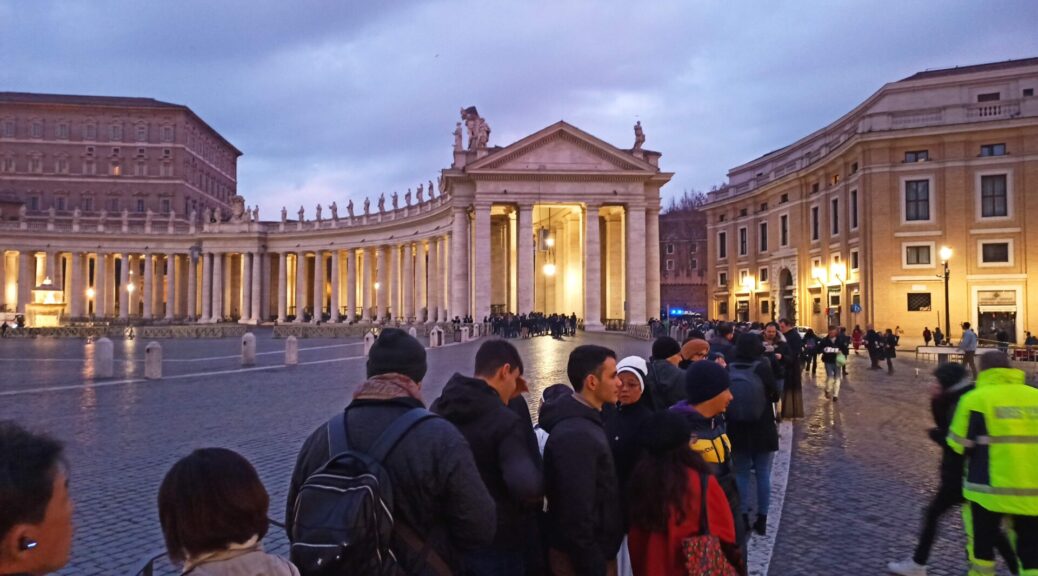 Since Saturday things have changed in the Catholic Church. Now priests can and should say the Mass in suffrage of the Roman Pontiff, during which, instead of naming the Pope, one names the deceased Roman Pontiff.

At such masses, regardless of which priests offer, if they do not name Pope Francis, Catholics can licitly receive the Sacrament, because the priest has withdrawn from public schism.

And according to the rubrics, they should not name Francis, at such masses.

The priest may personally still think Francis is the Pope, but by omitting his name in the Canon, he publicly asserts the contrary. And that is sufficient in the sight of God to exculpate any Catholic from attending his mass.

I say this regarding priests who are not heretics, idolators and in regard to those who have publicly criticized the Antipope for these things.

Those priests who wanted to stop naming Francis in the canon, but were afraid to do that, can now use this present circumstance to do that. In fact, they can continue to do so for the rest of the illegitimate pontificate of Bergoglio.

If however, there are priests in your region who named Pope Benedict XVI as pope in recent days, weeks, years, continue to attend their masses, because it would be a scandal to do otherwise, and because in the next 21 days, we should gather together even more in prayer for Pope Benedict XVI with the best of clergy and laity, since their prayers are more effective in the sight of God.

8 thoughts on “If the Anti-Pope is not named during a Mass in Suffrage of Pope Benedict….”