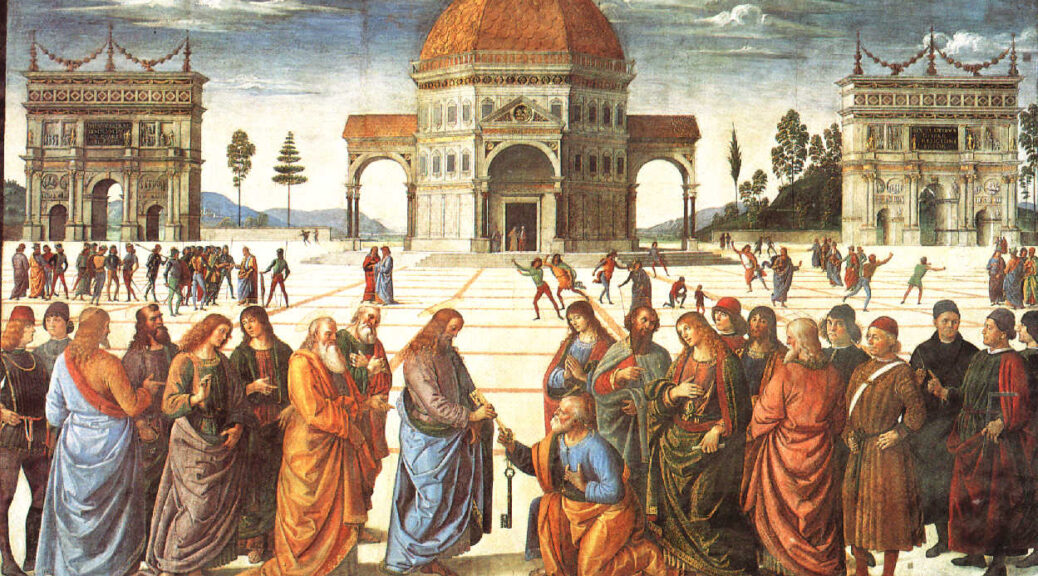 As the Catholic Faithful of the Church of Rome consider the election of the Roman Pontiff by Apostolic Right, there are some canonical norms which should be kept in mind to avoid that any doubt arise to the validity of the election. (Cf. previous articles on this matter, here, here and here)

While an election conducted by Apostolic Right, could be argued to be free from the requirement to observe all canonical norms per se, yet the better opinion is that since a papa dubius is a papal nullius, that those norms which pertain to natural law must be observed, and that those norms which pertain to ecclesiastical law should be taken into account.

Let’s review, then the norms of Canon Law regarding elections, and gather together the principles which should be observed for the election of the Roman Pontiff, in the extraordinary circumstance in which no Cardinal Elector enters into conclave to elect the Roman Pontiff, after the death of a validly elected, legitimate Roman Pontiff, that is, one who is elected to receive the petrine munus and who did in fact receive it.

First, it must be noted that no one can receive the petrine munus, if there is someone already holding it. And no one can cease holding it unless he dies or has in a juridical act expressly renounced it. Also, no one can be elected to receive it, while someone holds it, and after his death or renunciation of it, claim is prior election is sufficient to obtain it. Elections must be posterior in time to the conditions adapt for the validity of an election. Thus Jorge Mario Bergoglio has never held the petrine munus and by his 10 year pretense has no claim to it.

Second, the election of the Roman Pontiff in such extraordinary circumstances, requires that the electors be convoked to a specific place and time by the president of the college of electors, when that president is physically present in the place of convocation (cf. canon 166). This Pope Benedict XVI already did in his Declaratio of Feb. 11, 2013, when he declared an election of his successor it to take place by those who are competent.

Third, all the electors must be summoned to a public place.  The election would be invalid, unless there is at least an attempt to do that. Thus, if some electors, without informing others, would meet together, in secret or public, the election will be invalid. Nor can they exclude any others by reason of any argument, since by the norms of law, no one is presumed to be ineligible unless they are so by failure to meet some canonical norm. Thus, any cleric incardinated in any diocese of the Roman Church (Rome or any of its suburbican dioceses), any religious of an institute of diocesan rite founded by any of these bishops in any of these dioceses and residing within them, and any layman. And this without regard as to any previous opinion they may have held, because, it is sufficient that in the present assembly they declare that Benedict XVI was the one and only Roman Pontiff until his death, because we all have been victims in some way or another of the false narrative, and there are very few among us, who from Feb. 11, 2013 were not fooled.

Fourth, the election will not be valid, if a non elector is allowed to vote (canon 169). Thus in the present case being considered, no one outside of the Church of Rome can be admitted to the assembly (those who are not members of the Church of Rome by at least 1 year of residency within the territory of the Diocese of Rome or a suburbican Diocese). But reasonably, since the gathering will be a large one, this restriction has to do with those who speak during the assembly and those who vote, since it would be neigh impossible humanly speaking to assure that no one in the assembly is a non-elector. But due diligence should be undertaken to exclude them, even though, no sane person would discount the election by a multitude on account of a small number of invalid votes.

Fifth, those assembling in the place of convocation cannot be under any coercion (canon 170), otherwise the election would be invalid. Among the causes invalidating the election are those which effectively impede their deliberation of action, that is, in my opinion, also inclusive of any psychological control of persons outside of the Church of Rome.*

Sixth, according to canon 171, the following cannot vote:

The election of any particular candidate would be invalid, if as canon 171 states, the electors were induced beforehand, by fear or guile, directly or indirectly applied, to vote for a particular candidate, though natural law does not require the vote to be secret, by two thirds majority. I do believe the vote should be counted, and the manner of voting be determinate, that is, by personal votes being tallied.

Canon 173, thus, states that the first act of the electorate should be to designate the counters of the vote and the modality for presenting a vote, that is, where the voters are to present themselves, to declare their vote. I think that it would be best that each voter present himself before the counters and declare his candidate. Votes should not exceed electors, and thus, I think it would be necessary to only allow those who can vote,, withing a certain barrier, to prevent at the time of voting, extraneous persons from entering.

Canon 174, allows by natural law, that electors appoint one of their number to vote in their stead during the assembly. But this is problematic, because how could that be judicially verified without written documentation, which could be forged? For that reason, it would cause a doubt to arise and make the election invalid.

Canon 177 requires the one elected to be notified within 8 days of the election. If he does not accept, the assembly must meet again.

Canon 178, the one elected, who accepts, receives immediately the petrine munus. He must accept by means of words which naturally, clearly and customarily are used, such as, by saying, “I accept my election to the office of Roman Pontiff” etc..

Finally, the candidate to be elected, must be a man, a Catholic, and of at least the age of reason, having received the sacraments of Baptism and Confirmation. He must be celibate, that is, not currently bound by sacramental or civil marriage to any other person. He must have the free use of reason. Doubt about this, such as would occur from a person who has allowed nano-tech to be injected into his body, should exclude such candidates.

** That is moral coercion of the kind by which one would be told whom to vote for by someone who cannot vote, under threats of spiritual damnation. This would be the worst kind of spiritual abuse. Electors, that is those who can vote, are completely free and should not exercise their vote under constraint. If the cannot freely make a choice on their own, they are not eligible to vote, as per canon 171.