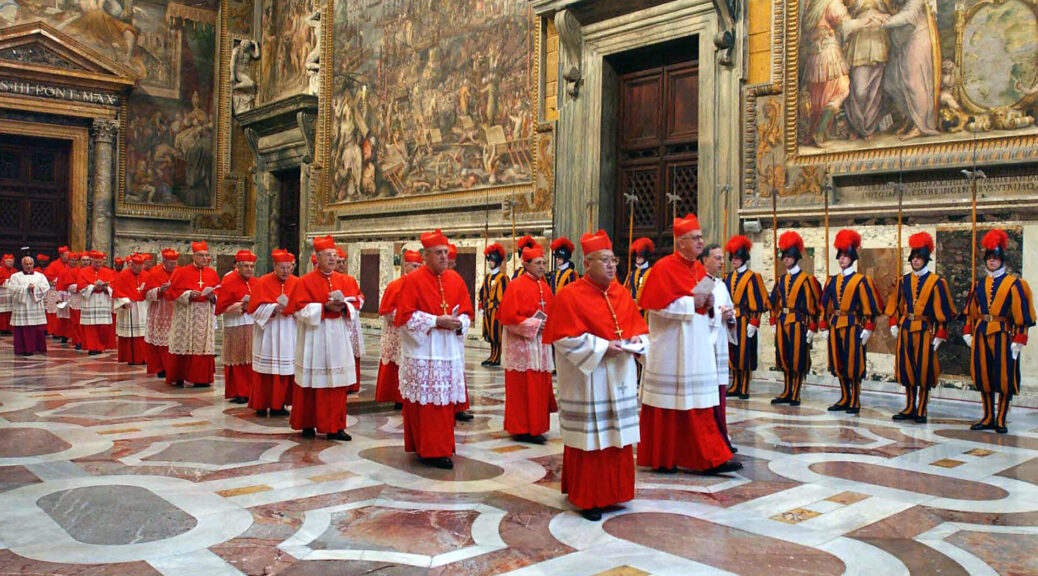 In this video, I explain in Italian, why it was juridically wise and useful for Roman Catholics at Rome to give the College of Cardinals a solemn public rebuke for not yet taking any move convening in Conclave. For just as in every legal dispute, one first notifies the transgressing party, that one’s rights are being transgressed, to warn them of impending legal action if they fail to cease in the transgression, so in this dispute, the College of Cardinals cannot simply omit their duty in silence, but must give a juridical explanation of why they are deciding to act or not to act. This is especially true, because since March 13, 2013 A. D., when they pretended to elect Jorge Mario Bergoglio as Roman Pontiff, they have never responded as a body, nor even as individuals, with a canonical explanation of their position now that all the evidence for their fault has been published to all the world for 10 years, and especially here in Italy during the last 2 years.

Thus, the Solemn Admonishment (Text here in Italian and English translation) had to be given, just as in a disagreement among knights, one throws one’s glove down in front of the opponent to challenge him to a fight, to prove which party is in the right, so now, the College of Cardinals has been put on notice. They must respond verbally and they must take action. If they fail at both, then they have juridically conceded, that the Roman Catholic Faithful of the Church of Rome, that is, of the Dioceses of Roma, Albano, Osta, Velletri-Segni, Palestrina, Frascati, Sabina Poggio Mireto, and Porta Santa Rufina do in fact have the rights claimed in the Solemn Admonishment. Cardinal Re, Dean of the College, now has in hand 3 copies of the text.

The ball is now in his court.

He has been presented to a juridical fait accompli, as it were, he is now checkmated and failing to act, he loses the most important battle, and will concede the juridical legitimacy to us who are Catholics in communion with Pope Benedict XVI till the end.