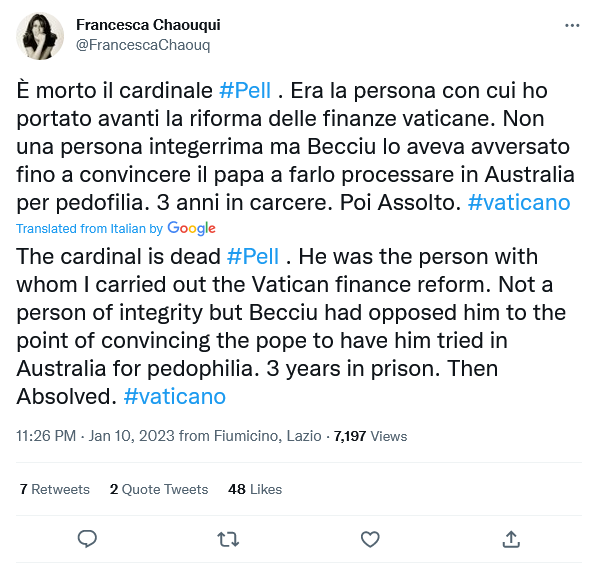 Editor’s Note: This explosive public revelation is another nail in the coffin of the reputation of the Antipope. In this tweet, this publicly avowed supporter of “Pope Francis” spills the beans on who gave the green light to get Pell prosecuted in Australia. — While this has nothing to do with Pope Benedict XVI, those who claim that it is totally incredible to assert that Bergoglio could have been part of a plot to socially isolate Benedict for 10 years so that no one would discover that he never abdicated and never said he abdicated, are now in a very tough position. I told the world, that the true Pope had been imprisoned years ago, on July 8, 2019, here.

But now, since it is known that Pell’s mortal enemies were at Rome, and that he died at Rome, one must forensically raise the question, if his death was caused or promoted by someone at Rome. 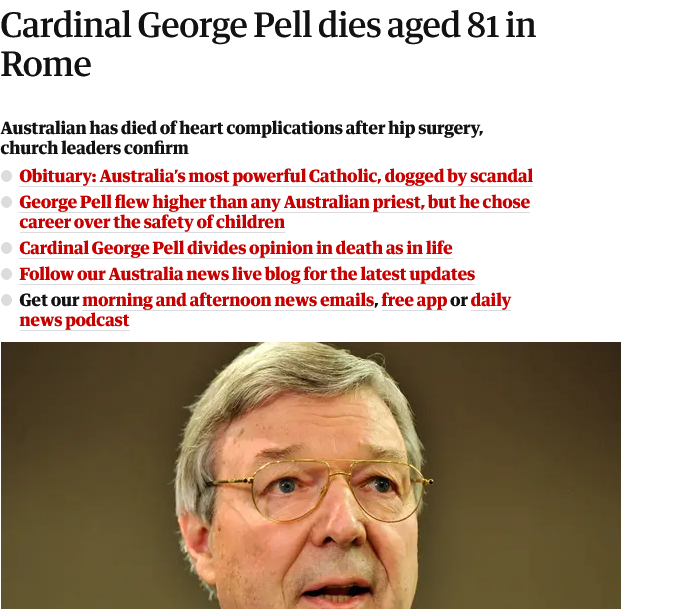