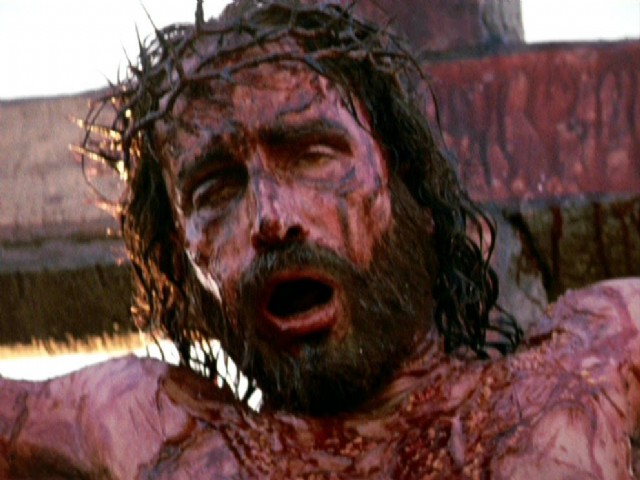 If there is any sincerity in a Catholic, it is to have unlimited gratitude for what our Savior and God, Jesus Christ, did, said, and suffered for our sake.

And thus, we are put to test in every thing we do and say, that we act always in conformity with such sincerity. Whether in what we do, say, cause or promote, whether in regard to men or women or children.

But also in regard to God.

One of the greatest betrayals of this therefore, is when we attempt to force Jesus to be in communion with us, when we are in the act of committing a mortal sin. This is the spiritual equivalent of attempting to rape Jesus Christ.

And this occurs if we make a sacrilegious communion.

Sacrilege is the sin of stealing something which is Sacred.

And there is nothing more sacred that Jesus Christ.

Next to that, there is stealing His authority, as when one usurps the Apostolic Throne of St. Peter.

But just as one shares in the sin of another by approbation, so in usurpation.  That is why, as soon as you have hard facts that someone has usurped the rights of another, you should refrain from acting as if they did, otherwise, you are publicly approving of their crime.

And this is true also at Mass. For when we attend Mass where there is named in the Canon of the Mass a man who has usurped the throne of the Bishop of our Diocese, or of the Apostolic See, the priest is committing a mortal sin of approving of that theft, if he knows it to be a theft. And all who remain in the Church, participating in that Mass, commit mortal sin by solemnly approving of that usurpation.

But even worse is when the priest receives the Eucharist at that Mass. Yes, it is validly consecrated, such that Jesus is truly really and sacramentally present as the consecrated Host, as the Council of Trent teaches. But He is not there physically.

So the person who attempts to make Jesus commune with him in such a public approbation of sacrilege commits an even worse sacrilege of spiritual rape, in attempting to receive Him at such a Mass.

But they enter no more than a body is forced into communion during a violent rape.

And thus spiritually there is no communion.

This is because Jesus is present mystically, that is, sacramentally, so as much as the sinner attempts to embrace him with his soul, he does not.

And this is why communion with Jesus in the Eucharist is impossible when the Sacrament is received in such circumstances.

This case differs from the case in which the Eucharist is consecrated by a heretic. For in that case, one cannot even go to the Tabernacle afterwards and ask a Catholic deacon, for example. to give you communion outside of the Mass.

This does not mean that we do not or ought not recognize that Jesus is truly present in the Eucharist, at such masses, in such tabernacles or in such Churches.

And this is not hard to understand. For just as a woman remains a woman, even when she is the wife of another, and it would be rape to force her into union with you, if you were not her husband, so Jesus remains Jesus in the Eucharist consecrated outside of communion with His Vicar on Earth, even though it is not licit for you to attempt to unite yourself to Him in such a circumstance.

Now, there are laity out there who have never studied sacramental theology, nor even read the Summa of Saint Thomas Aquinas, on the question of when one spiritually does or does not receive the Lord at communion. But this is Sacramental Theology 101.

That they scream ¨Heretic!¨ on YouTube channels at us Catholics who simply keep doing and believing what has always been taught, is unhinged behavior. And they will have to answer for the mortal sin of defamation, calumny, and false teaching for each person who hears their videos or reads their writings.

For to be an advocate of the spiritual rape of Jesus Christ is not going to be a sin which the Eternal Father forgets on the Day of Judgement.

Therefore, let us examine ourselves carefully before going to Mass, and before deciding where to go to Mass, and let us remember that we can show true love for Jesus Christ, when we are not right with God, by not receiving Him in communion.