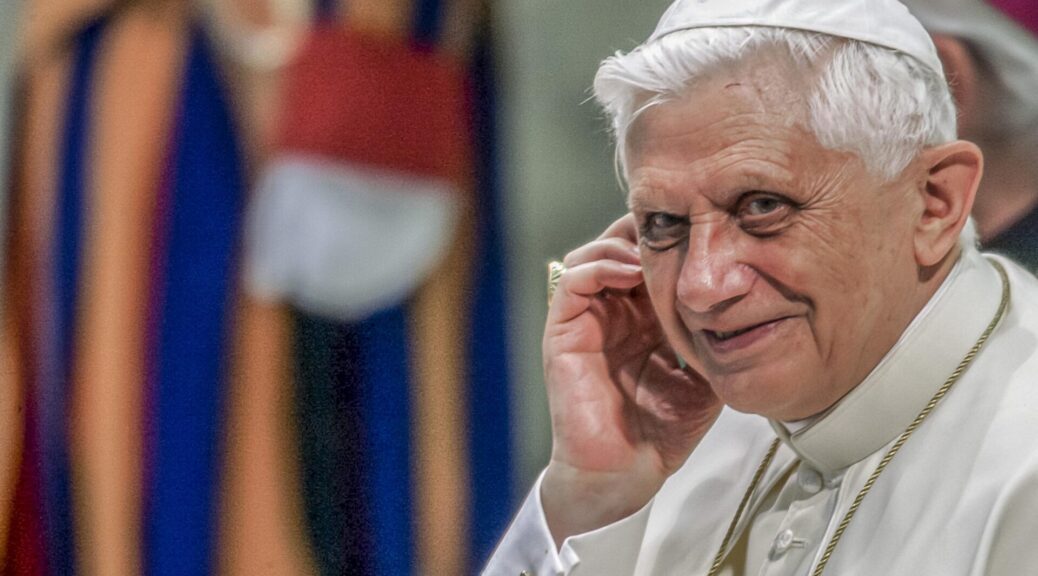 Or, how In preparation for 1983 CIC
Scholars identified an “Impeded See” as the lack of exercise of the Petrine Munus

In canon 17, it is laid down that if there is any term unclear in any canon that one should take note of what that term means in parallel texts and other sources of ecclesiastical jurisprudence.

As I have previously demonstrated in the Code and in the tradition of canonical jurisprudence, the renunciation of the papacy on the part of the man who is the Roman Pontiff requires a renunciation of the munus petrinus. There is in fact and in law no doubt about the terms in Canon 332 §2, though Bergoglians a priori claim such, so as to create a pretext to undermine its meaning, in such a way as to claim the renunciation of ministry according to Canon 333 §2, was in fact an abdication in accord with canon 332 §2.

But, though there is no need to reply to an unsubstantiated claim, even when one does so, the results are devastating to the Bergoglian party of usurpation.

Now, I can add another coup de grace to their argument that, by appealing to Canon 17 to seek other sources to clarify doubt, one can sustain that munus = ministerium, and this time, I draw from Sr. Angela Codeluppi’s, “Sede Impedita: Studio in Particolare Riferimento alla Sede Romana”, Angelicum University Press, 2016.

Note the date of publication. Every Bergoglian should note that date.

The author holds an S.T.L in Canon Law and a Ph.D. in Engineering. I will cite from her chapter, Lacunae Legis, p. 249.

I will cite from the different versions proposed for Canon 335, the canon on the Impeded See, in the Code of Canon Law of 1983, as it was being prepared by Papal Commissions. This is invaluable information as to the authentic mind of the scholars asked by Popes Paul VI and John Paul II to prepare the Latin text of the present Code.

With the Roman See vacante or entirely impeded, let nothing be innovated in the government of the universal Church; which, indeed, is ordained in regard to certain affairs as well as special laws.

With the Roman see vacante or entirely impeded, there is suspended the exercise of the Supreme Pastor’s MUNUS and nothing is to be innovated in the government of the Church: let there be observed, however, the special laws already laid down for the same circumstances.

With the Roman See vacant or entirely impeded, let nothing be innovated in the government of the universal Church: let there be observed, however, the special laws laid down for the same circumstances.

Did you notice what happened, as soon as Cardinal Ratzinger became part of the Roman Curia?

Yes, that is right: a key phrase, which need not be said, was left unsaid.

. . .there is suspended the exercise of the Supreme Pastor’s MUNUS . . .

It’s obvious, if you understand that it was part of a secret plan against usurpation of the Apostolic See, which had to be protected at all costs, from being revealed to the enemies of Christ. Removing those words achieved that.

And that means, that the Holy Father, since he remains pope, when the See is impeded, retains the petrine munus, but ceases being able to exercise it in the petrine ministry.

But that is the same exact canonical effect of renouncing the ministry and not the munus.

Therefore, Pope Benedict XVI is a lot smarter than his personal secretary would want us to believe. And not as dumb as certain traditionalists think he was.

In fact, he was and is the most brilliant Papal chess-master who has ever sat on the Apostolic Throne!

ADDENDUM on the Notions of Exercising Munus and Excercising Ministry:

Some examples of this are:

He played the piano. He played Mozart’s PIano Sonata.

Thus, a leader can exercise his power, or exercise his power in serving others. And so, just as one admits these distinctions in normal language, so when finding them in the Latin of ecclesiastical documents in regard to munus and ministerium, it would be just as unnatural and irrational to conclude, that munus = ministerium, as it would to conclude that a piano = a Sonata by Mozart, or the Presidency = Chief of the Armed Forces, or finally, that a mother = the woman who washes the clothing. Q. E. D.

CREDITS: The featured image is taken from the published report by the MSM on his death, which you can read here. Notice how in that report, a lot is left out, and a lot is misreported, all for the same effect. (Fair Use and unsolicited publicity for the said article)

2 thoughts on “Yes, Pope Benedict XVI was the greatest Chess Master ever to sit on the Apostolic Throne”