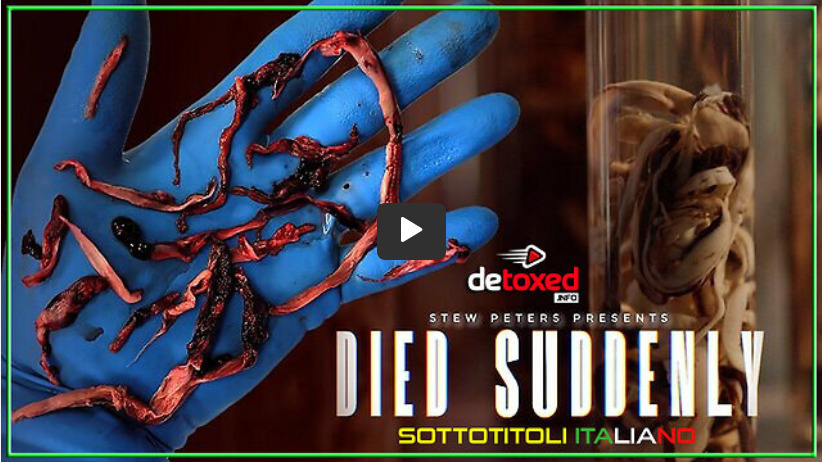 Editor’s Note: If you have learned something about how the pushers of the Great Reset say the contrary of the truth, you can turn this road side 180 degrees around and point it right back to the real perps.  — This is very low grade propaganda, and it shows that they are desperate to divert attention to their own culpability. 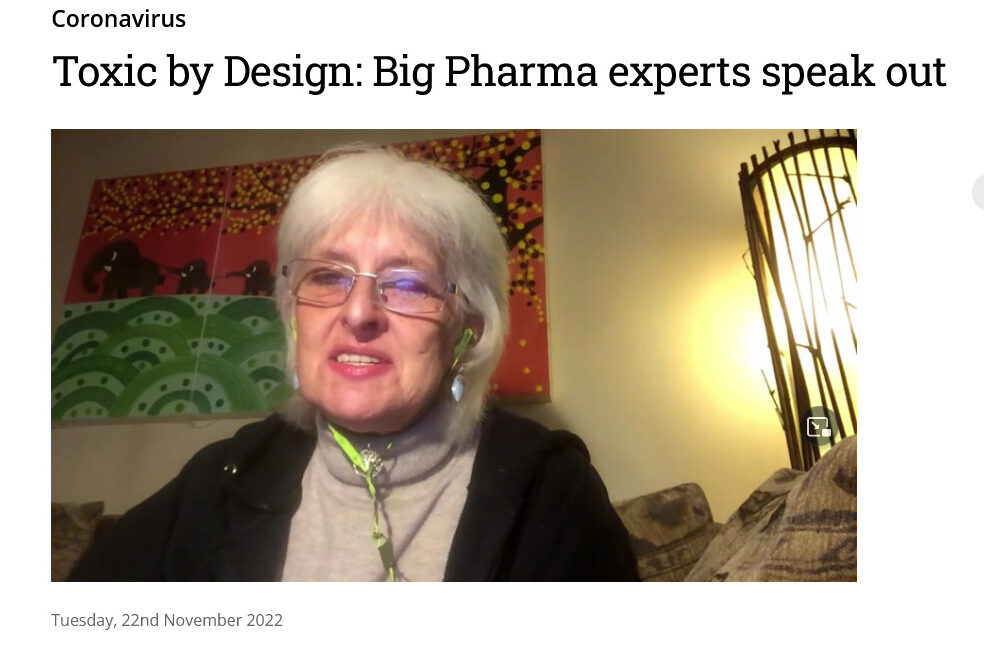 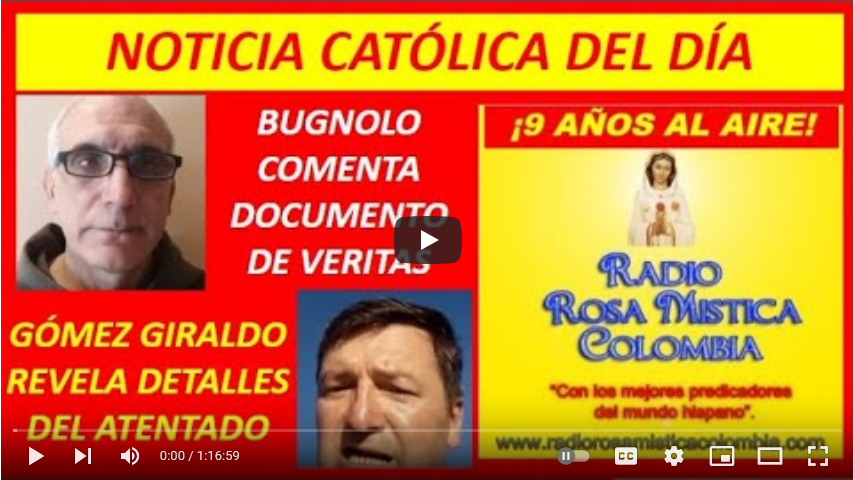 Because a victim has filed a lawsuit against Pope Benedict, some weeks ago, it will be useful to publish this interview from 9 months ago, which explains the circumstances of the accusations brought against the Holy Father, after the biased report of the Diocesan Commission authorized by Bergoglio’s Cardinal Marx in Munich..

ISW: “This rhetoric is openly exterminatory and dehumanizing and calls for the conduct of a genocidal war against the Ukrainian state and its people, which notably has pervaded discourse in the highest levels of the Russian political mainstream.” @CNBC: https://t.co/ZUTwbtUYmN

🇺🇦Good morning, its day 275 in Ukraine and our National Anthem performed by American Singer Presley Duyck is 🔥 pic.twitter.com/9VnGF3b9jb

This crime against humanity perpetrated by the Soviet Union, assisted by its collaborators in the Pilgrim Society of Oxford, England, and Skull and Bones Banks in New York City: the former of which censored the news, and the latter of which purchased the stolen grain to sell in the USA.

Father Geraldo, a priest in communion with Pope Benedict XVI, was assaulted following a meeting in which a group of priests in Colombia publicly denounced Bergoglio. Here is one of the first reports online which interviews the victim.

It has become almost routine that there is daily news about corruption in the Vatican City State among Bergoglio’s proteges.

The Bergoglian “Cardinal” Becciu, among them, is now again in the news. This time for allegedly running a criminal ring in Sardinia, his homeland, in which relatives and friends falsified receipts for the delivery of bread, to justify payments received.

The above article, in regard to the criminal charges against Becciu at the Vatican, relates the activities of the Vatican prosecutor, thus:

Cardinal Angelo Becciu has been named in an investigation, along with other persons, for criminal conspiracy.  The charge has been made by the promoter of justice, Alessandro Diddi, on the occasion of the hearing in the case on the administration of funds for the Secretary of State.  Diddi has also referred the charges to trial on the basis of the accusation of the associated crime under the jurisdiction of the Tribunal of Sassari communicated to the Vatican, in their dossier compiled during their own investigation of the conduct of the Cooperativa Spes di Ozeiri, which is headed by Becciu’s brother Antonio.  During my interview of both the Cardinal and his legal defense team (among which are the attornies Fabio Viglione and Maria Concetta Marzo), I was told that they knew nothing of this additional dossier.  Even though it treats of a parallel investigation, the procurator general, Diddi, has decided to file its results as part of the current investigation, considering them, as he does, relevant to the case. 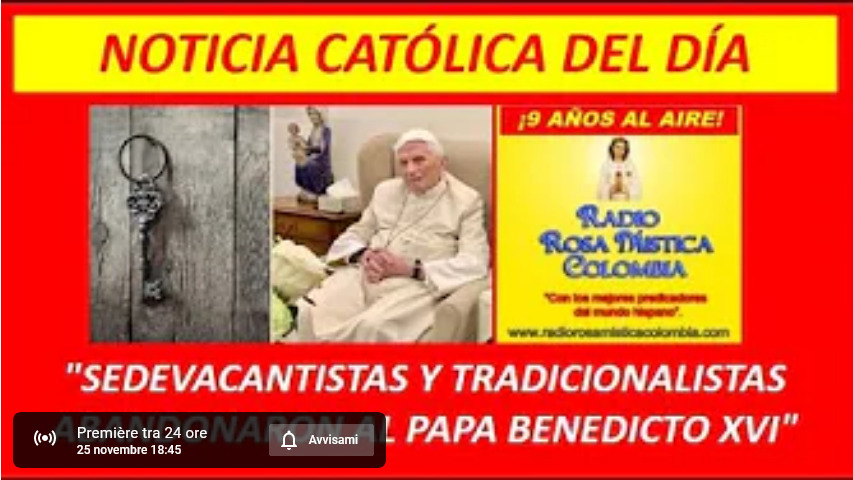 Editor’s Note: This is what every head of state needs to be subjected to for the rest of their lives, just as the butchers of World War II were pursued to the ends of the earth.

"At peak of Holodomor, 28,000 died of famine every day. World was silent, and as result, millions died

“This is happening again now in part of🇺🇦occupied by🇷🇺. Only way to stop this is to help Ukraine liberate all occupied areas,”🇨🇦MP Ivan Baker in Parl pic.twitter.com/7Qbk3RasME

Editor’s note: Even pagans can see it, from all corners of the world. Heavy and inexorable shall be the judgement, therefore, on those of the flock of Christ who continue to deny it.

BOMBSHELL from @AaronSiriSG, my lawyer in the UC case, who fought for over 1.5 years to get the V-Safe data from CDC, just publicly released: data shows 7.7% of 10 million users reported having to receive medical care after receipt of shot... https://t.co/DmZupwx8GY

The #Chinese #CCP has veto power over what the #USA sends to #Ukraine in the way of military armaments, revealed secret conversations between #Biden and #XI showhttps://t.co/wnExMCPec0

A truly glaring anomaly occurred in the international coverage of the election dispute in Brasil following the recent proclaimed victory of the far-Left ex-convict’s claim to victory after electronic voting machines returned statistically different results than the entire rest of the country, for a few electoral districts.

For more than 3 weeks, any search on any search engine resulted in no results whatsoever about any election dispute in Brasil. Nay, rather, all the results were of the absolute certain victory of Bolsonaro’s opponent in last minute counts.

However, yesterday, after filing a petition with the Supreme Electoral Court to annul the results of the electronic voting machines, because they lacked to file their reports with identification numbers, all the main stream media throughout the world jumped immediate to publish that the court had slapped Bolsonaro’s party, the PL, down.

Even the news, yesterday, that such a petition was filed, was scarcely found on the net or social media:

None of this proves one way or another which side is telling the truth. But seeing that both sides are Masonic parties, it is clear that we are seeing a vicious rivalry for power, one nation after another, between the three main forces in international Freemasonry: the Skull and Bones Lodge and those controlled by the Rothschilds and Pilgrim Society.

Editor’s Note: This is the understatement of the year….. The fig leaf covering the anti-pontifical of a globalist shill.