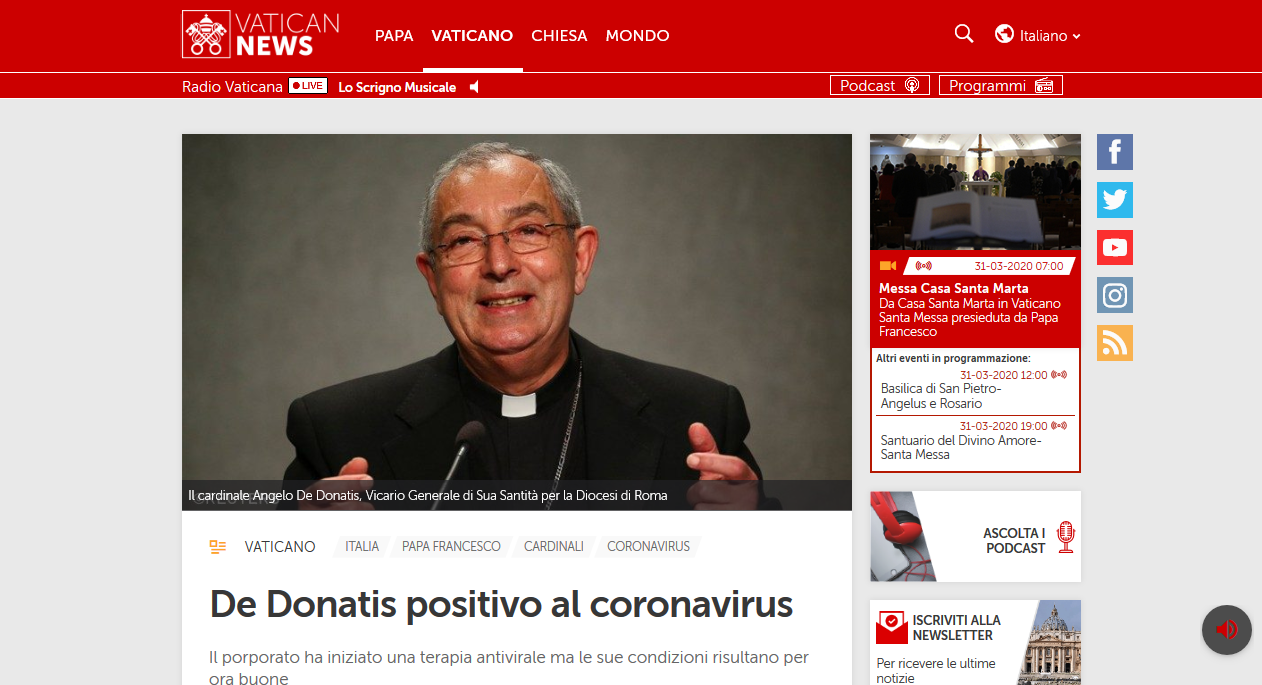 The acting vicar of Rome, appointed by Jorge Mario Bergoglio, has come down with Coronavirus. So reports Vatican News. The test results of the swab he took yesterday, came in 4 hours ago positive. He was running a fever and thought to have the test done. Now he has been transferred to the prestigious Gemelli Hospital, in NW Rome, which has been nominated the Coronavirus hospital for the city.

His closest collaborators have all, now, been put in quarantine.  The follows the reports from the Vatican of the spreading Coronavirus epidemic there, also.

Father Angelo de Donatis is a priest of the Diocese of Rome, elevated to cardinal vicar and consecrated a bishop. He was the first to shut down the Churches in the Eternal City, before the Conference of Italian Bishops followed suit a few days later. He has been the object of much criticism, and outcries over his dastardly deed caused him to  reopen the Churches just days later, while maintaining the suspension order against all public services.

Needless to day, since he holds no office in the Church with such authority, his commands are both illegitimate and illegal. But the clergy of Rome, confused or careless about who is the real pope are nearly all following what De Donatis commands.

De Donatis has angered many of the clergy also, by appointing a raving Marxist as Rector of the Diocesan Seminary. Seminarians are now subject to the most banal formation and required to listen to the most bizarre harangues on environmentalism.

Under De Donatis, the Diocese adopted a pastoral plan for 2020 called, Opening your Heart to the needs of the City. — His closing of the Churches seems not to have been included in that plan!

Ironically, at the Shrine of Our Lady of Divine Love, where he celebrated with Bergoglio asking God’s intercession for the Diocese against the Coronavirus, he said that the true therapy for the present times is trusting oneself to the Hands of God.

But, since God is just and De Donatis forgetful, it remains for the faithful to recall the words of scripture reproving the wicked who presume of themselves:  It is a terrible thing to fall into the Hands of the living God (Hebrews 10:31). 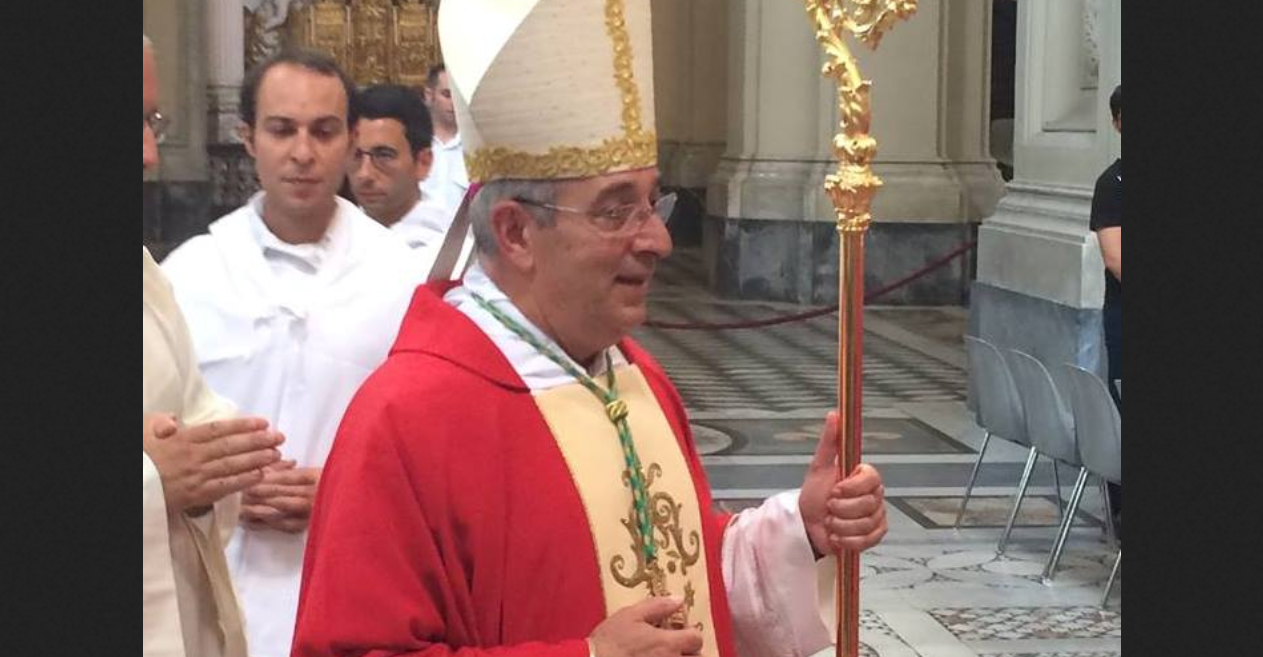 In the course of not even 24 hours, Angelo De Donatis, the acting Vicar of Rome, has gone from imposing an interdict upon all the faithful of the Eternal City from entering Churches and chapels, to pray the Rosary or adore the Most Blessed Sacrament, to removing the same, but only as much as regards Parish Churches of the City.

You can read his new Decree here.

I sense from the Italian used, that Angelo De Donatis was forced to issue the decree closing all the Church by Jorge Mario Bergoglio. I say this, because, in his partial revocation of the terms of his first decree, he does not name Bergoglio, but seemingly identifies him with the words:

In fact, he seems to be making a reference to the Declaratio of Pope Benedict XVI, of Feb. 11, 2013 — commonly called Pope Benedict’s renunciation — wherein the Holy Father calls the one to succeed him the Supreme Pontiff, but not the Successor of Saint Peter, nor the Roman Pontiff.

If my observation is correct, this represents a massive shift among the clergy of the Diocese of Rome. The hateful shutting of all the Churches may have made them realize that Bergoglio cannot be the true Pope, because he lacks entirely the charismatic gift or munus of the Petrine Office.

In the meantime, I predict further modifications of the decree, because the religious of the city, who do not run parishes depend upon the support of the faithful of the city, and will shortly demand that their own churches be opened again, especially since most of them are backed by international religious institutes with a lot of ecclesiastical, political and financial power.

If this be the case, then it will represent the first united push back by the Church of Rome against Bergoglio’s claim to power. And that will be truly a changing of the tide.

If the Corona panic has caused this, then we should thank God for it. In the mean time, let us remember all the deceased in these last months — from whatever cause — in particular those who have been denied a public funeral, in our prayers!