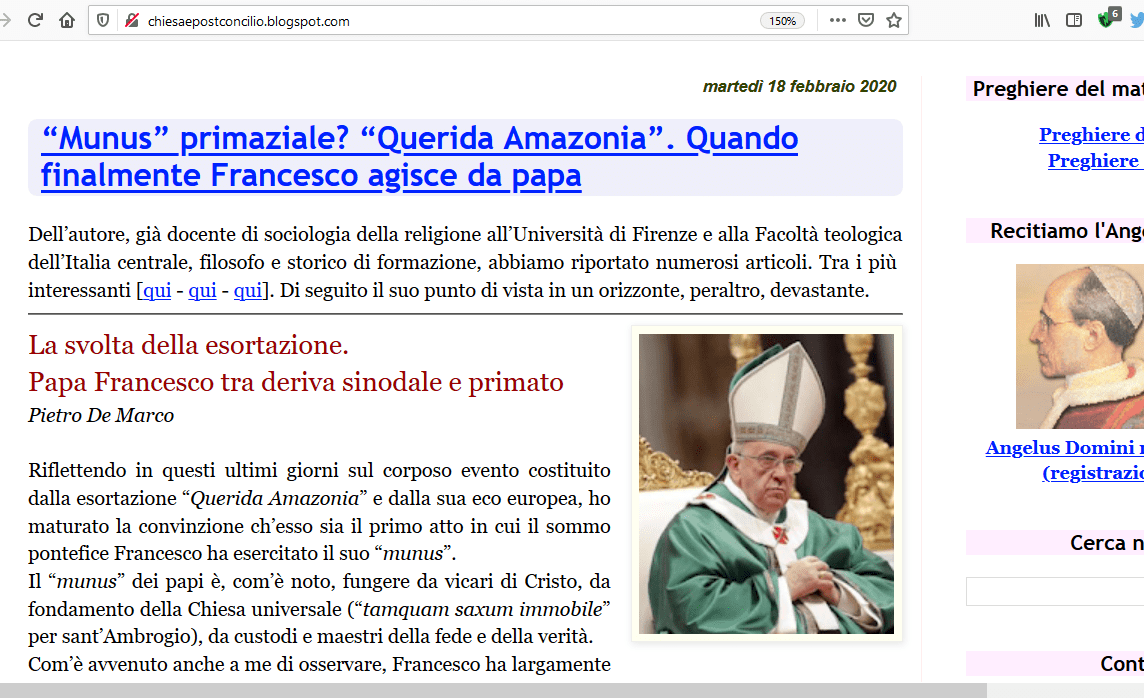 Bergoglio’s recent heretical document, Querida Amazonia — beloved Amazonia — is an outstanding example of jesuitical deceit: while not saying openly what many expected it to say, it approved of it. But worse of all it insisted that use of idols is not idolatry! And advocates their use in the Liturgy!

For anyone who knows the least thing about Catholic Tradition, that should be the last straw, because the opposition to idolatry is at the core and foundation of the Catholic Religion in all the examples of the ancient Martyrs of the Church and in all the works of art and architecture!

But now, you have Trad Inc., except for a singular case here or there, praising Querida Amazona. They are going so far to say it is a victory, a catholic document!

Over at Chiesa E Post Concilio they are even saying that its publication has shown that Bergoglio is at last acting like a pope! — I have to barf!

Why is it that as soon as Bergoglio began with the public idolatry that Cardinals Burke and Sarah and now seemingly Trad Inc. have all of a sudden found that there is absolutely no doubt that Bergoglio is the pope, that he is catholic and that he is acting like a pope!

Have they all lost their minds? Or do they now recognize in him something primal in their own religiosity?

CREDITS: The Featured Image is a screen shot of the Traditionalist Blog mentioned in this article, and used here in accord with fair use standards for editorial commentary.