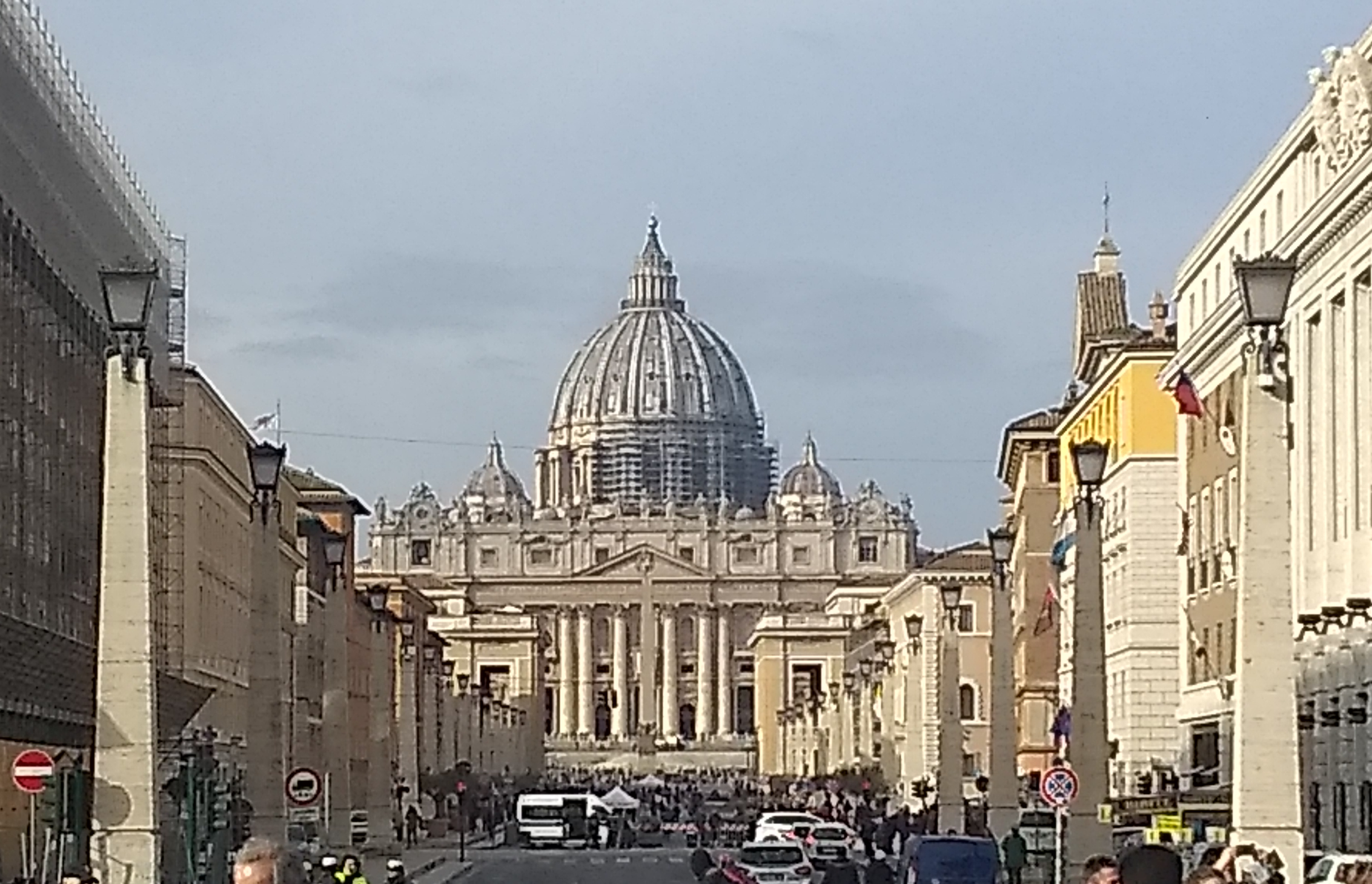 The student of the history of the Catholic Church cannot ignore the fact of its longevity. It is the only visible institution in the history of mankind to outlast every government and temporal power, and every other kind of institution — using the term properly — of mankind. Countless Empires, Kingdoms, Duchies, Principalities, Unions and Nations have come and gone, but the Catholic Church remains.

This truth is found also in regard to the Apostolic See: the institution of the Papacy.

A fisherman — we do not even know if he was literate — from Galilee one day drops his nets and follows Jesus’ call to be a fisher of men. He tramps around the dusty byways of Galilee for 3 years hearing Him preach and seeing Him work astounding miracles. And one day, after giving the right answer to a single question, he received in return, the promise of the an amazing office, and had his name changed, from Simon bar Jonah, to Cephas, the Rock — which is rendered in Latin, as “Peter”.

The meaning of this name has been variously explained by theologians and ecclesiastical writers for 2000 years, but, here I want to consider the effect of that name in history.

Because, if you read the history of the Church, you see that that Name also has a meaning: the Rock, against which every power which takes up its hand, has been broken and destroyed from history.

This fisherman, after many labors and wanderings, came to Rome, and probably was seen fishing along the Tiber, where the fish are wont to be seen, down near where the Via Conciliazione leads today. He preached Jesus and with another man, called Saul of Tarsus, but who changed his name to Paul, they founded the Catholic Church at Rome.

There was Nero, who put Saint Peter to death. But Nero was almost immediately murdered by his supporters.

There were 9 more persecutions in the Roman Empire, and every one failed to exterminate the Church at Rome. Each of the Emperors involved, was quickly removed from power by his enemies.

When the Roman Empire fell, the Church of Rome and its Pope remained. The entire inheritance, cultural and physical of the eternal city fell into the hands of the Church, in a historic irony the importance of which is not ignored by all historians of Rome. Even the chief title of the religious leader, the Bridge-builder, in Latin, Pontifex, was inherited by the successors of that Galilean fisherman.

The Lombards sought to subject the Pop to their authority in the 6th Century, but the Kingdom of the Lombards has passed into history. The Greek Emperors tried in the 7th and 8th centuries, and their Empire has long ago fallen. The German Emperors were rather unique in this that they often came to the help of the Apostolic See, when it was tossed hither and thither by the rival clans of Roman Nobility, all of which have passed into history.

In the Middle Ages, a King of France at the beginning of the fourteenth century, sent his thugs to beat the pope to death. And not only did he die shortly afterwards, his dynasty is extinct, and his Kingdom is no more.

In more recent centuries, the Kingdom of Piedmont — which renamed itself the Kingdom of Italy — attempted to exterminate the Papacy, but it too is no more. The very enemy of the Apostolic See, after little more than 70 years, was conquered by all the forces of the West, in the Second World War and the Dynasty which governed it remains still, in its male heirs, exiled from the Italian peninsula.

From this we can see, that the Apostolic See, the Office of Peter, is the Rock of history. It is a Rock like a shoal in the sea, where, if any man dare to chart a course against it, he is smashed and defeated.

For these reasons, we can be sure that we shall soon see the power of that gift which Our Lord gave to that Fisherman from Galilee. Those who attacked him over His book on Celibacy, will shortly see their entire project smashed.

It cannot be otherwise, because he alone is the True Peter, the true Rock of the Ages.

CREDITS: The Featured Image if a photograph of Saint Peter’s Basilica, built over the spot where the Fisherman from Galilee was buried in 69 A. D.. It was taken by Br. Bugnolo.