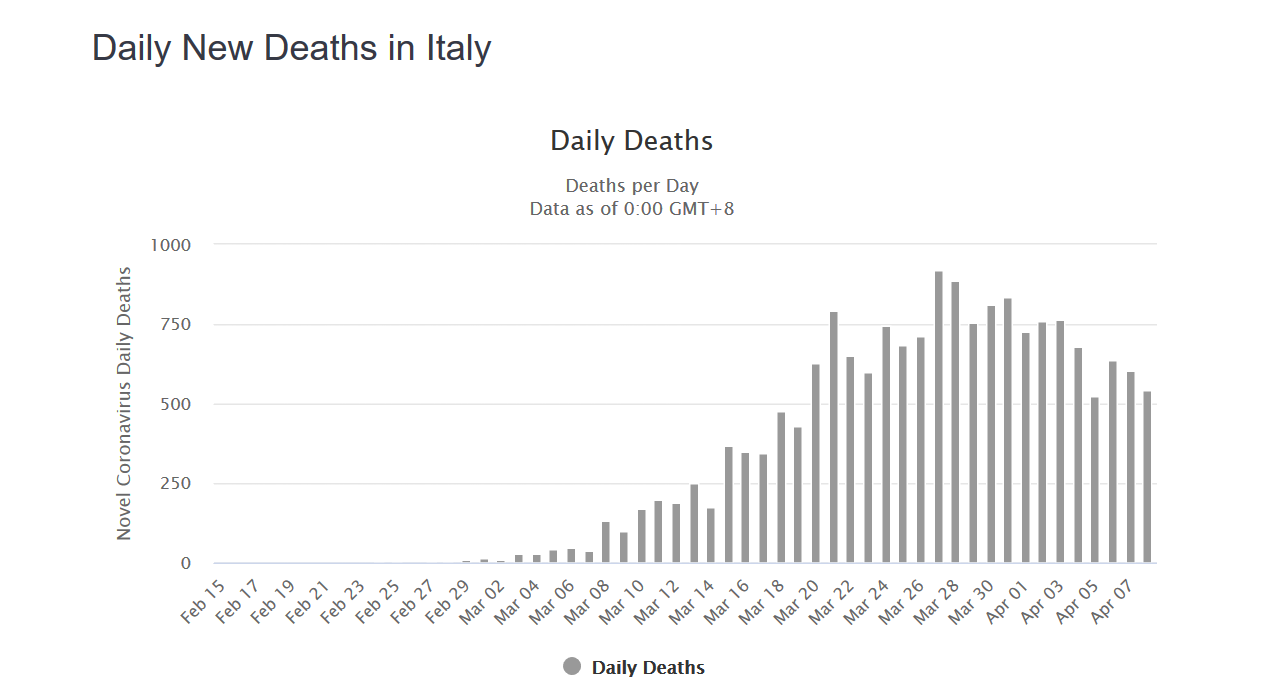 By now, if you had any lingering doubt that COVID-19 might actually be a pandemic which is serious to some degree, you have all evidence to see that it not only never was, but that it was entirely hype from the beginning, to serve the interests of those who want Corona Control and mandatory vaccinations.

This can be seen from the uniformly consistent behavior of governmental authorities in establishing procedures to unscientifically and contrary to all medical practice inflate the death numbers attributed to Coronavirus by claiming all who died with the Wuhan virus to be listed as having died from it, even if the deaths were unrelated.

This has been widely reported in Italy, but now numerous reports from the U.S.A. confirm that the CDC, the Center for Disease Control and Prevention, the U.S.A. Governmental agency charged with responding to infectious diseases, is ordering medical professionals to put speculation on the certificate of death, and to specifically speculate that deaths were caused by COVID-19 contrary to all medical ethics.

Consequently, even State Boards of Health, in the USA, are promoting the devious practice, as is evidenced in this TV news report from Minnesota.

SHOCKING: MN Sen & Dr. @drscottjensen said that he received a 7 pg doc from @mnhealth to fill out death certificates with a diagnosis of #COVID-19 whether the person actually died from COVID-19 or not.

Ann Barnhardt exposes the CDC’s conspiracy to inflate numbers in a recent post at her blog.

The intention to inflate death numbers has only one purpose: to maintain the panic and to justify the lock down continuing. Too many socialists and globalists and satanists want it to continue. Too many are reeling for joy that we have all been locked up like livestock. They are just licking their chops at the thought that they can with legal impunity start pumping vaccines into us to do to our bodies what Bill Gates did to computers with MS software. It’s totally pathological.

YouTube.com is on board with the program too. Just got to their platform and do a search for “Coronavirus death statistics faked”, and see what videos turn up. That’s right! Only videos which TELL you that deaths are a lot higher than being reported and that anyone who doubts this is fake persona and spreading disinformation! 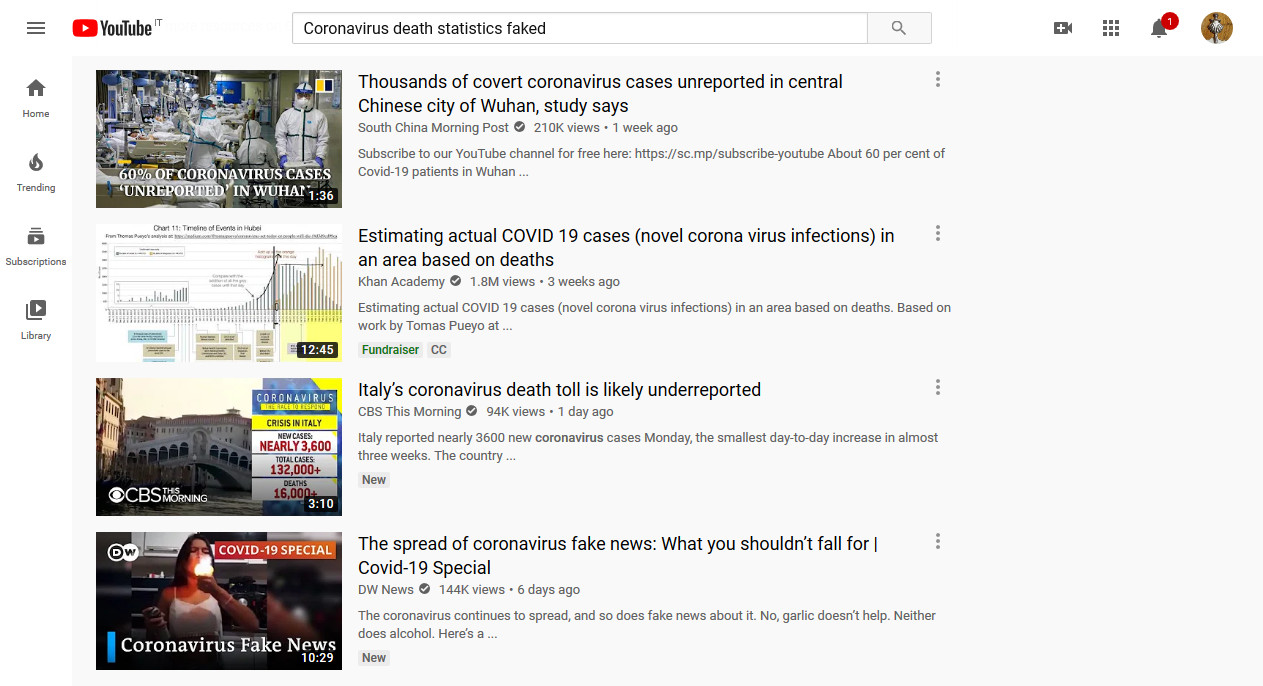 In addition, other actors are entering the fray to continue the Hype.  In the U.S.A., the Department of Homeland Security is attempting to psyop Christians from returning ever to Church, by claiming in a recent bulletin, that terrorists are more likely to target Christian Churches after Coronavirus because they will blame Christians for spreading the disease. Talk about trying to incite the outcome! Oh, and it is not surprising that LifeSite News, ever in the tank for Bergoglio as the Pope, is pushing the provocative report.

In Italy, as death numbers clearly fall — evidently they cannot euthanize enough elderly to make them rise any more — because the winter flu season is ending with the onset of many a bright an warm day, as we have enjoyed here at Rome this week — the governors of regions are attempting to increase the panic by demanding that everyone go around with a face mask at all hours. They want to make it a political sign that you accept the Hype and are not — Heaven forbid! — A Corona DENIER!

CREDITS: The Featured Image above is today’s graph, by Wordometers of the daily deaths being claimed by the Italian government for COVID-19, even though they admitted only 12% actually have such death certificates claiming such. Divide every tally by 8 to get perhaps the real numbers, though in Italy, a death certificate saying you died from Coronavirus only means that a test, which gives 50% false positive results, claims you had Corona when you died, not that you died from it. So you can probably divided by another 2, at least.