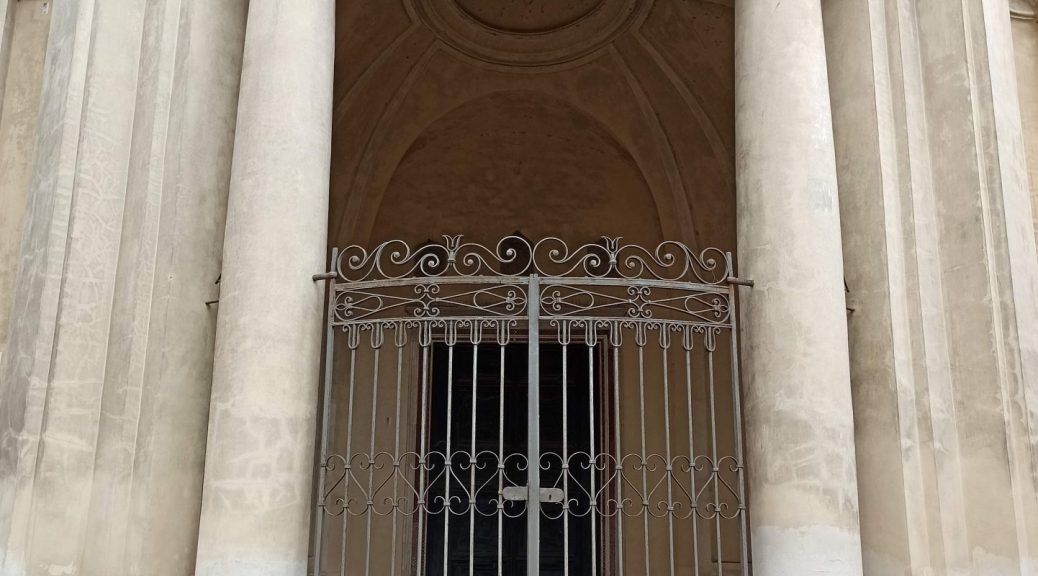 It has been reported that Cardinal Burke has recently remarked that canonists, seeking a solution to the current problem of a patently heretical pope or a dubious papal resignation, have found no canonical way forward in the present juridical system of the Church.

To this alleged assertion, I intend to response with this brief essay, as it becomes all the more clear to a majority of the faithful and bishops who have been paying attention, that Bergoglio was never canonically elected and Benedict never canonically resigned.

First of all, it must be said, that in truth no canonical solution is required, if by “solution” one means putting into practice a special juridical tribunal or making a special appeal to some particular body. This is because, the real and simple solution would be to PUBLICLY simply ask Pope Benedict XVI what he did and intended to do and accept that. — Or as Ann Barnhardt proposes, in the case of Benedict truly thinking by error that the papal dignity can be shared, to rebuke him for his error as St. Paul did St. Peter, and publicly call on him to recognize that — and, as I would add, to renounce the papacy wholly if he no longer wants to be the pope. (Though this must be after some decision is made regarding to the invalidly nominated Cardinals and Bishops, and the invalidly appointed members of the Roman Curia and Vatican government)

But if one means by a ‘canonical’ solution a special event or action to rid the Church of Bergoglio or put an end to the controversies on these matters, then there needs to be a canonical justification for such an action. And that is what I intend to expound, herein.

In the Middle Ages, when the Church was faced with apparently insolvable doubts about discipline, and in particular, about who was the real pope, She convened councils and synods. This is how the Church sought to end the Great Western Schism which began in 1378 when the college of cardinals claimed to have elected in separate conclaves two different men as the Pope. The general council of Constance (1414-1418) was called to end that conflict, and obtained the resignation of the two rivals, and paved the way for the election, by compromise and unanimity of all the real and alleged Cardinals, of Pope Martin V.

Before that at the Synod of Sutri in 1046, the clergy of Rome, to whom there pertained the right of electing the Roman Pontiff, were convened at the request of Henry III, King of Germany, to sort out which if any of the three claimants to the papacy: Silvester III, Benedict IX or Gregory VI were the pope.  That Synod deposed all three, and paved the way for the election of Pope Clement II on the vigil of Christmas of that year.

The Church has always accepted as canonical, valid and legitimate, the actions of both of these synods. And that establishes the precedent upon which an argument for a future synod, after the manner of that of Sutri in 1046 can be made.

The first problem, however, is that in the present Code of Canon Law, synods and councils are called and convoked by the Pope.  It expressly says in canon 344, that “A Synod of bishops is directly beneath the authority of the Roman Pontiff, to whom it belongs, n. 1, to convoke the synod, howsoever often it seems to be opportune, and to designate the place where its meetings are to be held”. Indeed, both at Constance and Sutri both or at least one of the rival claimants to the papacy convoked the meetings.

Since it is unlikely that Bergoglio would ever convene such a synod, and while it remains unlikely that Benedict would be allowed to publicly call for such a convocation, there remains to consider other arguments to justify such an assembly.

These can be classified into two categories: arguments from divine right or ex iure divino; arguments from necessity or by natural right.  Both categories have supreme authority, inasmuch as the divine and natural laws are both promulgated by God, the former in the Gospels and the latter in creation.

I will begin with a consideration of natural right, which is the weaker of the argument, inasmuch as it is more indirect.

The necessity of the Church requires that it have a government which is united. The existence of two popes makes that unity impossible.  Since the subjects of every society have the right to know the identity of their government, the Church has a corresponding duty to Her members to not delay to identify Her own earthly head in a public declaratory manner.

As for divine right, there are several arguments which could be advanced.  the first is that the highest law of the Church is the promotion of the salvation of souls. And since no one can be saved who is not subject to the Roman Pontiff, as Pope Boniface VIII magisterially taught in his bull, Unam Sanctam, it is a practical necessity of all the faithful to be subject to the true pope. And hence the Church is gravely obligated, in all her members, to put to rest such a doubt with an authoritative declaration.  This is the argument of natural right raised to the level of the supernatural.

The third argument from divine right is that the Bishops of the Church, inasmuch as they are successors of the Apostles, while they each have a duty towards their own flocks, nevertheless all share in the duty of being responsible for the government of the whole Church universally, and that in the case of an Apostolic See impeded by doubt about who is and who is not the real pope, they have the right to make a public declaration of the matter.

In fact, as regards this latter argument, many Synods were called by bishops locally, during past schisms which resulted from more than one claimant to the papacy.  In such cases, these Synods were called at the request of Kings and Princes, by under the authority of the primate of the Kingdom and other Archbishops of those territories. And indeed, in such cases, there were occasions in which the Synod of this kingdom rendered a decision differing or concordant with the decision of synod of another kingdom.  This happened often in the Great Western Schism (1378-1415).  Even during the schism under Bl. Urban II or the antipope Anacletus II, several councils were held in France to repeat the decision in favor of the true pope.  So that there be only one Synod rather than more is not even a necessity.

Now the strongest argument against calling such a council or synod is that it would never be legitimate canonically unless it be called by Pope Benedict XVI or by Bergoglio, depending upon which you think is the true pope.

But the stronger argument is this: Since every Bishop has the right and duty to remain in communion with the true pope.  This is implied formally in canon 392 §1, which says:

Since he is obliged to defend the unity of the Church universal, the Bishop (of each diocese) is bound to promote the common discipline of the whole Church and hence to urge the observance of all ecclesiastical laws.

Thus, if a Bishop is obliged he has a right to act, and if he be bound to promote the common discipline, he is even more bound to uphold the terms of Canon 332 §2 on papal renunciations and canon 1364 regarding heretics, apostates and schismatics, even if they intrude upon the Apostolic See.

As for the convocation of such a Synod, this too is a duty of the Bishops in virtue of their specific obligation of communion with and visits to the Roman Pontiff (cf. canon 399) every 5 years, because a Synod held in the presence of the Pope is nothing more than a public audience of the Pope held in the presence of the bishops to hear from his own mouth his instructions and councils and explanations and to hear from their own mouths, their needs and questions.

Another avenue is the Provincial Council, which can be convened by the Metropolitan Archbishop (canon 442) when the majority of bishops in that ecclesiastical province agree (canon 440), and though this can only be done with the approval of the Apostolic See (cf. canon 339), it would be sufficient that one of the claimants to the papacy remain silent, to grant the tacit permission to convene the Synod. In a provincial council, the Metropolitan determines the place, procedures, questions, time of opening and can transfer, prorogue or dissolve the assembly of bishops (canon 442 §1 n. 3). In the case of there being no valid Metropolitan, this can be done by a  validly nominated suffragan Bishop elected by other valid suffragan bishops (canon 442 §2). Canons 443-446 specify how to conduct a Provincial Council.  And it is noteworthy to note, that the Synod of Sutri in 1046 was most likely a Provincial council.

Perhaps the most risky of all solutions, however, would be to await the death of one or the other claimants and allow the Cardinals who recognize Benedict XVI as the true Pope, to meet and make a public declaration for Pope Benedict (when Bergoglio passes away or resigns) or to proceed to elect his successor in a new conclave, depending on the case in question. Though I think that a public declaration by the Cardinals would still require a public confirmation by Pope Benedict XVI or a Synod).

CREDITS: The Featured image is that of the doors of the Cathedral of Sutri. All rights reserved by FromRome.Info.