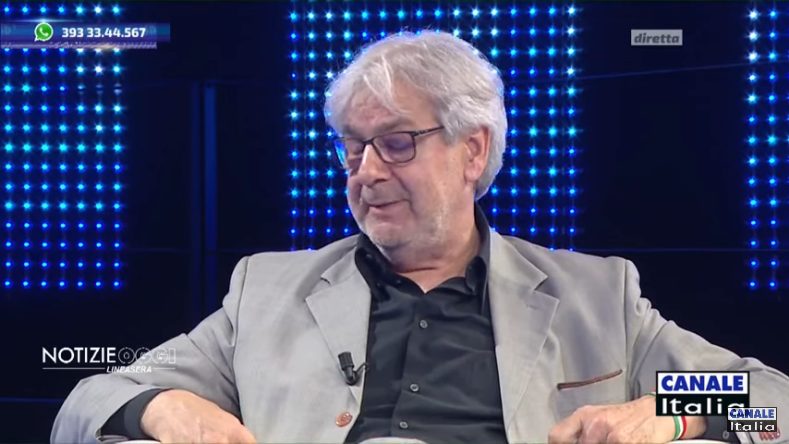 May 15, 2021:  There are those who continue to be incredulous at the claims and warnings of those who opposed the Great Reset that much greater evil is being plotted and planned by the Globalists against the liberty of us all.

I for one have warned repeatedly that the Globalists will be silencing voices of opposition in 2021.

And now it has begun to happen.

Yesterday, one of the most popular political speakers in Italy, Diego Fusaro, had his YouTube channel demonetized.  He also appears regularly on Radio Radio, the most influential Marxist Radio station in Italy, which was founded decades ago. He has nearly 200K subscribers and more than 800 who pledged monthly. YouTube removed the adds and zapped his paying subscribers.  The reason?  His exposés of the agenda of the Globalists were considered “dangerous” to the public order! Here Diego Fusaro, who participated in the conference on the Great Reset, alongside me, on the Anniversary of Lepanto, last year, explains what happened to his channel, in Italian:

https://www.youtube.com/watch?v=SEahCam4p8k&feature=youtu.be
But that is nothing in comparison to what happened to Armando Manocchia, editor of one of the leading electronic newspapers of Italy, the Imola Oggio, which has been in existence for more than a decade.
On the Morning of May 12, last, at 6:30, more than a dozen Carabinieri knocked on his door and presented a search warrant. They searched his house in the presence of his wife and mother of 89 years, for evidence to determine whether, as accused, he has threatened the life of the President of the Republic:  a charge entirely unfounded, according to Manocchia, and entirely improbable according to all who know of his spotless character. In his interview on Canale Italia, where he hosts a Nightly Show every Sunday, criticizing the Government and Great Reset, he explained what happened.  He holds that he is guilty for being white, male, heterosexual, a faithful Catholic and a critic of injustice and illegality.

On the newspapers which upholds the regime, il Resto di Carlino published a story about the investigation, which includes not only Armando Manocchia but another 10 Italians accused of promoting hate against the President, Sergio Matarella.

I, myself, have certain information which makes me suspect that my arrest will follow shortly, for some trumped up charge. Indeed, many Italians are of the opinion that my encounter with the police on May 1 was politically motivated.  Please pray for us all, as we boldly speak out against the injustices you are all facing this year.