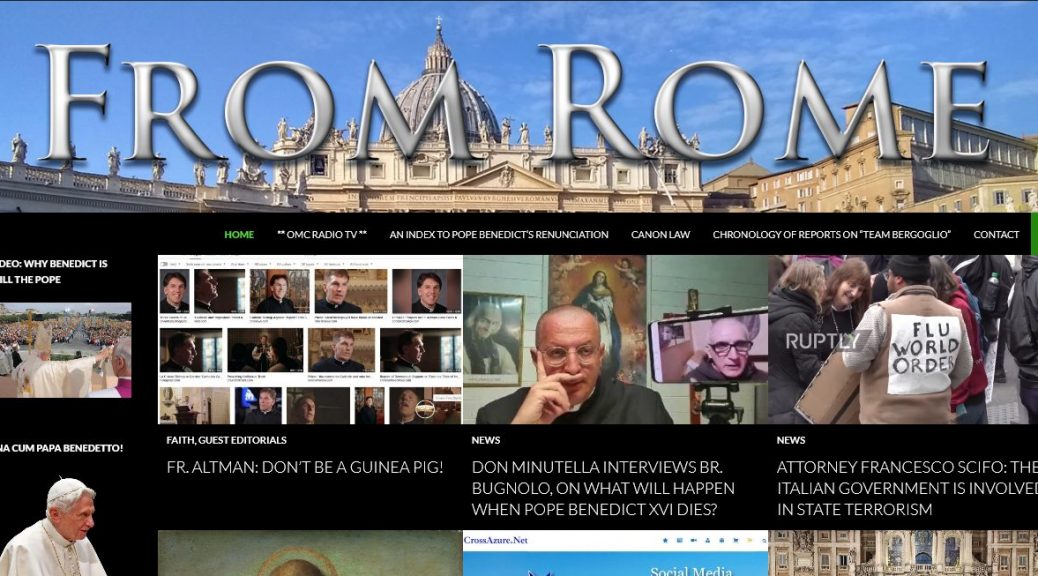 From the statistics you can see the magnitude of what has been going on, here at FromRome.Info.

The Cyber War declared on FromRome was about 20x greater in magnitude than the standard background hack attempts against the website.

FromRome.Info could not have defended against this massive attack without the help that its readers had given in the previous weeks to upgrade the server and increase its physical capabilities.

The bruteforce attacks and complex attacks have been totally repelled, and the cyber campaign against FromRome.Info is now nearing its end as our server has blacklisted nearly all the servers used in the attack.

The victory in this battle belongs to the Readers of FromRome.Info who were so generous, so promptly, that I was able to unwittingly make preparations for defense, before even knowing an attack was being planned. Without your help, FromRome.Info would have been taken down and perhaps even damaged.

TECHNICAL ANNOUNCEMENT: I expect to be able to revive Commenting and the Top 10 List in a day or so. I ask your continued patience.