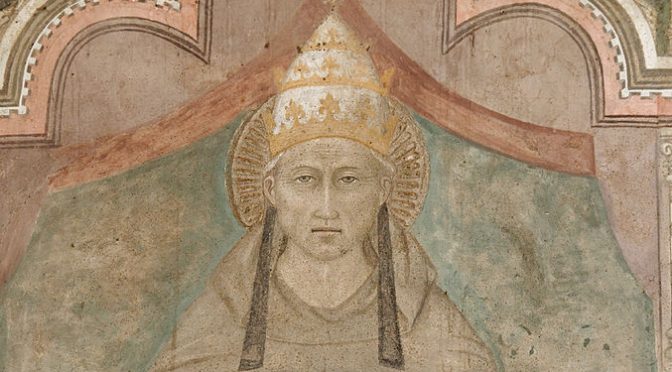 For more than 8 years Catholics have discussed and debated the  Declaration of Pope Benedict XVI, what it means and the peculiarities of its formulations.

Now after 8 years, it is more and more clear that it is not a Papal Abdication, but only an act of retirement, which renounces service but retains all power, authority, office, title and dignity.

This becomes clearer if we look to what words a canonized Saint, Celestine V, used to renounce the Papacy.

Here is my own translation into English:

I, Celestine V, Pope, moved out of legitimate causes, that is, for the sake of humility, and for a better life, and for a wounded conscience, by the debility of body, by the defect of knowledge, and by the malignancy of the plebs, by infirmity of person, and so that I might repair to the quiet of my past consolation: voluntarily, and freely cede the Papacy, and I expressly renounce the position, and Dignity, the burden and honor, and I do give full, and free faculty from hence forth to the sacred assembly of the Cardinals to elect and provide for the Universal Church a Pastor, so long as (it be done) in a canonical manner.

Notice how the Saint does not renounce insignificant parts or details of the Papal Office. He does not renounce the execution of his office nor his clothing, because he understands that when you renounce the cause or root of power, you have renounced all rights and duties which flow from it.  Thus he renounces the the position (locus) in which he was placed above all (this is the office), the Dignity, which exalted him above all (this is the superior quality which is inextricable from that), the burden (onus) which is the totality of duty not in its execution but in its imposition — this is one sense  of the munus — and the honor, that is the quality which demands from all other recognition.

Thus he has named all the essential parts of the Papal Office. And he renounces all of them.

That is how to renounce. And a canonized Saint has shown the way.

For anyone to claim therefore, that to say, “I declare to renounce the ministry which I received from the Cardinals”, is sufficient for a papal renunciation, makes a joke of the papacy and a very bad argument.