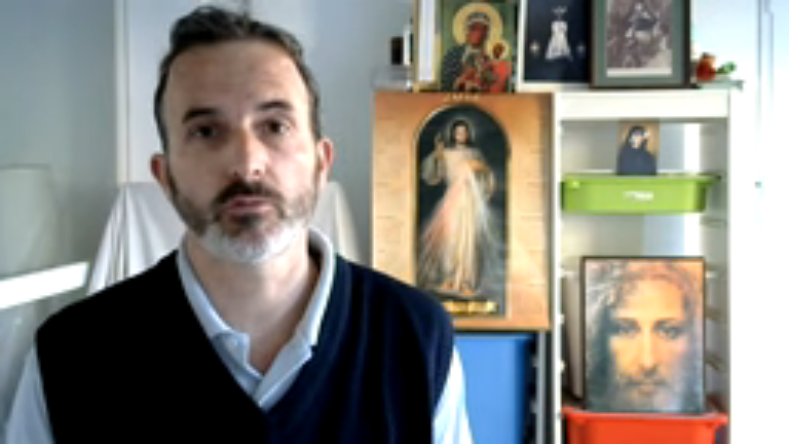 Translation of the original Spanish of the Letter of Testimony of Mrs. María Justa Carpio Sierra, of Badajoz, Spain, which was sent to the the editor of the channel, Auturo Periodista Cattolico, on Youtube, in reply to his report of Don Francesco d’Erasmo declaration for Pope Benedict on April 1, 2020.  Auturo felt necessary now to reveal the letter he received, today.

The editor, Auturo Periodista Cattolico, prefaces her letter with the following words:

In that video, I read Don Francesco d’Erasmo’s letter, and two days later (April 4) a supernumerary subscriber of Opus Dei wrote me an e-mail with a strong letter saying this:

I have been in Opus Dei since 1967. Thanks to its founder, I learned from his lips and his writings the formation that I have today, and also from other people in the work. I don’t think I have ever valued so much what the founder taught us until these very difficult moments in the Church, because I feel capable of discerning, with God’s help, where there is good and where there is evil.

That is why I join in, regardless of the consequences, with what Don Francesco D’Erasmo says, because I think exactly the same thing. From the beginning I felt that Bergoglio was not the Pope. His ways and manners left much to be desired, for he never dressed with the dignity of a Pope. And not only that, but his words, his actions and so many heresies he has said.

In short, I am writing this letter of mine and I would like so many people who are hesitant to take a step forward, because I do not understand why people with very good training are like that and do not see it.

I am writing this letter with total freedom and I am only responsible for what I say.
I give you permission to publish my letter.

Thanks Arturo, I watch all your videos.

God bless us all.

Finally, Auturo comments that he is very impressed by the letter because he says he knows many in the Opus Dei movement who are outstanding Catholics but who cannot speak with sincerity about Bergoglio and Pope Benedict XVI.