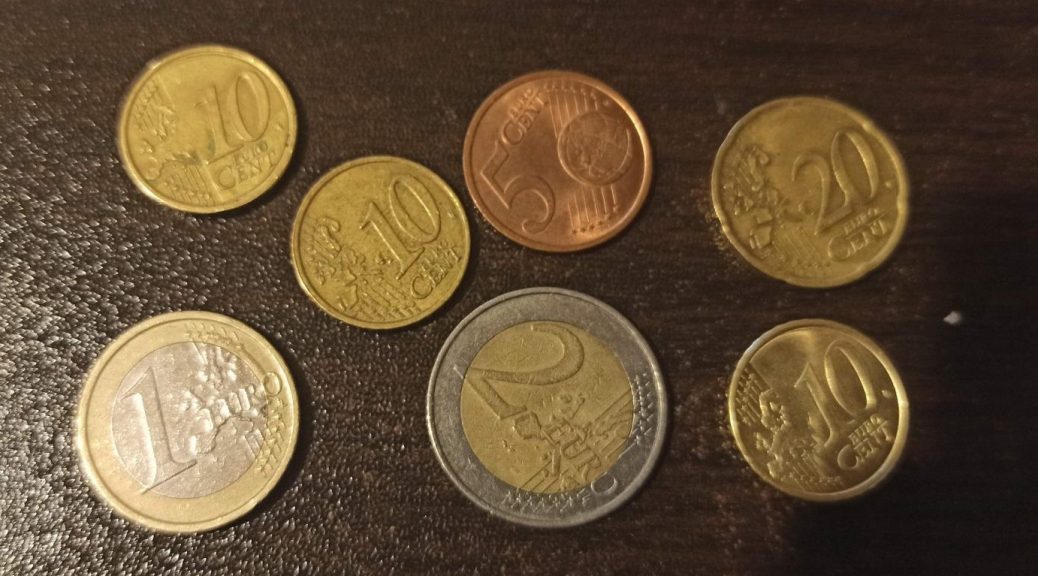 As you can see, the controversy over magnetism and vaccine injection points is not over. In the video above, a man who claims not to have received the vaccine, takes EU money (coins not made of iron) and places them on his arm and they stick.

As my father was a theoretical electrical engineer, I could not help to take notice.

As I watched the above video I kept the following doubts in the forefront of my mind:

Wanting to approach this from a scientific viewpoint,  I immediately procured myself of some European coins: the 10 cent, 20 cent and 30 cent.

Regarding myself as un-Vaxxed, because I have not been vaccinated for Covid-19, I immediate went to experiment on myself.

I took the 10 cent Euro coin and checked to see if it sticks. It does not stick to my nose, or any part of my body. But it does stick to my upper arm, so well that I can jump up and down and move it vigorously and it does not fall off.

So I tried washing the coin with soap, to remove an oils, and it stuck better. I did not use the alcohol which the man in the video used, since here in Italy it is not pure, but rather a concoction of additives for medicinal use on the exterior of the body, as cuts and bruises may need.

So now my attention is focused on the problem, as you can imagine! 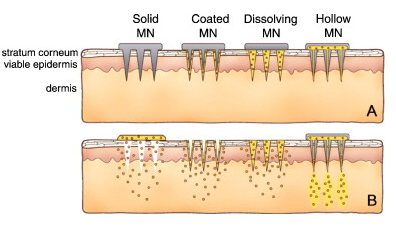 And yes, now I  remember that in 2018, when preparing for a missionary trip to Africa, I opted to get a Yellow-Fever vaccine, when I was in the USA, which was not approved for the USA, but was approved in Europe and Africa. And that I paid like $75 for it, and it was designed with a new process, not a needle, but a patch with microscopic points, covered, they told me, with substances to deliver the vaccine, but of the type which can deliver any sort of compound. They are called micro-needles. And since I have longstanding injuries in my right upper arm, from dislocated shoulders, I opted to have that vaccine delivered in my upper left arm.

And the 10 cent euro coin, which stuck to my arm, sticks to my upper left arm/shoulder, not to my right upper arm!

So now my personal interest in this story is at maximum level, as you can imagine.

So first I examined the question of whether what I am seeing could be caused by magnetism.

But as I mentioned, on account of my father, I know that most metals are not magnetic. And so asked what are Eu coins made of, and the answer is: nordic gold.

Nordic Gold is not gold, it is the name of an alloy invented “by Mariann Sundberg while she worked for the Finnish metal company Outokumpu”, according to Wikipedia.  It contains 89% copper, 5% zinc, 5% aluminum, and 1% tin.

But are these metals magnetic?  First let us examine the metal, Copper.

So when any of these: light, electricity or magnetism are in concentrated forms they can induce any other of these same around them.  Light has the weakest electro-magnetic capabilities, and magnetic fields have the strongest electric properties. Electricity stands between them as having abilities regarding both. this is why when strong current is sent into a light filament, heating it, that filament can produce tremendous quantities of photons, or light. It is also why an electric engine can create magnetic fields.  When current is moving in a metal, in a concentrated form, it induces, or you might say, creates, a corresponding magnetic field around it.

So yes, a copper coin in the presenc of a super-magnet can interact with it. The magnet can induce in the copper, fields which interact with the magnetic.  This explains the seemingly bizarre behavior seen in the second video above, where the magnet falls slowly through the tube of pure copper. It seems amazing to us, because we have not much experience with pure copper tubes of such mass and strong magnets.

So is it possible that super-magnetic nano-particles hidden in a vaccine, interact with Nordic Gold.

I consider it theoretically possible from my brief investigation, but the scientific proof will have to await rigorous study.  I for myself cannot figure out why my left upper arm and not my right has this effect. Nor why the EU coins do not stick to any other part of my body.

Another explanation, which is quite possible but very benign

I do reserve one doubt, however, still: namely the shame and pliability of the upper arm naturally cause some sort of adhesive reaction which causes metal objects of light weight to adhere to the skin. Such an effect is neither magnetic nor electric, nor hydrophilic, but is a simple sort of suction, such as used in suction cups. If this is correct, the human arm tissue at the upper arm is merely elastic enough to act like a suction cup.  I do not know how to test this, but it needs to be tested.

I suggest everyone trying to see if a coin sticks to the upper arm, report their findings, whether vaxxed or not. My upper right arm may not have this ability to create a suction do to the dislocation of my shoulder.

UPDATE from readers of FromRome.Info

REPORT FROM USA: Patient who had his blood tested 1 month ago, a US penny sticks to the skin above the point where the blood was drawn. Penny also sticks to upper arm, but not as well.