Following this report, the BBC filed its own report on how the WHO is ignoring Taiwan because of the WHO’s control by China. 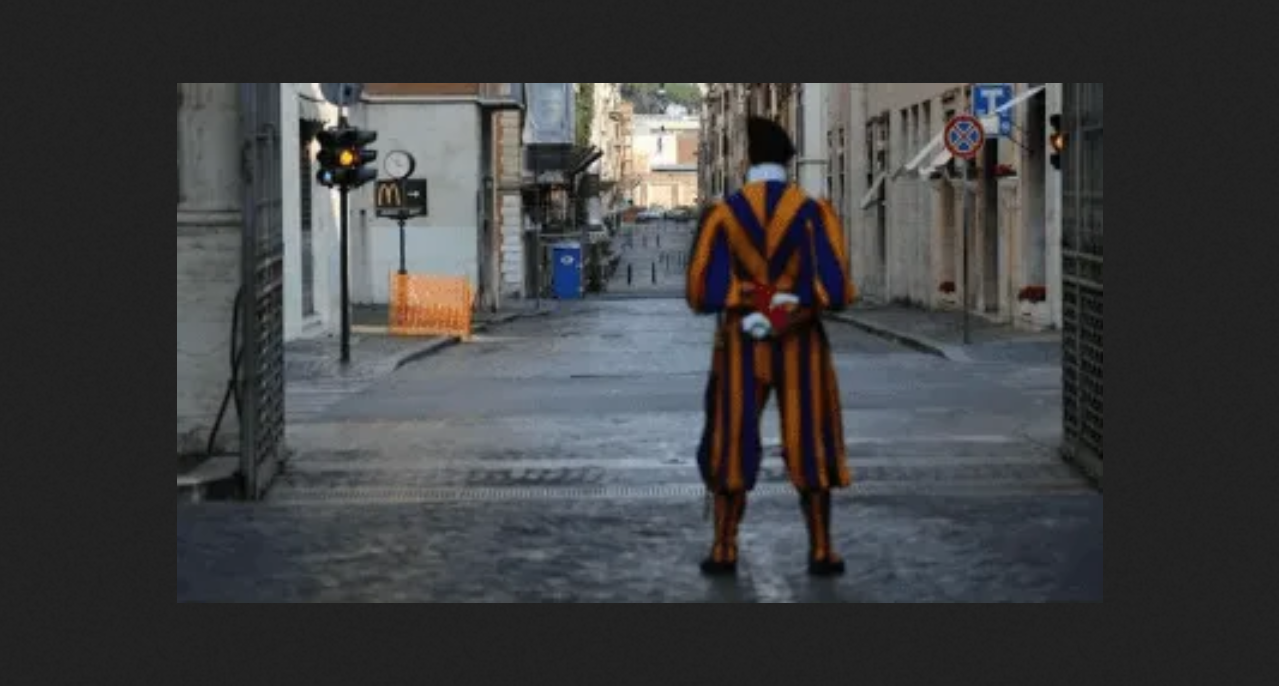 It was reported by Vatican news, on Saturday, that the Coronavirus epidemic has come to the Vatican. Swab tests have been given to 170 individuals, including Jorge Mario Bergoglio.

These massive tests followed the diagnosis that at least two individuals with Coronavirus infection visited the Vatican in recent weeks: a Monsignor from Bergamo, Italy, the epicenter for infection in the Italian Peninsula, and arguably in all of Europe, and a French Bishop, who shook Bergoglio’s hand on an official visit.

Needless to say, Bergoglio himself submitted himself to swab test on a second occasion this last week.

And, in fact, there are now at least 6 confirmed cases of Coronavirus at the Vatican. I say, at least, because, that is what is being admitted. But the infections might even be more prevalent, if one judges by the bizzare Facebook post on the official FB page of the Swiss Guard, which ended by asking Catholics, to avoid infection, not to go to church! Marco Tosatti, the renowed Vaticanista, discusses in Italian this bizarre post on his website, and provides Spanish and German translations. The final phrase of the post, in English, would be:  During this period do not go to church, but invite God into your homes! — The FB page of the Swiss guard was subsequently shut down by someone. Evidently the post caused an uproar in the Vatican. The language of the final exhortation is clearly echoing Bergoglio.

But more importantly, the recent bizarre ceremony at the Vatican on Friday, which was presided over by Bergoglio, all alone, in an entirely vacant Piazza S. Pietro, is a sign of how great a fear of coronavirus is reigning over the Vatican right now. See photo: 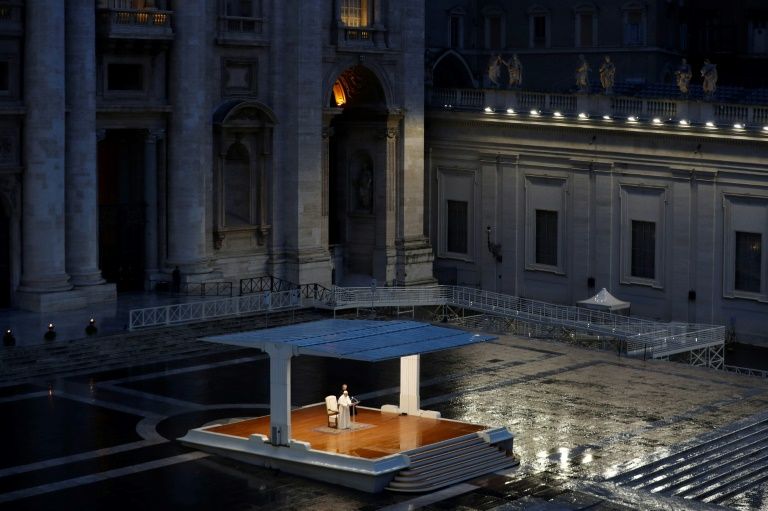 Ann Barnhardt wrote a very thought-provoking article about this on her blog (see here).

But more importantly, during the ceremony, Our Lady appeared in the clouds over Rome, in the only part of the sky where TV cameras were pointing that day, since journalists have entirely fled the public places as a result of the Health Decrees requiring everyone to work from home.

I had previously commented on how the Coronavirus might effect Vatican politics and the next conclave, in my editorial, entitled:  Trad inc. might soon wake up as Sedevacantists, which at the time I wrote it, was half-jest, but now might even seem prescient.

Oh, and by placing the miraculous Crucifix from the Church of San Marcellino in the rain, it was damaged and now needs restoration, according to Il Messagero, one of the leading daily newspapers of the Eternal City. So Bergoglio sealed his Friday evening ritual with profanation of one of the most sacred relics of Rome. Meanwhile, those burning pots with plants beneath each one, has Social Media abuzz as to the possible Pachamama significance of them. 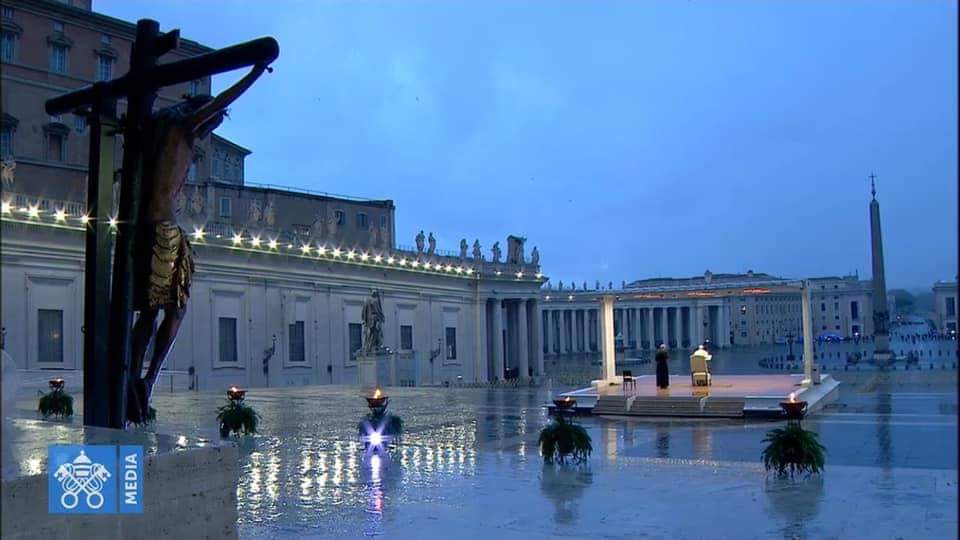