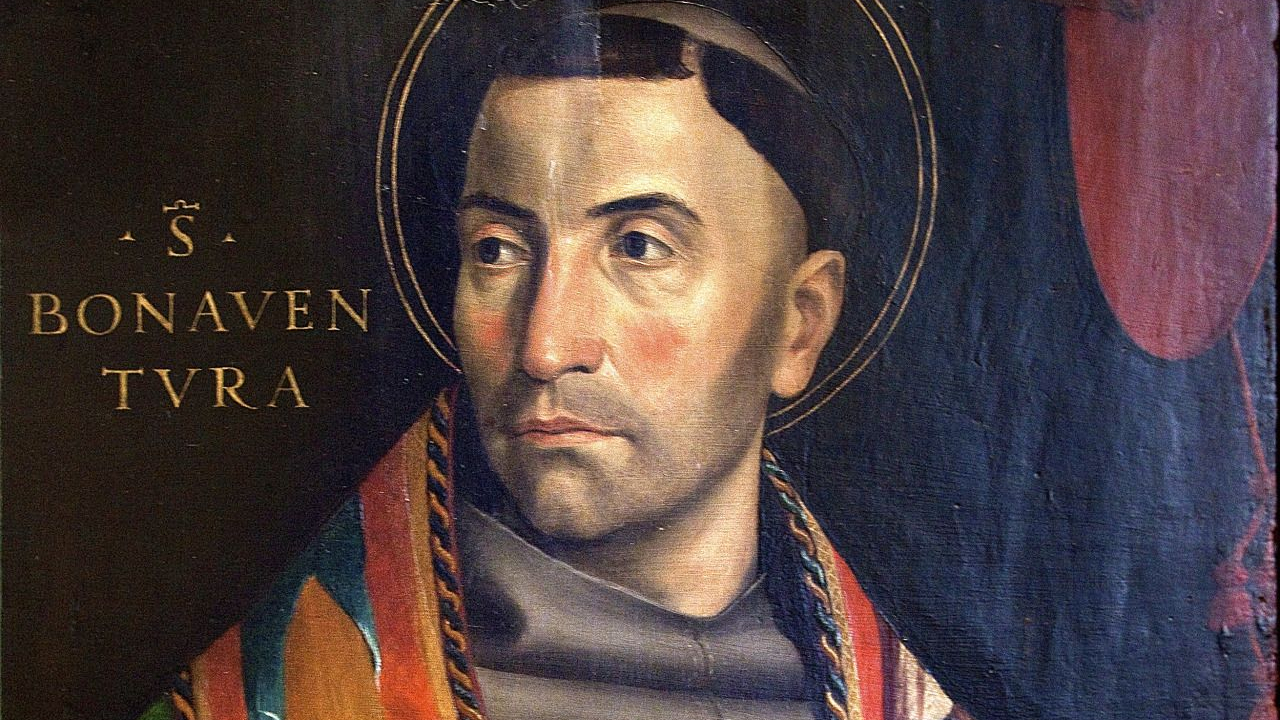 One of the great works of Catholic literature ever attempted, and certainly the greatest work of Catholic Theology on the Most Holy Trinity, Saint Bonaventure of Bagnoregio’s Commentaries on the First Book of the Sentences of Master Peter Lombard: On the One and Triune God is certainly a book for the ages and a book which merits its place on the bookshelf of every Catholic family and institution.

Saint Bonaventure of Bagnoregio was born Giovanni Fidanza, at Civita di Bagnoregio on the northern confines of the Papal States around 1217 A.D., just as decade or so after Saint Francis of Assisi had founded his order of Friars Minor. Raised by his father, the town doctor, with the finest education money could buy locally, he was sent by his father to the University of Paris to study medicine. There, he studied logic and philosophy under the greatest Scholastic masters of the day, and followed them into the Order of Saint Francis, when they took the habit in admiration of the evangelical perfection of the Saint. He thereupon took the name given to him by his mother, as a child, when having fallen into a grave fever, she asked Saint Francis to cure her son, and upon the miracle, exclaimed:  Che bonaventura! that is, what a good outcome!

Marvelous for both his erudition and personal sanctity, Friar Bonaventure studied under the renowned medieval philosopher Alexander of Hales, was ordained a priest and after Alexander’s untimely death, went on to study for a doctorate in theology, which in those days, was called the Magister Sententiarum, a Master of the Sentences of Peter Lombard, the  name of the text book used in theology at the University of Paris since the 1220’s.

From 1250 to 1252, to obtain his doctorate, Saint Bonaventure lectured upon and wrote his commentaries on the First Book of Lombard, which discusses the One and Triune God, the Mystery of the Most Holy Trinity, an argument which in modern seminaries is dispensed with in one semester or in passing, which explains not a little why the clergy of today lack such a sense of the sacred, if they can even explain the things of God correctly, which is usually not the case.

Now more than ever, when the apostasy of the clergy is nearly universal, the Catholic layman or laywoman has a greater necessity to defend their souls and their faith by informing themselves and relying upon the very best sources of doctrine and spirituality.

To assist them in this and to open up to modern man and to the English speaking world the riches of wisdom and doctrine which God gave to Saint Bonaventure, Br. Bugnolo spent 12 years translating the works of Saint Bonaventure in a study which was nearly unending. So far he has translated Bonaventure’s Commentaries on the First Three Book of Lombard, more than 3000 pages of Latin text, or the equivalent of 18,000 pages of letter sized sheets.

The book is published by The Franciscan Archive, a publisher founded by Br. Bugnolo, which has consigned the printing and storage and distribution of the books to Save Old St. Mary’s, Inc., a US 501 (c)(3) non profit charity, which currently has more than 2500 copies of the book in storage. The non profit, no longer being able to store these books, must distribute the remaining quantity in the next 10 months, or pulp the remaining copies.

The book is 996 pages: and measures 9.25” by 13.56”, by 2.625″; it is bound in green cloth hardcover, and comes with a Laminated full color jacket (as seen above). It is printed on on acid-free 50lb-paper, with a sewn library quality binding, and comes with a green ribbon. Each copy is shrink wrapped and boxed separately, in a package weighing about 9.1 lbs. or 4.14 kgs.

The book is distributed for a donation of $ 92.50 USD in the USA (shipping and handling included) and internationally for $ 130 USD in Canada or Mexico, or $150 USD elsewhere.

This book is a wonderful Encyclopedia like resource, which answers very conceivable question about God.d It is a beautiful gift for your favorite priest or religious, and a monumental addition to any personal library or institutional collection. The book is already present in more than 200 Catholic University Libraries throughout the world.

If you are not interested in acquiring a copy of the Book, but would like to help Save Old St. Mary’s Inc., with the costs to store the remaining 2500 copies of Br. Bugnolo’s book, you can make a tax-deductible donation through the St. Bonaventure Challenge.

This advertisement has been published at the request of the publisher.