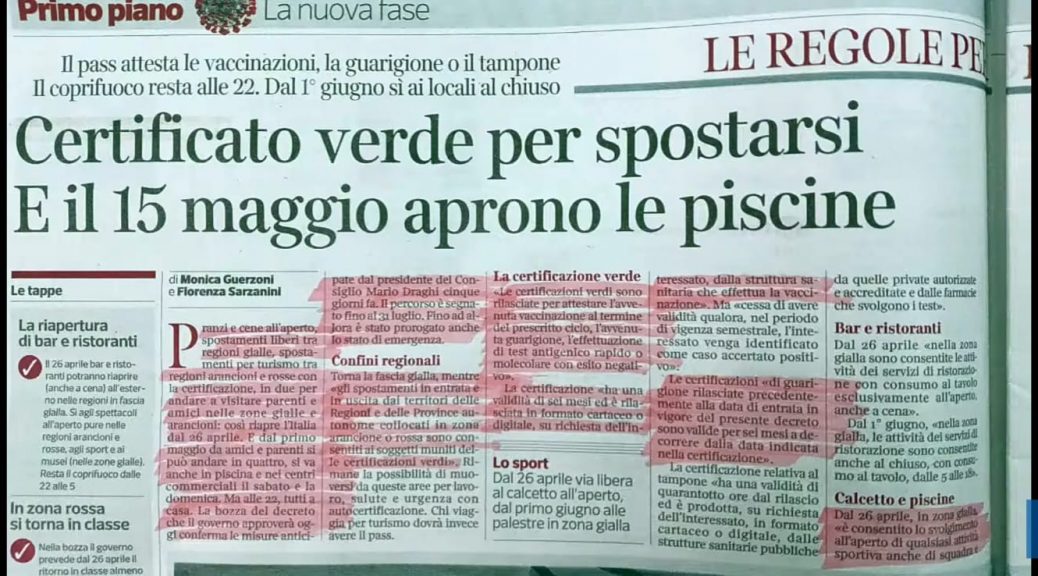 The news yesterday confirmed the darkest fears of “conspiracy theorists” in Italy during the last year.  The Government has passed a new Dictatorial Decree (DPCM) which after April 26, 2021, will make Italy a Globalist Gulag.

In the name of giving back your freedoms, Italians will be forbidden to travel withing the territory of the Italian republic if they do not have a “Green Card” certifying that they have been vaccinated against the Covid-19 and/or have the antibodies showing they have recovered from it. See the featured image above, for the newspaper report.

In return for submitting to attempted suicide via the Vaxx, citi

zens and residents and tourists will be able to visit friends, two by two before May 15, and four by four after. They will also be able to go to restaurants who have tables in the open air and to go to pools.

Without the “Green Card” you will be fined and or taken to a concentration camp.

The consternation, anger, disgust and rage which this new decree has provoked is tremendous. If the government thinks they will get away with this, I believe they are in for a very ugly surprise. Italians hate tyrants.

In the New World Order religion, advocated by Jorge Mario Bergoglio at Donald Trump, in place of sanctification there is now “sanificazione” (being made healthy, or as we would say in English, “sanitized”). I am not joking, as you can see in this photo of a rental car, here at Rome, which I took yesterday. The Green Sticker reads:  Sanificata ogni noleggio (“Sanitized after each rental”). 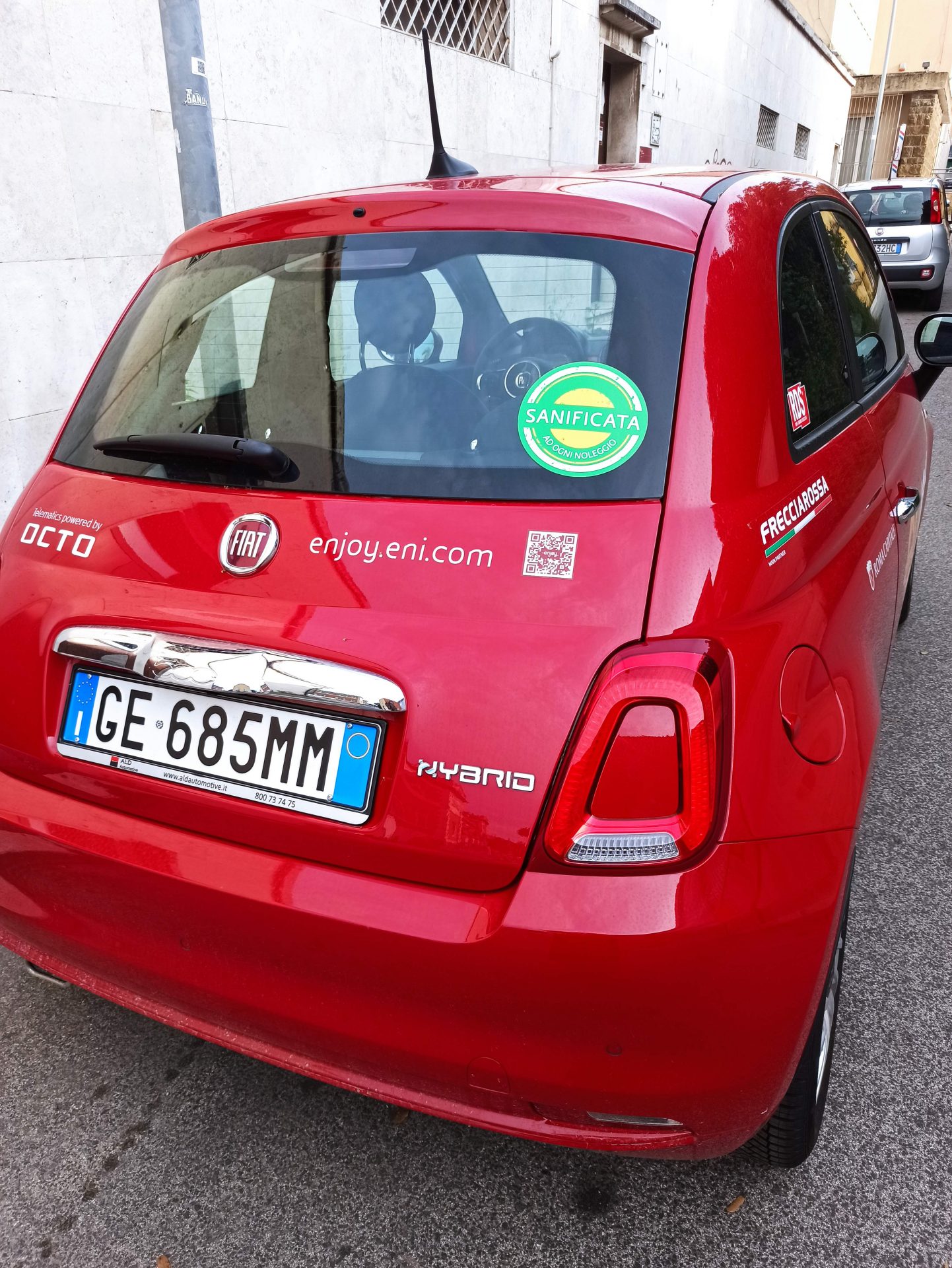