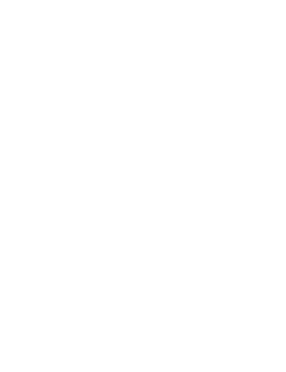 In his recent article at Rorate Caeli, Auxiliary Bishop Athanasius Schneider writes a long article to quell the raging doubts Catholics now have regarding Bergoglio’s claim to the papacy.

But in that Article the learned Bishop gets his history lesson wrong, when he writes:

Popes were deposed several times by secular powers or by criminal clans. This occurred especially during the so-called dark ages (10th and 11th centuries), when the German Emperors deposed several unworthy popes, not because of their heresy, but because of their scandalous immoral life and their abuse of power. However, they were never deposed according to a canonical procedure, since that is impossible because of the Divine structure of the Church. The pope gets his authority directly from God and not from the Church; therefore, the Church cannot depose him, for any reason whatsoever.

I quote my own article:

The events are summarized by John Cardinal Newman, and summarized in the Old Catholic Encyclopedia summarizes the events:

The proceedings of the Synod of Sutri, 20 December, are well summarized by Cardinal Newman in his “Essays Critical and Historical” (II, 262 sqq.). Of the three papal claimants, Benedict refused to appear; he was again summoned and afterwards pronounced deposed at Rome. Sylvester was “stripped of his sacerdotal rank and shut up in a monastery”. Gregory showed himself to be, if not an idiota, at least a man miræ simplicitatis, by explaining in straightforward speech his compact with Benedict, and he made no other defence than his good intentions, and deposed himself (Watterich, Vitæ Rom. Pont., I, 76); an act by some interpreted as a voluntary resignation, by others (Hefele), in keeping with the contemporary annals, as a deposition by the synod. The Synod of Sutri adjourned to meet again in Rome 23 and 24 December. Benedict, failing to appear, was condemned and deposed in contumaciam, and the papal chair was declared vacant. As King Henry was not yet crowned emperor, he had no canonical right to take part in the new election; but the Romans had no candidate to propose and begged the monarch to suggest a worthy subject.

Now, its not heresy to say that something happened, even if nutty Sedevacantists fell off their toilets when I wrote my article in September, accusing me of heresy. If the Church did depose a Pope canonically, its clearly not heresy to say that they did, or that the Church holds in practice that the Church can. Why since 2 of the deposed popes are depicted on the frieze of the Lateran (constructed in the 19th century), you could even argue the Vatican endorses both their papacies and their deposition, since Pope Clement II is also depicted there, who replaced all three.

As I said before, if Benedict IX did sell the papacy to Gregory VI, then the sale effected nothing, since you cannot validly sell an ecclesiastical office. That means that Benedict IX was the true Pope, because even if he did resign after the sale thinking he did sell the office, he was in substantial error and therefore his resignation was invalid. I suppose one could argue the Synod was in substantial error thinking it could depose Benedict or anyone for that matter, and that therefore Clement II’s election was invalid on account of substantial error, but the Church has never said that. The Frieze above the interior columns of the Lateran sill show Clement II as the one true valid Pope during the years of his reign.

I think its more probable, that whereas the Pope cannot be deposed as pope or for being pope, the man who is pope, who sins against the office by Simony or Heresy, can be deposed. But I admit that is my private fallible opinion. The Church’s Magisterium has not addressed such a specific case, to my knowledge, to handle the Synod of Sutri. The probability which causes me to hold such an opinion is that such an opinion avoids contradicting defined dogma and canons, by admitting an exceptional case in which the Law Maker Himself would not want otherwise unbending laws to prevail.