This is not a rereading of the Gospel, this is an entirely new and false gospel, which is undeniably heretical.

Rome, February 11, 2015:  The story of “Team Bergoglio” has been covered in detail by this blog from the beginning, but the story yet to be told, is that “Team Bergoglio” was and is a heretical plot to destroy the Church of Christ.   The proof is found in nothing less than the words and deeds of its members, before, during and after the Conclave of 2013.

Who’s who in “Team Bergoglio”? 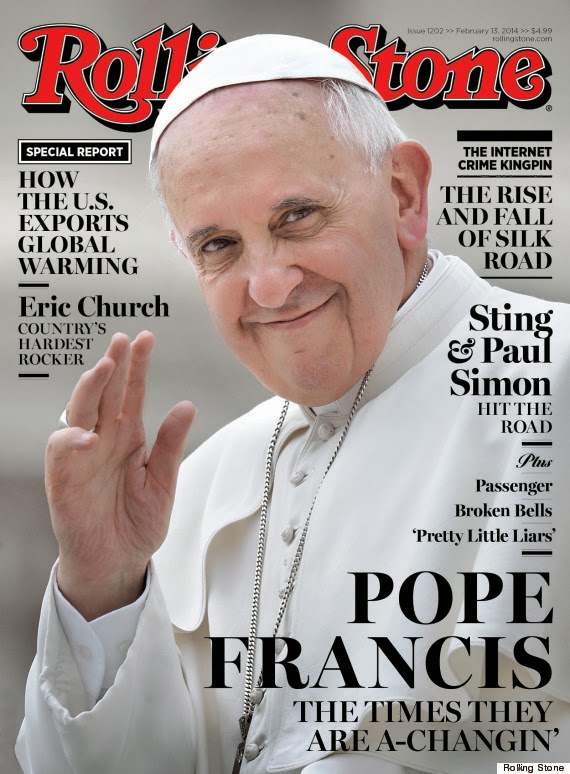 “Team Bergoglio” is the name given by Dr. Austen Ivereigh to the group of Cardinals whom he says, in this book, The Great Reformer: Francis and the Making of a Radical Pope, conspired together to promote the candidacy of Cardinal Jorge Mario Bergoglio by means of an organized vote-canvassing campaign.  The facts alleged we have studied here; the canonical consequences, here.

Of these Cardinals, Cardinal Murphy-O’Connor and Cardinal Danneels, have publicly confirmed that they supported Cardinal Bergoglio’s candidacy during the Conclave.

Two other Cardinals are named as facilitating the vote-canvassing:  these have been promoted to the Council of Cardinals, the so called “gang of eight”:  Cardinal Sean Patrick O’Malley of Boston, USA, and Cardinal Laurent Monsengwo Pasinya of Kinshasa, Congo.

Dr. Ivereigh alleges other Cardinals as promising votes, but does not name them: American Cardinals, Latin-American Cardinals and African Cardinals.  Some Cardinals from these 3 groups have taken on important roles since the election of Pope Francis:  such as Cardinal Oscar Andrés Rodríguez Maradiaga of Guatemala, Cardinal Reinhard Marx who was seen in the company of Cardinal Kasper immediately prior to the Conclave, and who is also a member of the Council of Cardinals.

We shall name the collaborators with the core 7 “Team Bergoglio” members as “players” to distinguish them.

A small Sample of the Heretical Statements & Actions of “Team Bergoglio”

Cardinal Walter Kasper, a core “Team Bergoglio” member, has been notorious for his personal heresies for more than a decade.  One needs only to read his lecture, given in 2003, “That all might be one”, where he sketches out the theological necessity, according to him, of abandoning everything distinctively Catholic in the Catholic Faith, so as to promote the union of all Christian “churches” into a one world religion, blasphemously asserting his opinion as the will of Jesus Christ. But that is not all:  Cardinal Kaspar is notorious also for 3 books, in which he publicly and formally denies the historicity of many of the miracles worked by Christ, calling the Gospel texts which recount them fanciful, post-Easter “legends” (See the recent study by Joe Sparks). Its obvious, therefore, that Cardinal Kasper is a formal public and pertinacious heretic, since he has held these beliefs for many years despite bitter criticism.

Cardinal Reinhard Marx, a “Team Bergoglio” player was recently outed by this blog for his blasphemous and heretical denial of truth as a necessary means of salvation. In his interview, with the Jesuit magazine, America, he also indicated that Cardinal Bergoglio is of the same mind on this point, wanting a Church without truth, since “a church with truth is not useful for the people.” In the same interview, he clearly manifested his heretical hatred for the Catholic Faith by calling those catholics who want doctrinal clarity, “terrorists”, which is to use the very language of the enemies of Christ itself.

Cardinal Jorge Mario Bergoglio, the obvious “Team Bergoglio” owner, has said numerous non-Catholic and anti-Catholic things since being elected Pope.  Here at the From Rome blog, we have have singled out his heretical denial of salvation by dogmatic faith for specific censure. For a fuller list, see Christopher Ferrara’s, The Remant’s Man of the Year.  According to Sandro Magister, one of the leading Vaticanistas of Italy, Cardinal Bergoglio actively promoted communion for those in irregular situations, in violation of the anathema of the Council of Trent, Session 13, canon 11, which reads:

There is no need to add that Cardinal Baldiserri recently affirmed that Pope Francis was behind every scandalous happening at the recent extraordinary Synod for the Family, which pushed for communion for adulterers and sodomites.

Cardinal Oscar Andrés Rodríguez Maradiaga, who has been infamous for more than a decade on account of his denial of the existence of a child-abuse scandal in the Church, has recently pronounced himself in heretical terms on two occasions: during a talk given at the University of Dallas, Texas, where he says the Church no longer is opposed to the heresy of all heresies, Modernism (his talk is critiqued here, introduced and linked to here), and recently at Santa Clara University where he proposes the heretical thesis of Kasper regarding Mercy, which is founded on the denial of the dogma of original sin and its effects (video: here, talk critiqued here). He has recently affirmed that Pope Francis wants to irreversibly change the Church and make Her radically different than She has ever been.

Cardinal Godfried Danneels is, in his own right, notorious for his scandalous handing of child abuse, which indicates a profound rejection of the morals taught by Jesus Christ. But then again so is Cardinal Sean Patrick O’Malley, who sold off about 1/4 of all the Catholic Churches in his diocese, in violation of the 12th canon of the 7th Ecumenical Council, the Second of Nicea, which forbids Bishops from selling churches.

Cardinal Santos Abril y Castelló, the Archipriest of Santa Maria Maggiore, the Basilica in Rome, where the relics of Christ’s crib from Bethlehem are kept, terminated the only Mass in the Ancient Roman rite regularly celebrated at the Basilica in the winter of 2014, within the very first year of Pope Francis’ pontificate despite the desperate pleas of the Catholic Faithful of Rome. This mass was the very first mass in the Ancient Roman rite which was established after Summorum Pontificum of Pope Benedict XVI, begun the very day of its publication. It was celebrated every month on the First Saturday, in honor of the Immaculate Heart of of the Most Blessed Virgin Mary. The closure of the Mass was made without any reason or justification, out of pure hatred for the Mother of God and the Ancient Liturgy and the Catholics of Rome.

Several other members and players are notoriously friendly to sodomites, as can easily be verified from their pastoral actions and statements. Indeed, Edward Pentin on February 11th reported on NewsMax that the informed members of the Roman Clergy now realize that the Kasperian proposal about giving communion to adulterers, has nothing to do with marriage, its all about advancing the political agenda of Sodom, and the heresies which they propose: such as their abomination not being a sin which cries out to God for Divine Vengeance.

That the conspiracy identified by Dr. Ivereigh is heretical follows from a simple co-linking of facts:  heretics of a feather flock together for but one purpose, their mutual heresy.  Since March 12, 2015, every move Pope Francis has made, every talk and every discourse and every appointment or promotion either directly promoted the common heresy of Modernism, or did not forestall it. He has specifically promoted all but a few members of “Team Bergoglio” to the Council of Cardinals.  He has allowed every “Team Bergoglio” member or player to say whatever heretical thing they want with impunity. Catholic Bishops have been summarily removed for fidelity to the Faith ( e. g. Paraguay); those who have celebrated the Holy Sacrifice of the Mass or promoting the right formation of seminarians or religious have been attacked and removed from power.  The animus is clear, present and malevolent, for one purpose.

For this reason Archbishop Langa on January 1st, 2015, lamented there is no longer any hearing in Rome against the agenda of Freemasonry.  For this reason Cardinal Burke announced his resistance, and was forced today to issue a clarification of his perfectly catholic statement, while Cardinals Marx and Rodrigues-Maradiaga are under no constraint against spouting heresies.

Let him who has eyes to see, see!