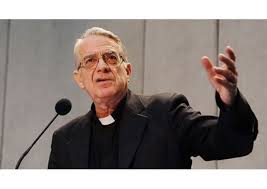 Rome 12:44 PM, Dec. 1, 2014:  Il Sismographo, an Italian news blog, has contacted Fr. Lombardi, the Pope’s official spokesman, in regard to the facts alleged in Dr. Austen Ivereigh’s book, The Great Reformer: the Making of Radical Pope, which concern the existence of a “Team Bergoglio” which worked with the express consent of Cardinal Bergoglio to canvass votes in the days prior to the Conclave of 2013. Il Sismografo’s report has also been covered in Spanish by EFE.

Here is my unofficial English translation of Il Sismografo’s Dec. 1 notice, signed by the editorial staff of the blog:

Please note that the From Rome Blog will comment on this and the contents of Dr. Ivereigh’s book in a day or two. Our previous reports on Dr. Ivereigh’s Book can be found on our front page.