Creation and the Divine Order of Things:

Truths to Fight against the Errors of our Age

Listen to Br. Bugnolo give this talk on Audio

If a Catholic historian, moved by and obedient to the Faith, was to take up his pen to write a history of the present age, he could do no better than entitle his book, The Age of open Rebellion against God and the Divine Order of things. 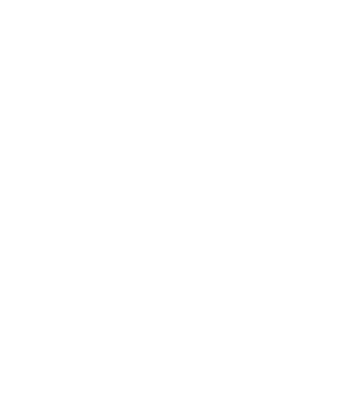 On every side we see this rebellion: in the Church against the Rule of the Faith: Tradition and Scripture: where, for example, in Catholics Universities and Pontifically recognized institutions at Rome and around the world, professors openly attack the historical and theological truths contained in the 5 Books of the Bible written by Moses; or in the liturgy, most visibly, where out of some vague necessity of updating everything, the whole Catholic world has been cajoled by the lovers of today who are attempting to reformulate Catholicism in a manner discontinuous with Tradition, without submission to the Divine Majesty’s predetermined course of worship and devotion.

But, moreso, we see this open rebellion against God and the Divine Order of things, outside of the Church: with forms of government which arrogate to themselves the prerogative of God to establish moral laws and order man and his society: which Rebellion was foreseen by the Prophet David when he wrote, They have set their mouths in the heavens, and their tongues dictate to the earth. (Ps. 73:9)

This rebellion against the Divine Order of things was foretold long ago by the beloved Apostle St. John, who in his book of the Apocalypse indicated that after a thousand years of Christ’s reign on earth, the Enemy of Christ would come forth from the abyss to wage war upon His flock.  I like personally to reckon this prophecy in regard to the end of the Age of Constantine, which I mark from the edict of Milan in February of 313 A.D. (which ended persecution of Catholics in the Roman Empire), to the vicious attack upon Pope Boniface VIII on September 7, 1303 A. D. by Sciarra Colonna and the forces of King Philip IV of France, under the command of Guilluame Nogaret, his first minister, at Angni, in Italy.

This attack, which began with the slap of a hand upon the Pope’s face, has morphed exponentially throughout the centuries, up to our own day, when governments now dare to decree the lawfulness of the most horrific abominations as good for man’s liberty.  It is in the frenetic and mad zeal of these modern rebels that is not difficult to hear the rolling thunder of the first rebel’s voice:  Non serviam! — I shall not serve! I shall not submit myself to Christ’s Magisterium.

One could trace the history of this Rebellion, from the slap of Anagni to our own age, more than 666 years later, to recent Supreme Court decisions or to the proposals of Cardinal Kaspar to open the Church to a horrifically false and apostate mercy, but I shall leave that for the historian of ideas and ecclesiastical affairs.  Rather, I wish to serve those of you gathered here today a more meaty dish, a more savory fare, and a more nutritious repast, by recalling and expounding the fundamental truths, upon which all of Creation is founded, including man and the Church, so that you might have in mind, all the more clearly, the knowledge necessary to fight against the errors of our age.  I believe this is apt, because as St. Paul the Apostle reminds us, Our is not a fight against flesh and blood, that is against merely visible powers, our is a fight against the principalities and powers, the workers of iniquity in the air, that is, the fallen angles, who were cast down to our level present of existence, and who go about seeking the ruin of souls.

Angels, as you know, are pure spirits, and when they fight, it is not as the silly and blasphemous shows on television depict them: they have no bodies and use no weapons, they rather go forth into battle with minds filled with thoughts and by striving to plunge their own thoughts into the mind of other angels who think differently, seek to overcome them to their own allegiance or repel them from their stead.

Now, ever since the ancient Deceiver, the Dragon and Satan, was cast out of Heaven by St. Michael and His Angels, the demons have no fights with other Angels that they can win any more, and, thus, are forced by necessity to wage war against the sons of Adam, mere men.

Have no fear, though, little flock, because your Faith is your victory over the world, and not only over the world, but over all the forces of darkness, because if we but assent and attend to all that God has revealed, about Creation and about the Redemption wrought in Christ, we will equip our mind and soul, and thus our bodies too, with the truths necessary to fight against the armies of disorder and against all the men, women, and alas, even children, who have taken sides with them in the hope of destroying the Divine Order of things.  Let us begin, therefore, at the beginning:

To read this entire Essay,on the theological basis upon which true and false obedience is discerned, click here to access the PDF file and continue reading from page 2.