Here in Italy, the Italians have a new name for their Prime Minister, Giuseepe Conte: Il Dittatore Sanitario. It is a play on words, since sanitario refers to health and things which regard health, as well as to being clean and disinfected. They call him this because in the name of keeping everyone from getting the flu, he has acted as a sort of obsessive father who prefers to lock all his children in their rooms for 2 months rather than risk that they get sick. And who cares about sending them to school!  Just for good measure, he ordered all the schools in Italy closed too!

But the Sanitary Dictator has just blinked. Because in his new Decreto-Legge (Dicatorial Decree rubber stamped by his ruling coalition in Parliament on May 14), the proposed Article 16, which would have extended the state of emergency response to COVID-19 all the way to Dec. 31, 2020 with the option of adding another 12 months after that, HAS BEEN CANCELLED from the final official version.

The version which had been presented beforehand as the official one was claimed to have been signed by the President of Italy, Mattarella.  But Attorney Polacco opined last night in his FaceBook address, that the President had Article 16 struck out.

But the good thing is, that the Government of Conte has backed down. They wanted another 18 months of emergency to maintain their claim to dictatorial powers.

Conte has blinked, in my assessment, because courageous Attorneys like Edoardo Polacco are leading legal crusades against him and Mattarella, in which more than 2400 criminal complaints have been filed against them both, in all the Procuratorships of Italy. Complaints, which if heard, will lead to the imprisonment of each of these men and their associates for as much as 15 years. That might have caused Mattarella to think twice about Article 16.

General Pappalardo’s call for an Orange Revolution on June 2 to topple the government might also have something to do with it, not to mention ITALEXIT’s call for 2 million to march on Rome on May 30.

But the buffoons in the Italian government just undermined themselves more than they think. For, in Italy, the President can refuse to sign a bill, but he does not have line item veto power. The bill should go back to parliament and be voted on again. So we have the case of a Decreto-Legge published in the official Gazette of the Republic in a form which was never approved by Parliament. That makes it totally invalid in law. And since it is invalid, any enforcement of it is another crime against the constitutional rights of citizens to be punished only by laws. (In Italy, a law of Parliament does not become law, unless it is signed by the President of the Republic).

Thus, cries for the resignation of the government will now increase. The ball in now in the people’s court. 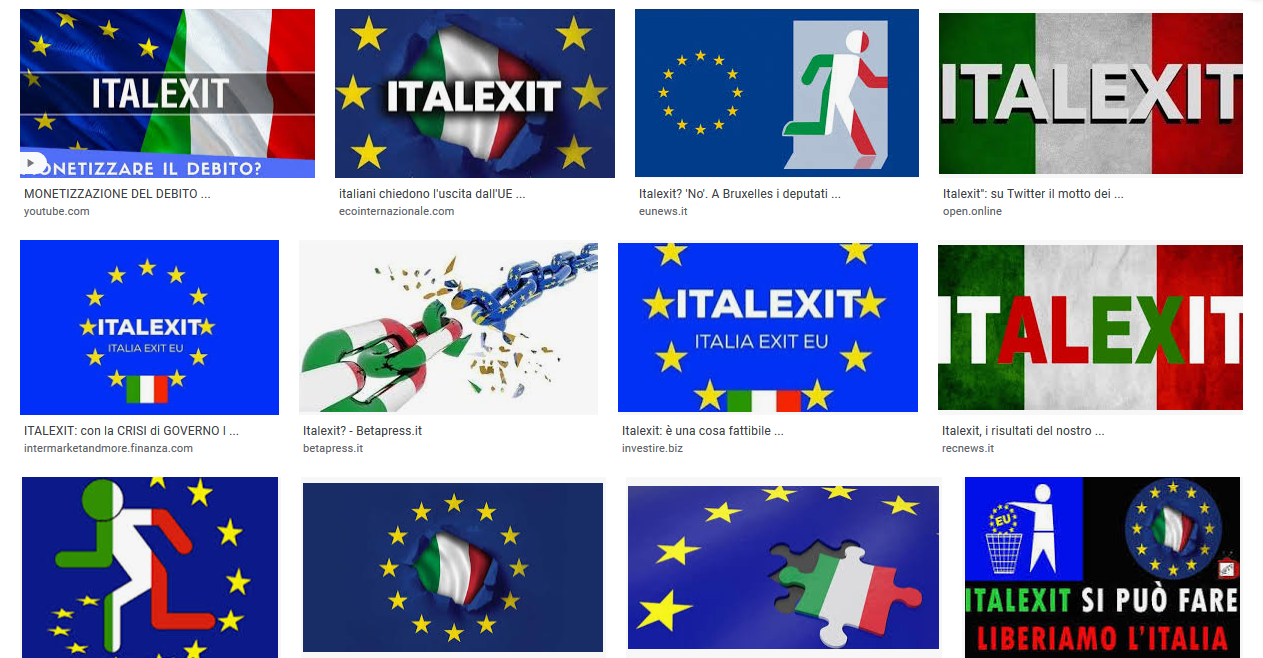