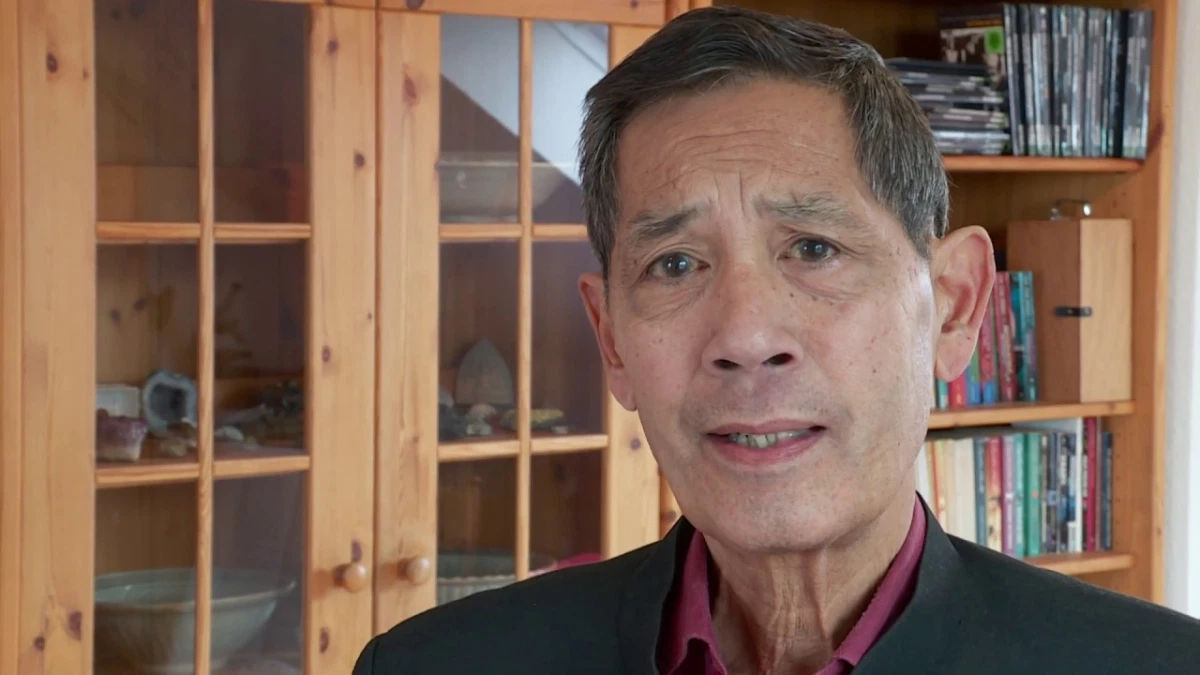 Here FromRome.Info republishes in full the letter of Dr. Bhakdi to the German Chancellor, Angela Merkel on the Coronavirus crisis The Original is in German.
This English translation, slightly corrected by FromRome.Info, is that published by GlobalReserach.org

An Open Letter from Dr. Sucharit Bhakdi, Professor Emeritus of Medical Microbiology at the Johannes Gutenberg University Mainz, to the German Chancellor Dr. Angela Merkel. Professor Bhakdi calls for an urgent reassessment of the response to Covid-19 and asks the Chancellor five crucial questions. The let­ter is dated March 26. This is an inofficial translation; see the original letter in German as a PDF.

As Emeritus of the Johannes-Gutenberg-University in Mainz and longtime director of the Institute for Medical Microbiology, I feel obliged to critically question the far-reaching restrictions on public life that we are currently taking on ourselves in order to reduce the spread of the COVID-19 virus.

It is expressly not my intention to play down the dangers of the virus or to spread a political message. However, I feel it is my duty to make a scientific contribution to putting the current data and facts into perspective – and, in addition, to ask questions that are in danger of being lost in the heated debate.

The reason for my concern lies above all in the truly unforeseeable socio-economic consequences of the drastic containment measures which are currently being applied in large parts of Europe and which are also already being practiced on a large scale in Germany.

My wish is to discuss critically – and with the necessary foresight – the advantages and disadvantages of restricting public life and the resulting long-term effects.

To this end, I am confronted with five questions which have not been answered sufficiently so far, but which are indispensable for a balanced analysis.

I would like to ask you to comment quickly and, at the same time, appeal to the Federal Government to develop strategies that effectively protect risk groups without restricting public life across the board and sow the seeds for an even more intensive polarization of society than is already taking place.

With the utmost respect,

In infectology – founded by Robert Koch himself – a traditional distinction is made between infection and disease. An illness requires a clinical manifestation. [1] Therefore, only patients with symptoms such as fever or cough should be included in the statistics as new cases.

In other words, a new infection – as measured by the COVID-19 test – does not necessarily mean that we are dealing with a newly ill patient who needs a hospital bed. However, it is currently assumed that five percent of all infected people become seriously ill and require ventilation. Projections based on this estimate suggest that the healthcare system could be overburdened.

My question: Did the projections make a distinction between symptom-free infected people and actual, sick patients – i.e. people who develop symptoms?

A number of coronaviruses have been circulating for a long time – largely unnoticed by the media. [2] If it should turn out that the COVID-19 virus should not be ascribed a significantly higher risk potential than the already circulating corona viruses, all countermeasures would obviously become unnecessary.

The internationally recognized International Journal of Antimicrobial Agents will soon publish a paper that addresses exactly this question. Preliminary results of the study can already be seen today and lead to the conclusion that the new virus is NOT different from traditional corona viruses in terms of threats. The authors express this in the title of their paper “SARS-CoV-2: Fear versus Data“. [3]

My question: How does the current workload of intensive care units with patients with diagnosed COVID-19 compare to other coronavirus infections, and to what extent will this data be taken into account in further decision-making by the federal government? In addition: Has the above study been taken into account in the planning so far?  Here too, of course, “diagnosed“ means that the virus plays a decisive role in the patient’s state of illness, and not that previous illnesses play a greater role.

According to a report in the Süddeutsche Zeitung, not even the much-cited Robert Koch Institute knows exactly how much is tested for COVID-19. It is a fact, however, that a rapid increase in the number of cases has recently been observed in Germany as the volume of tests increases. [4]

It is therefore reasonable to suspect that the virus has already spread unnoticed in the healthy population. This would have two consequences: firstly, it would mean that the official death rate – on 26 March 2020, for example, there were 206 deaths from around 37,300 infections, or 0.55 percent [5] – is too high; and secondly, it would mean that it would hardly be possible to prevent the virus from spreading in the healthy population.

My question: Has there already been a random sample of the healthy general population to validate the real spread of the virus, or is this planned in the near future?

The fear of a rise in the death rate in Germany (currently 0.55 percent) is currently the subject of particularly intense media attention. Many people are worried that it could shoot up like in Italy (10 percent) and Spain (7 percent) if action is not taken in time.

At the same time, the mistake is being made worldwide to report virus-related deaths as soon as it is established that the virus was present at the time of death – regardless of other factors. This violates axiomatic principles of  only when it is certain that an agent has played a significant role in the disease or death may a diagnosis be made. The Association of the Scientific Medical Societies of Germany expressly writes in its guidelines: “In addition to the cause of death, a causal chain must be stated, with the corresponding underlying disease in third place on the death certificate. Occasionally, four-linked causal chains must also be stated.“ [6]

At present there is no official information on whether, at least in retrospect, more critical analyses of medical records have been undertaken to determine how many deaths were actually caused by the virus.

My question: Has Germany simply followed this trend of a COVID-19 general suspicion? And: is it intended to continue this categorization uncritically as in other countries? How, then, is a distinction to be made between genuine corona-related deaths and accidental virus presence at the time of death?

The appalling situation in Italy is repeatedly used as a reference scenario. However, the true role of the virus in that country is completely unclear for many reasons – not only because points 3 and 4 above also apply here, but also because exceptional external factors exist which make these regions particularly vulnerable.

One of these factors is the increased air pollution in the north of Italy. According to WHO estimates, this situation, even without the virus, led to over 8,000 additional deaths per year in 2006 in the 13 largest cities in Italy alone. [7] The situation has not changed significantly since then. [8] Finally, it has also been shown that air pollution greatly increases the risk of viral lung diseases in very young and elderly people. [9]

Moreover, 27.4 percent of the particularly vulnerable population in this country live with young people, and in Spain as many as 33.5 percent. In Germany, the figure is only seven percent [10]. In addition, according to Prof. Dr. Reinhard Busse, head of the Department of Management in Health Care at the TU Berlin, Germany is significantly better equipped than Italy in terms of intensive care units – by a factor of about 2.5 [11].

My question: What efforts are being made to make the population aware of these elementary differences and to make people understand that scenarios like those in Italy or Spain are not realistic here?

Note to readers: please click the share buttons above or below. Forward this article to your email lists. Crosspost on your blog site, internet forums. etc.

[9] Croft et al. The Association between Respiratory Infection and Air Pollution in the Setting of Air Quality Policy and Economic Change. Ann. Am. Thorac. Soc. 2019, 16, 321–330.