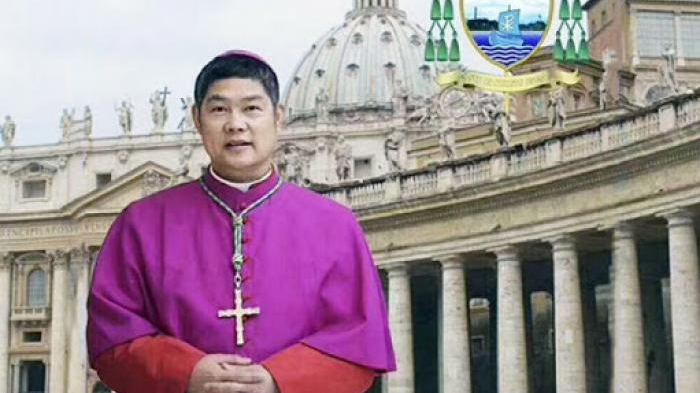 During the so-called Corona pandemic, the Vatican and China have engaged in a curious exchange of medical supplies.

According to reports, the Vatican sent 700,000 medical masks to China. According to Asianews.it this shipment was sent in February, and a tenth of those masks were designated for the people of the Wenzhou Diocese, which is governed by a Catholic Bishop, not by a government-approved bishop, Mons. Peter Shao Zhumin, who was nominated by Pope Benedict XVI and consecrated in 2011.

IlFattoQuotidiano.it, however, reports that the medical masks were shipped to China by the Vatican Pharmacy, but were donated by the Chinese Catholics of Italy. The collection began on January 27. They were shipped from Fumicino Airport, here in Rome, bearing the seal of the Papal Almsgiver.

The need for the shipment was not clear, since according to Il Fatto Quotidiano, more than 50% of all medical masks manufactured in the world, are made in China.

Mons. Peter Shao Zhumin, then called upon the faithful of his diocese to return the favor. This was also done in many dioceses throughout the People’s Republic of China and in Hong Kong. You can see a photograph of him in the Featured Image of this article. Bishop Shao Zhumin is 57 years of age.

Then, on April 1, there arrived from China, 100,000 medical masks, according to AgenSir.it. The Catholic Charity organizing the shipment is Jinde Charities (Ed. Note: Warning, this link goes to a server in the PRC), founded by Father John Baptist Zhan.

Fides.org is reporting that the value of the masks and equipment sent from China, by Jinde Charities, amounted to 450,000 Euros. The shipment which was sent from China to Milan, by plane, was stored in the warehouses of Caritas Ambrosiana, at Milan, before being distributed to hospitals in Italy and the Vatican.

Fides.org also reports, in the same article, that earlier this year, the Vatican donated 200,000 Euros to China to help with the Corona epidemic and did this through the same charity, Jinde Charities, which is now sending medical supplies to the Vatican.

However, Avvenire.it, the official daily newspaper of the Italian Bishops’ Conference is saying that this 200,000 euros was sent to various organs of the Catholic Church in China.

But LaStampa.it says, rather, the Vatican sent $100,000 USD, before Christmas, the payment being made to Jinde Charities by the Vatican Department for Integral Human Development, but destined for the poor of mountainous regions of Hebei and Guizhou provinces. In passing, La Stampa also reveals that Jinde Charities in 2017 held a fundraiser at the Cathedral of the Patriotic Church in Peking, which was attended by many political organizations of the Marxist government. La Stampa’s report glories in the collaboration of the Vatican with the Marxist government.

How the Chinese government can be so bitterly persecuting the Church in China but allowing Catholic charities to operate and engage in such large scale shipments, is not clear. It is also not clear whether the entities in China accept or not the Vatican-China accord which illegitimately subjected the Church in China to the governmental authorities demands: an accord which is, till this day, secret, and not even revealed to Cardinal Zen, as to its precise terms.