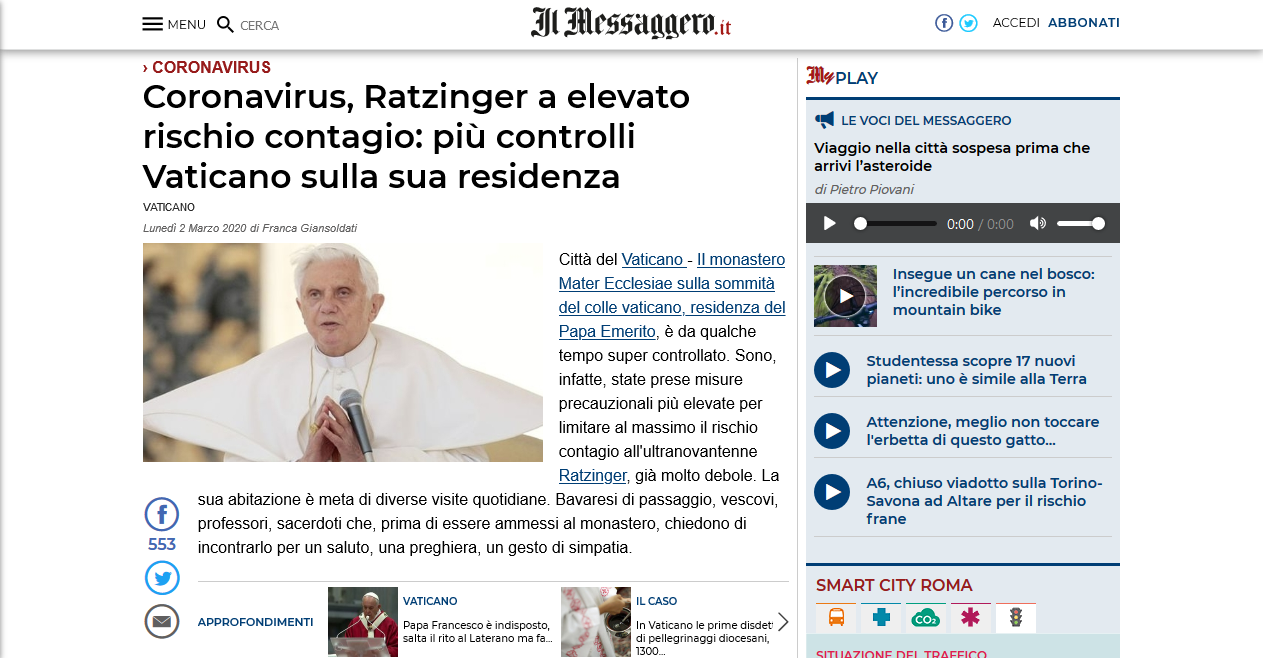 The house of lies and frauds upon which Bergoglio stakes his claim to the papacy is crumbling fast. The leading Roman Daily Newspaper, which is left wing and generally pro-Bergoglian on all topics, has chosen to challenge the regime on a crucial point.

And they have done it in a particularly Italian way.

They ran a story about concern for the health of the Pope Benedict XVI.

Not a story about the health of Pope Francis.

The simar is the sign of one who holds jurisdication. The photo means that Pope Benedict is the Supreme Pontiff, the Roman Pontiff, the Vicar of Christ and the Successor of Saint Peter.

And just in case you did not get the implication of the photo, they chose a photo which is unusual: one in which the wind of the Holy Spirit catches the simar and inflates it to maximum size: If you do not believe me, go to the article yourself: source here.