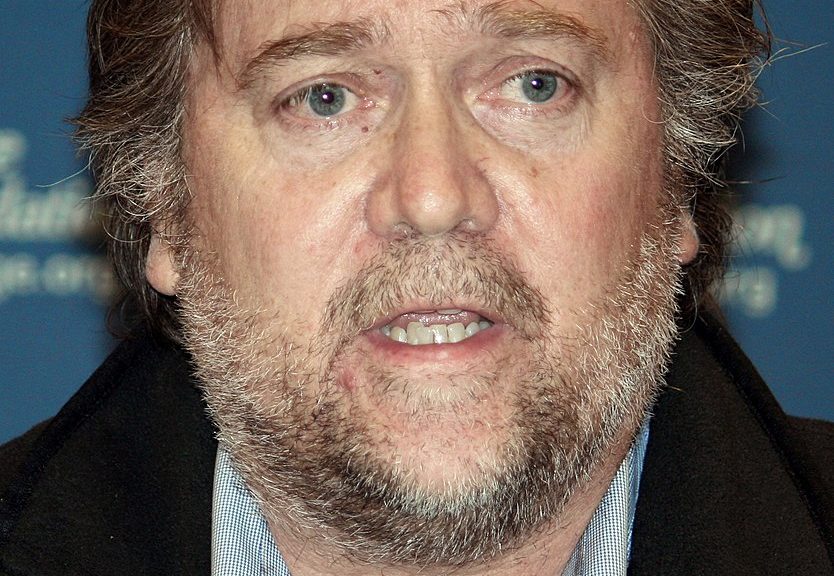 Former Goldman Sachs Vice President, Steve Bannon is as busy as ever in infiltrating opposition to the Globalist Reset and repurposing it to maintain the Great Reset agenda.

I know this from my personal experience. A week ago, after being calumniated by ANSA as a “far right” extremist, I was invited by someone I know to a meeting at Benevento, Italy, to hear a proposal about forming a national alliance against the tyranny of globalism in Italy.

The first speaker praised Benevento for expelling the Papal Legate in 1855, back when Benevento was a possession of the Papal States.

The second speaker said he was “proud to be a Fascist”.

The third speaker said we had to beware of Globalists creating fake opposition!

While he was talking, the hostess of the meeting received a phone call from Benjamin Harwell, right hand of Steve Bannon in Italy, and close collaborator in the Dignitatis Humanae Institute, where, with the aid of Cardinal Burke, the institute sought and obtained a 100 year contract to use the Trisulti Monastery to promote Judeo-Christian Politics in Europe.  — Steve Banon is a self-proclaimed “Christian Zionist”, and term which means that he is a collaborator with the Rothchilds state of Israel.

During Harwell’s talk — the hostess insisted in connecting the cellphone to the loudspeaker system in a makeshift sort of way — he said that Italians need to reject categories of the Right and Left, which had to do with the controversy over the Monarchy of Louis XVI, since there is no longer a French monarchy.

At that I walked out, and so did many other Catholics after myself.  There is just so much B.S. that you can suffer to hear in 15 minutes.

Fascism, Nazism and Marxism and Socialism are all creations of what we call the Globalists today. Whether the Skull and Bones Banks in New York City or the Pilgrim Society network in the UK, you can trace all these groups to one or the other.

But the constant theme is that the Catholic Church must be destroyed, unbridled immigration must be pushed, and that Bergoglio is the Pope.

Steve Bannon recently was pardoned by Trump, a life long servant of the Skull and Bones Lodge, for having defrauded a U. S. Charity which was raising money to build a border wall.  He was also involved in the Trisulti Monastery proposal, where the Dignitatis Humanae institute is being charged with 5 counts of fraud in its application, since it never had the resources or contractual consortium partners it claimed on its application to the Ministry of Cultural Affairs.

The meeting in Benevento was to form a Tricolore Resistance, which would oppose the government of Mario Draghi — IF he made vaccination obligatory for everyone.  Draghi is also a former Goldman Sachs employee, so you can connect the dots, here, from one to the other, through the word, “IF”,

For sane individuals, there is no longer any need to add an “if” to resisting the powers of Globalism. Bannon knows that, and so he is intimately involved in organizing groups which propose the if, so as to neutralize them.

As part of the administration of Trump which in its last year pushed the Scamdemic, and who still pushes it, Bannon showed his colors in his recent video with Liz Yore, when, at the end, during her declamation against Bergoglio, he hastened to cut her off.  Bannon knows what limits in discourse must be set. He wants you to fixate on what he is pointing at, so you ignore who is standing behind him.

Goldman Sachs is an investment bank and security underwriter which supported Germany in World War I until 1917. Marcus Goldman, its founder, was an Ashkenazi from Bavaria, whose grandfather’s name was Jonathan Marx.  So it is no surprise then that a former VP of Goldman Sachs is involved in a political alliance which is to neutralize opposition to the Great Reset (promoted by Goldman Sachs).  It’s the same politics and economics as ever.  It’s called risk management.

CREDITS:  The featured image of Steve Bannon in 20120, is used from this source.