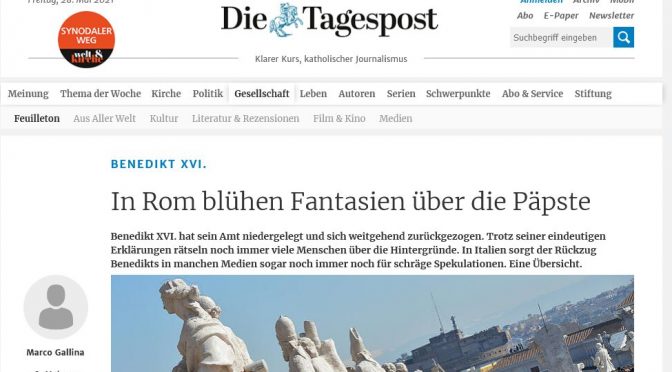 May 28, 2021 A. D. — The dam of silence has broken. The leading Catholic newspaper of German has published an article on the failed renunciation of Pope Benedict XVI.  The damage to the St. Gallen Mafia is extreme.

The paper has cited the names of some of Bergoglio’s most menacing opponents:  Andrea Cionci of the Italian daily, Libero, and Br. Alexis Bugnolo, of FromRome.Info.

First, the article in the original German (click to read): 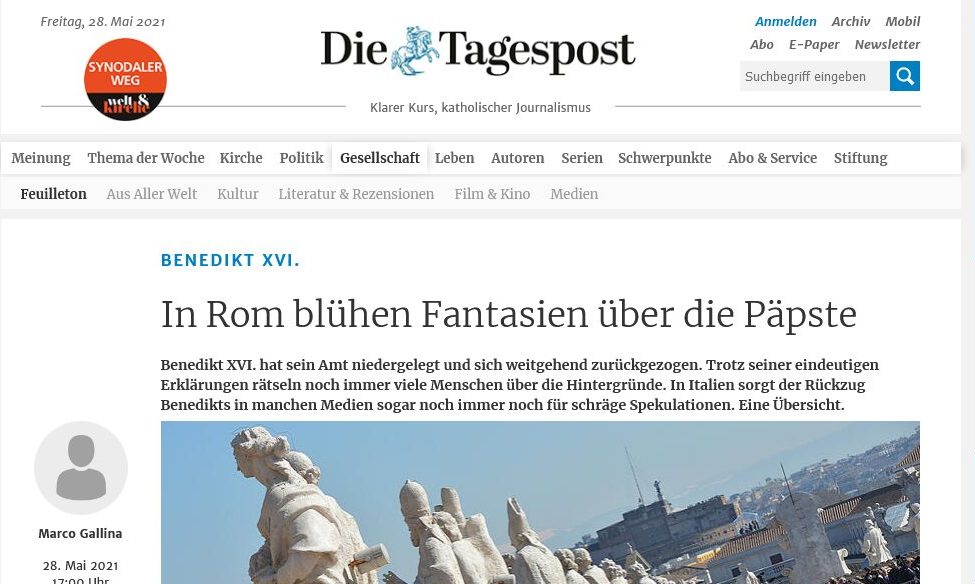 And now for the article in a Google Translation (click to read): 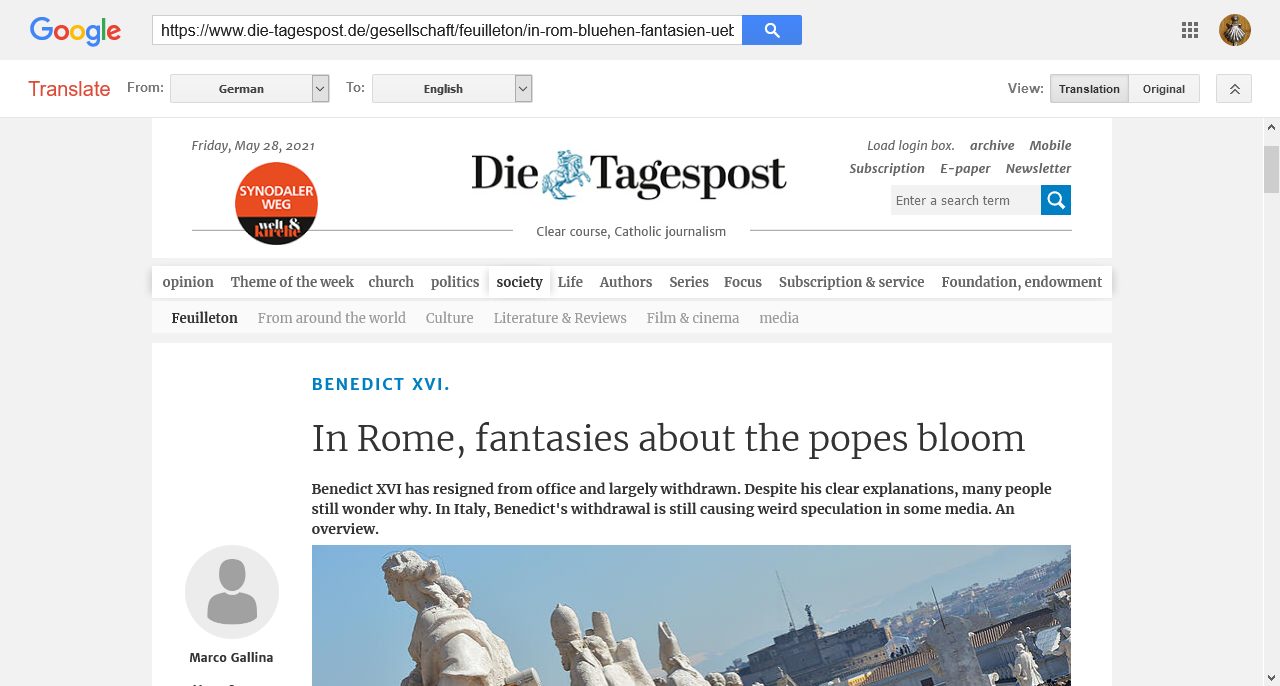 I will leave it to the judgement of the readers, how great the damage to the Narrative this is.

Die Tagespost has attempted to discredit both Cionci and myself ever so subtlety, but it is clear that the attempt is a backfire. Too many facts have been let out.

What has particularly irked Gallina, the author of the article, is that Cionci has established from a close analysis of Benedict XVI’s statements that my theory of the intentional and purposefully invalid renunciation is highly plausible.  Die Tagespost has unwittingly confirmed it by admitting that Benedict never has called what he did an abdication!

This article means, politically, however, that the work of Cionci has caused a massive wave of new questions among the Sacred Hierarchy.  I can confirm that the thesis of the Great Catholic Reset, planned by Benedict or at the basis of the inspiration he received to resign, is now an open question even in the Vatican. Cardinals and high functionaries are speaking of it in an approved manner.

The stranglehold of the controlled Catholic media in the English speaking world has been circumvented. Many thanks to Andrea Cionci and the outgoing editor of the Libero for having given others and myself a voice in Italy and now to the entire world.