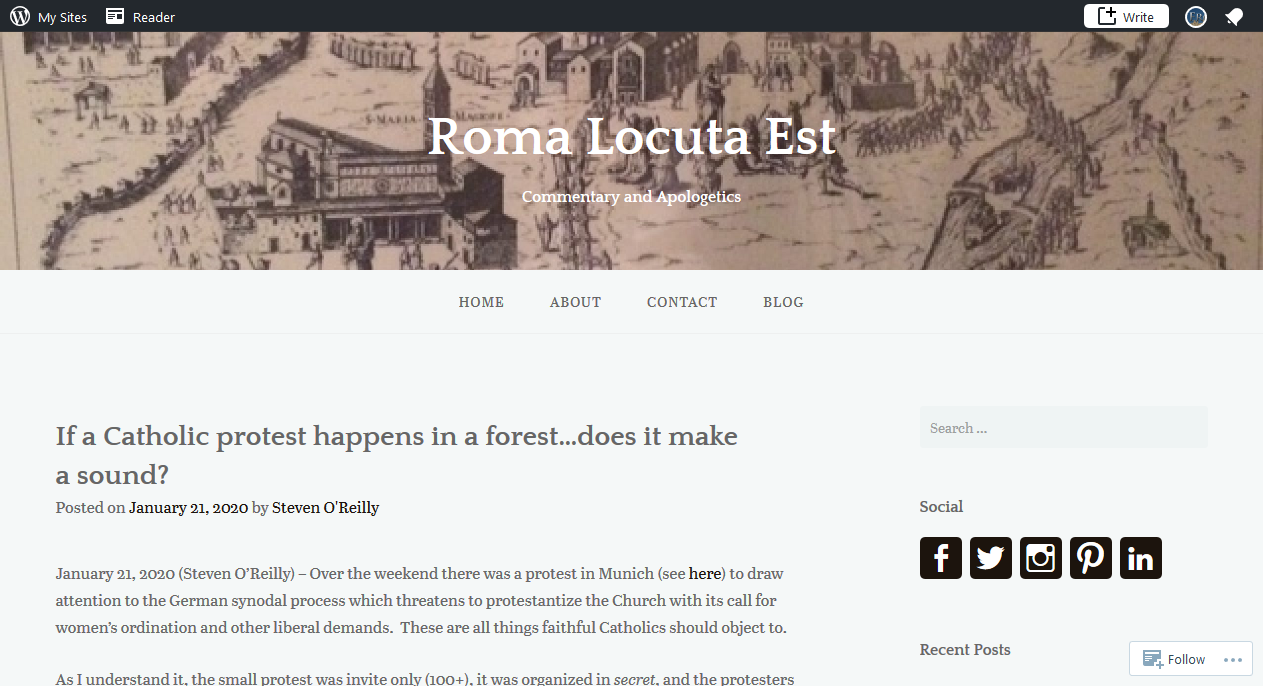 In war, every ally is a welcome guest. Likewise, in the effort to defend and restore pope Benedict, everyone earnest in the cause, cannot help but praise the sound voices of criticism which are breaking up the controlled narrative of the “Bergoglio is certainly pope. Shut up!” Crowd.

I honestly admit, that more than a year ago, when Mr. O’Reilly attacked me for my Scholastic Question, I never thought he would make such a step. But with the passing of time, he has shown himself to have infinitely more intellectual integrity than many in Trad. Inc..

He has even called for an Imperfect Council in three posts. Which is even more than myself, I think! So, as I always admire my betters, I want to point the readers of FromRome.Info to Mr. Reilly’s excellent post, entitled, If a Catholic protest happens in a forest … does it make a sound. A title suggested by a philosophical maxim of Locke, if I remember correctly, about unobserved causes not being causes or knowable as such.

His topic of discussion, is the private, secret, by invitation only, protest organized in Munich by Dr. Roberto de Mattei, head of the Fondazione Lepanto, here at Rome.

At the beginning of his short essay, Steven O’Reilly writes:

See the rest of his sound commentary at: https://romalocutaest.com/2020/01/21/if-a-catholic-protest-happens-in-a-forest-does-it-make-a-sound/

CREDITS: The Featured Image is a screen shot from the Article discussed above. The quote is taken from the original, in an unmodified form, according to fair use standards.