Dr. Sidell, M. D., is an Emergency-Reponse & Critical Care doctor who has treated COVID-19 infected patients in an intensive care unit at New York City for 9 days and says, what they are dying of is not what we think. 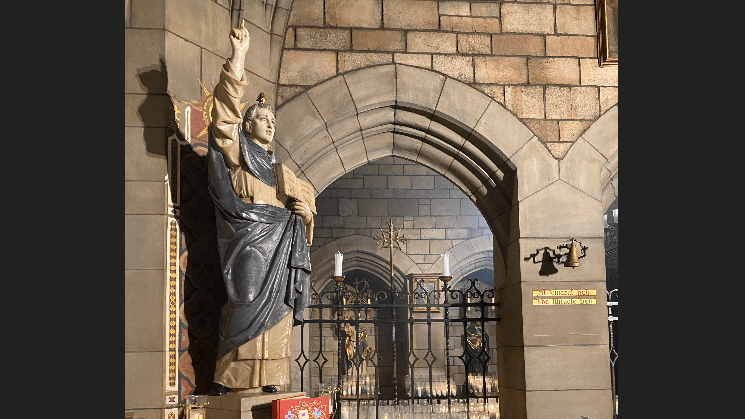 “So if we should follow the NORMAL attitude of a Roman Catholic, that we are to obey the pope in all matters of faith, morals, liturgy, devotion, Church law, etc., instead of the new view which would have us waiting for the next issue of the Remnant or Catholic Family News in order to know what we are to believe and do as Catholics in the moment, we would cease to read the Remnant or Catholic Family News.” –Professor Peter Chojnowski, RadTradThomist blog.

New York City — Feb. 17, 2020: Over this weekend I chanced to meet and speak with two prominent intellectual priests: Fr. Gerry Murray of ‘papal posse’ fame (or infamy, depending on one’s perspective) and canon lawyer; and Fr. John Perricone. I later shared those conversations with a friend, prominent professor, and former lawyer, Fr. Anthony “M.” Here is my story (Editor: quotes are not from a recording, but as he remembers them):

On Saturday, on the occasion of the Third Annual Lepanto Youth Conference, in the shadow of St Vincent Ferrer Church just after the Pontifical High Mass offered by the venerable Joseph Cardinal Zen, at which good Fr. Murray was officially present in procession with twelve or fifteen other priests, plus NYPD honor guard, plus Knights of Malta and other orders, I asked Fr. Murray: How is it possible that a man who has spent the last seven years trying to destroy the Church could possibly be Her pope?

We had just prayed and heard the most magnificent Mass in honor of Pius V–the Pope of Lepanto. With brass enemble, organ and schola cantorum performing the Mass Ecce Sacerdos of Francisco Guerrero. Fittingly, the Gospel for that Mass is “Thou art Peter…. And the Gates of Hell shall not prevail over it…. What thou shalt bind on earth will be bound in Heaven.”

Now, we know that Bergoglio sold out the Church in China

That was the whole point and purpose of the ++Zen conference. So I asked good Fr. Murray, afterwards:

“Fr. Murray, Is not Bergoglio more like Judas than Peter?”

I responded: “Father, he’s done nothing but try to destroy Holy Mother Church for the past seven years!”

“Fr. Murray, not one word of the Viganò Testimony of August 2018 has been impeached. (He nods.) The most important point of which is that Bergoglio is the head of the Homosexual Network Strangling the Church!”

Holding course, I followed up: “That doesn’t matter–if he’s their head, and they put him in, and he is in essence the head of such a criminal conspiracy–think McCarrick…then how can he be pope!”

I could only exclaim, “Really!?”

Just then three Knights of Malta rode to his rescue, whisking him away to lunch. I guess they mistook me for a Turk. (Whereas I would have liked to ask them how Fra Festing–as head of a sovereign state–could possibly have yielded his resignation and the Order over to the antipope on demand, rather than declining Bergoglio’s demand and instead counter-demanding for his–Bergoglio’s–resignation on the grounds that he’s an antipope.)

I hope I conveyed the sense of the sheep to the good father–we know the voice of the true shepherd, and it is not that of Bergoglio. What Bergoglio did to the Church in China–a knife in the back–Bergoglio would do to us all.

The voice of the true shepherd is Benedict’s

On Sunday morning, I did not get very much further than conveying a little of the above conversation to good Fr. Perricone after Latin Mass in Jersey City, when he likened Bergoglio to Paul VI, and, he assured me, people said the same thing about him in 1966, that he was called a false pope if not an antipope. I said, again–“Really? In opposition to whom? Whom did they say was the true pope?!”

But it is as if the wise are blinded, and cannot see as clearly as Sr Lucia and St Catherine Emmerich and Sr. Mariana of Our Lady of Good Success. Or as the dumb sheep in the pew, who rely on hearing as St Thomas Aquinas says.

That evening as the westering sun cast its last rays on the northern Jersey hills, having returned home, I phoned Fr. M. in his mountain redoubt and told him about these conversations.

Fr. M. said, “I know Fr. Jerry, and I think he wouldn’t speak frankly with you for fear of being quoted.”

I asked, don’t people have the right to know. Or is our Faith now reduced to secret knowledge–is Catholicism now a Gnostic sect?

Fr. M. has said in the past to me (privately) that he does not think Francis is pope. And last night he eventually blurted out: “He’s a heretic! Of course he’s not the pope! I have to stop thinking about it, it’s raising my blood pressure.”

Father, may I quote you on that?

As indeed I have done. Three things here, nay four do I glean from the good professor’s suggestion, quoted at the beginning of this editorial:

Pray for all the wishy-washy or namby-pamby ‘leaders’ lay and clerical who can’t seem to get the marbles out of their mouth.

ABOUT THE AUTHOR: Chris Benischek is an attorney in New York. He is convinced by the language of Pope Benedict’s renunciation itself and the actions and statements of Pope Benedict thereafter that His Holiness did not intend to fully resign either the office or the ministry of the Papacy.

CREDITS: The Featured Image is a detail of a photo of the Statue of Saint Vincent Ferrer, St. Vincent’s Church, Manhattan, taken by Chris Benischek. The Video likewise is by Mr. Benischek and used here with his permission.