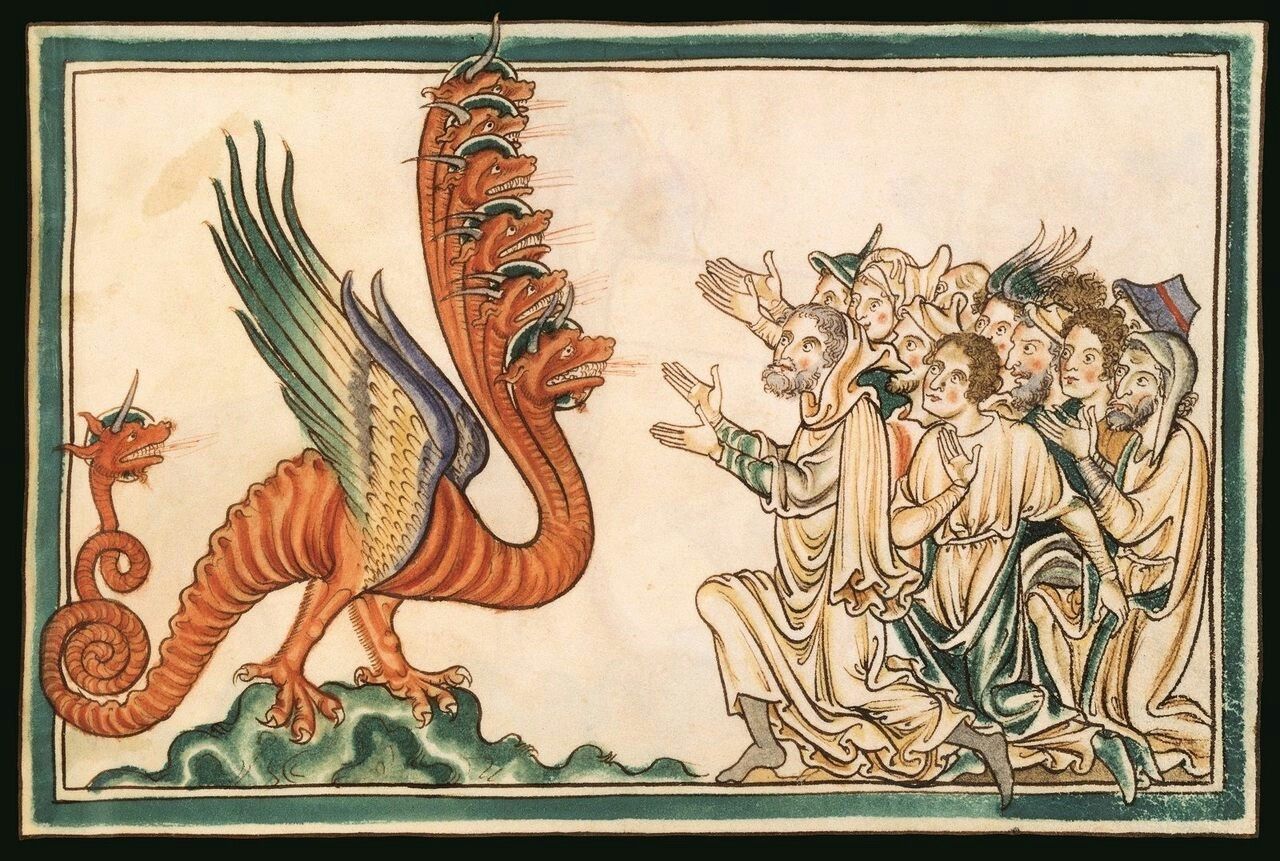 This is also true in the spiritual life. And indeed, as you might imagine, it is principally through adhesion to error that the souls of men become demonic and descend downwards into the infernal even before they are ripped from their bodies in the moment of death, and dragged down to Hell — as Saint Francis of Assisi teaches.

Two of the greatest and most common errors among Catholics today are two of the most effective in preparing the way to the Antichrist.

I speak of Quietism and Pietism.

Quietism is the error which thinks that holiness consists in being not action, and that therefore one can grow or remain holy without the works of mercy. Quietism originates in France in the 17th Century, with a Catholic who falsely presented himself as an authority on the spiritual life.

Pietism is the error which thinks that holiness consists solely in acts of prayer, interior or exterior, but especially in private. Pietism originates in Germany in the 16th century, among the Protestants.

These two errors have wicked offspring which live under different names to conceal their true parentage.

The first is what one might call the Non Expedit Catholic. The concept of Non Expedit was a political decision of Pope Pius IX which in response to the robbery of the Papal States by the Kingdom of Italy declared that it was not expedient for Catholics to participate in politics in Italy because by doing so they would implicitly endorse the robber government. But Non Expedit Catholics today have no such political context to justify their position. They simply do not want to do anything to prevent the collapse of Christian civilization or to defend the Faith in the temporal order, because they have given up all hope that Christ has any power or interest in the temporal order. They so identify themselves with Christ that like Him they flee political power or influence. They pretend, like the parents who lived like capuchines in the example of St. Francis de Sales’ treatise, On the Love of God, that as laymen they should seek the level of perfection of religious. A thing the Saint reproved in strongest terms.

One variation of the ‘Non Expedit’ Catholic votes for secularist parties which are less liberal and progressive, but only because he has despaired of Catholics or Christians doing anything significant in politics. This is very common in the USA, where Catholics vote for one party to oppose the marxism of the other, under the idea that a Christian party would never win. That is how impotent they think Christ and Faith in Him are!

The second is what I call liturgicalism. The Liturgicalist Catholic holds that the entire public effort of the Catholic should consist in participating in religious public rituals, beyond which he can hold and believe in any politics whatsoever.

Together these four errors have prepared the way for the Antichrist by neutralizing the authentic Catholic spirit which showed itself past ages when so many Catholics of all walks of life were so active to preserve and promote the Christian order in the temporal sphere, that they risked life and limb in war, rebellion, and voyages of discovery and colonizations.

Catholics who lament the problems of the world on a daily basis, but do nothing personally to fight them by forming authentic Catholic political parties and supporting them, are the end produce of these four errors. They have been thoroughly inoculated and neutered. A prime example of this is today’s Catholic man, who grows a beard and gives a YouTube lecture on how to be a man, while taking care of the kids at home and letting his wife work a real job. That is the state of the lay catholic today in public life.

I fear that on judgement day, such Catholics will hear those terrible words of Christ, “To whom much was given, much was expected. What have you done with the 10 talents I entrusted to you?”