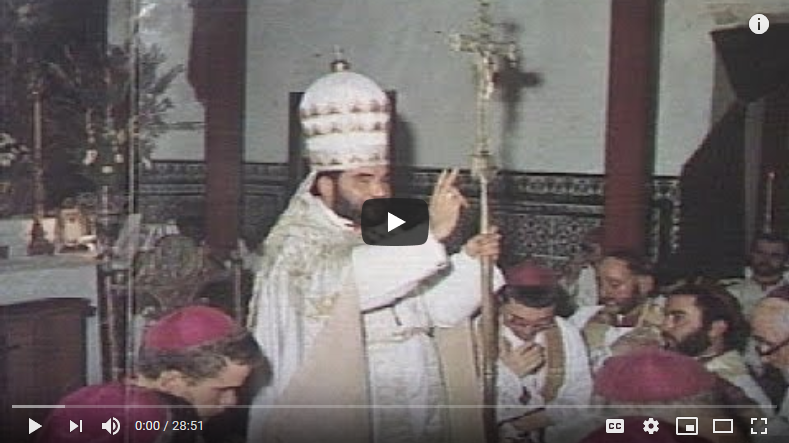 The Catholic Church has been attacked by the enemies of truth from the very beginning. Christ healed the sick, restored sight to the blind, made the deaf hear and the lame walk. — But the enemies of truth said: He has a devil. It is by the hand of Satan that he casts out demons.

Christ, Who was meek and discrete in speech, nevertheless, reserved His maximum anger for these sons of Lucifer, saying that those who blaspheme the works of the Holy Spirit shall never be forgiven, not in this world, or in the world to come.

They crucified Him, but He rose from the Dead.  — But these enemies of truth said: His disciples stole the body and invented the story of the Resurrection. The guards, who were sleeping, are the witnesses of it all!

Liars simply cannot get their narrative to fit reality, because when you deny reality, your narrative no longer fits all the facts.

Such are the liars of of own age.

Canon 332 §2 says that a Roman Pontiff renounces, when he renounces his munus. — But they says ministerium = munus.

Canon 1331 says that an excommunicate cannot hold a dignitas, officium or munus. An affirmation which demonstrates that ministerium does not equal munus, and to renounce ministerium is not to renounce either office or munus or any dignity. — But they say that Canon law was never meant to be precise.

Canon 17 says that all words in the Code of Canon Law must be interpreted properly. — But they say that there are no definitions in Canon Law and if you read it like a book of theology, you will misinterpret it.

The Palmarian Church vs. the Bergoglian Church

The Catholic Church is founded upon truth, indeed, upon Truth Himself, because God is Truth and the Son of God is the Truth of God. This is why the Church exists where the laws of the Church say She exists. That is how we know that this man is a bishop and that man is a priest, but that that bishop is a schismatic and that priest is a fraud.

But there are some “Churches” which appear to be Churches. Let’s compare and contrast them.

One is the Church of Palmar de Troya in Spain. It is little known and very secretive. Some of those who alleged to have visions went on to found an Order of Carmelites. Several of the men involved were ordained priests by a Catholic Bishop. Then, some of these were consecrated Bishops by the same Monsignor.  And one day, one of these illicitly consecrated Bishops said he had a vision of Christ in which Christ made him the Pope. Since that time there have been 3 successors. And it is no secret that the first one was well known among the sodomites of Madrid.

If we apply the Code of Canon Law to this phenomena, we see that this “church” is a schismatic Church. If you examine their beliefs and practices you will find perhaps — I have not done the study — that something they teach is contrary to the teaching of the Church.  In short, you can conclude by such a comparison, that the Church of Palmar de Troya is a false church. It is not the Catholic Church. It was not founded by Jesus Christ.

The other is the Church of Jorge Mario Bergoglio.  It is very well known and not very secretive. All of the Cardinals and Bishops involved claim that he was elected in a legitimate Conclave in 2013, even though Pope Benedict XVI was still alive and had not yet said to anyone alive on Earth, then or now, “I renounce the petrine munus”.

If you examine the beliefs and practices of the Bergoglian Church, you will find that at Mass they offer the ritual to Pope Francis, the name Bergoglio took after his allegedly valid election. They openly admit that the Eucharist can be given to public sinners, in defiance of the Council of Trent which excommunicated all who preach such a lie and do such a horrible thing. They are giving blessings to sodomites and are holding a Synod in Germany which wants to approve the ordination of married men and the Sacrament of Matrimony for sodomites and lesbians. — If you compare the official beliefs and practices of the Bergoglian Church it is clear that every year is it more in opposition to the teachings of the Catholic Church and that it recognizes someone uncanonically elected as its head, in defiance of everything written in the Code of Canon Law on the topic. Thus, it is a false Church, it was not founded by Jesus Christ.

Both of these churches can easily be recognized as false churches by the same rule of measure: Canon Law. That is why, when Christ said, Whatsoever you bind upon earth, shall be bound also in Heaven, He was not only giving to Peter and his legitimate valid Successors a tremendous power, He was also giving all of His faithful an infallibly clear objective and visible criterion by which we can discern WHO is the true Pope and HOW to know it. We are not dealing with a circumstance or event about which Canon Law is silent. The renunciation of a Pope is defined in Canon Law as to what it is and when it happens validly. — If we ignore that, we will end up in a Palmarian Church founded by the former Cardinals and Bishops of the Catholic Church

All Cardinals and Bishops and Priests who want to remain in the Catholic Church need to reaffirm their adhesion to Canon Law and begin to follow through with what it says. Just as in life, if we remain silent and do not profess our faith and act it out, we shall be judged damned for all eternity, because our silence is equivalent to a denial, so in regards to the false claims of the Bergoglian Church, if we fail to apply Canon Law, Christ will recall His words to Saint Peter, and then send us to the bottomless pit, were worms never die, and the flames are never extinguished.

CREDITS: The Featured Image is of the YouTube video of the Pope of the Palmarian Church in 1991. It is used here in accord with fair use standards for editorial commentary. It was found in a lengthy article about the sect here.