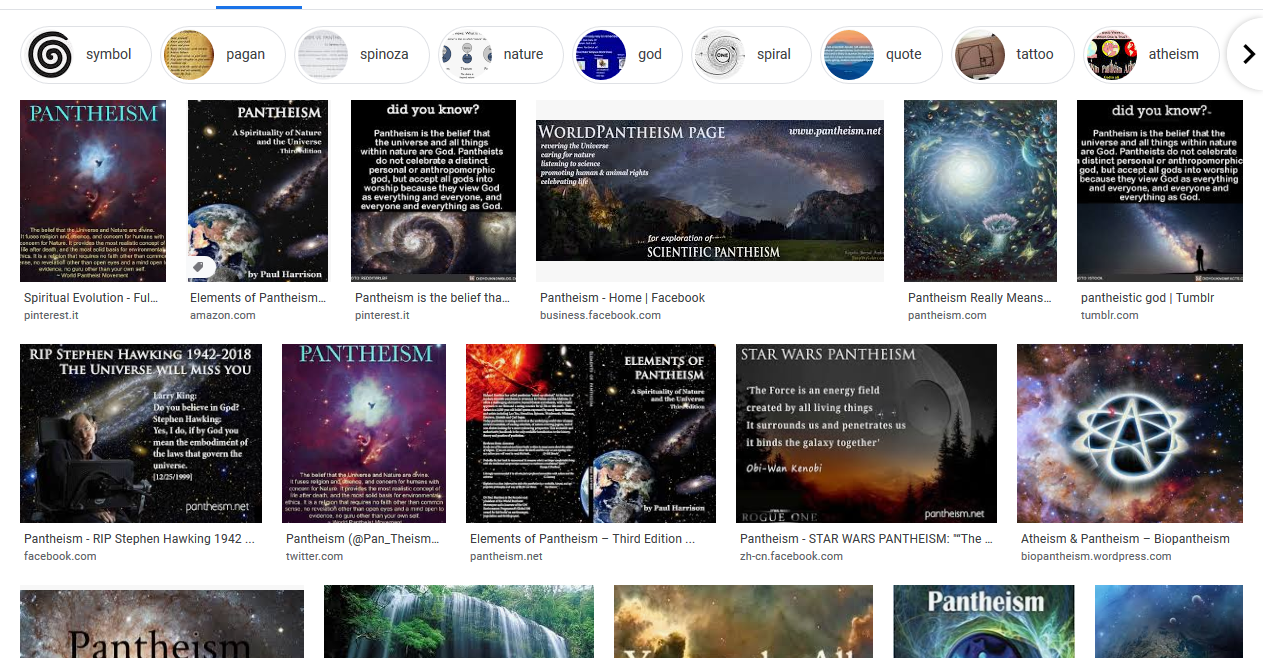 Pantheism is the false belief that everything is God, or more precisely, that God is incarnate in everything.

As an error, it is an absurdity. It arises in the East in the Indus Valley in the ages before Christ and it is the core principle of Hinduism.

But it is also the consequential philosophical position of German nominalism.

Nominalism is an error introduced into Europe in the high middle ages by the Arabic philosopher Averroes. It spread rapidly at the University of Paris and thence to all of Europe, especially to the faculty of Tubingen. It was popular among secular logicians who, following Peter Abelard, thought they could carve out a place in Catholic society where they were not obliged by the faith to live moral lives.

Nominalism was condemned by both Saint Thomas of Aquinas, whose feast is celebrated today, at Aquinas and Priverno, Italy, and by Saint Bonaventure of Bagnoregio.

Nominalism ends up in pantheism, because nominalists deny that any particular word names anything particular or idea in a definitive way. For the nominalist, another word can just as easily name what is named.

As one permanent Deacon explained to me, here in Italy, most of the clergy do not think there is anything named by the word, God. For them, God is a word.

You can see, therefore, the difficulty a Modernist will have when confronting the fact that Pope Benedict XVI renounced the ministerium and the Code of Canon Law says a pope must renounce the munus, if he wants to un-pope himself.

You can see that the Bishops are modernists in that they are responding to the Corona Virus as if God is not in the Eucharist and that the waters of Lourdes have no miraculous connection to the God of all Healing and Grace.

This is why they wont even give you a response or audience when you ask to speak about the Renunciation. Questions and problems of this kind never enter into their heads.

This is why, just as the Lord punished the Jews of old for apostasy, with plague, so now the Lord sends the Corona Virus to punish the wicked clergy for their atheism.

For just as God incarnated once, and can incarnate not again, so every specific word has a specific meaning. This is the error also behind the subsistit in, in the “Dogmatic Constitution on the Church”, passed at Vatican II, on Sept. 17, 1964.

That is why all those who insist that Bergoglio is the pope are not Trad Inc. or traditional Catholics, they are Modernist Inc. and modernists, even if they say the Old Mass with all the rubrical perfection that has ever or could ever be achieved, in all possible universes.

CREDITS:  The Featured Image is a screen shot of the search results of Google Image search for pantheism, and is used here in accord with fair use standards for editorial commentary. While the results have many interesting graphics, many of them are from occult sources and contain various errors or unseemly images, which are not recommended.