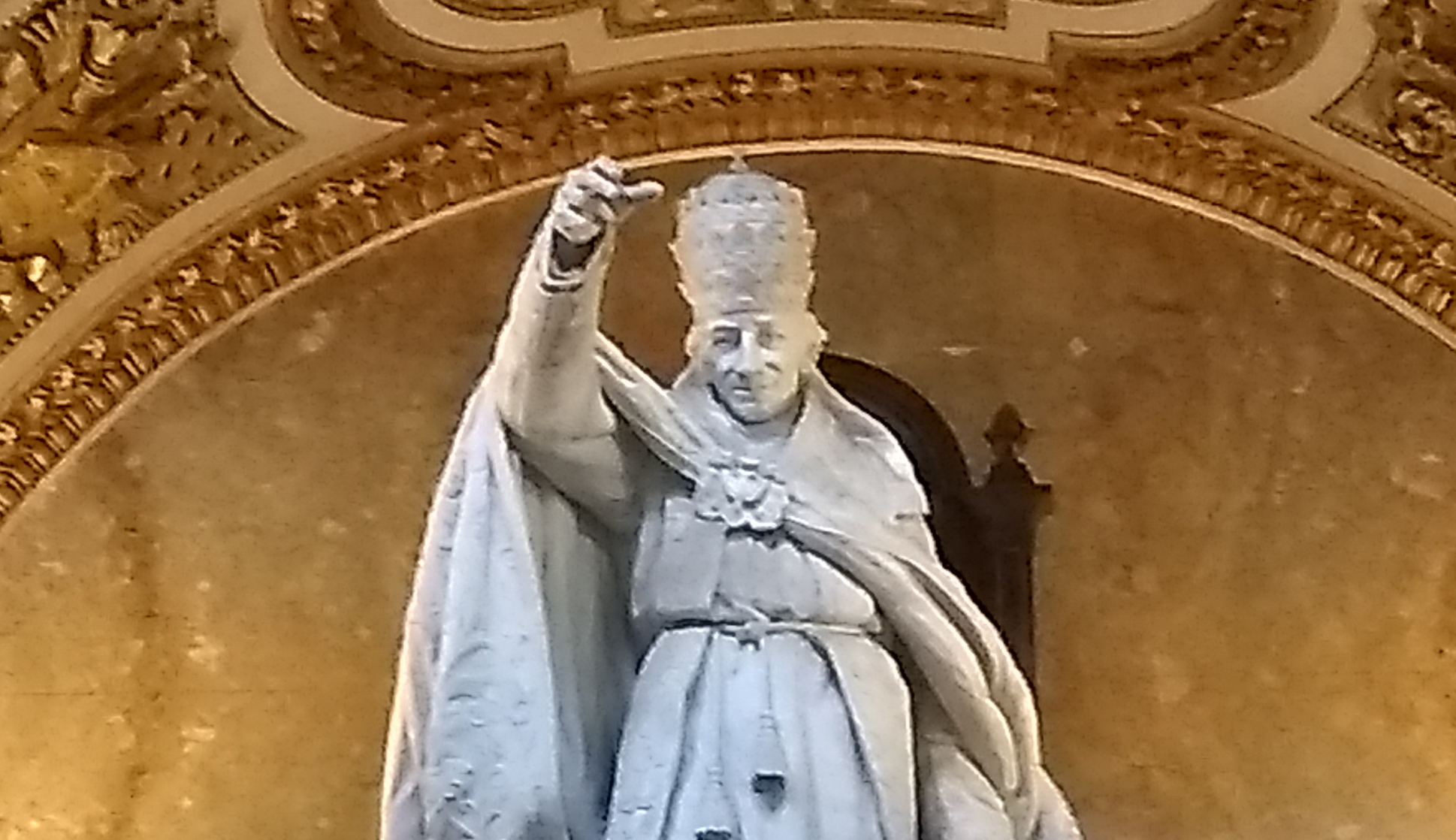 The exaggerated practice of obedience towards human superiors has been used as the most effective weapon of the Devil in modern times. We have only to recall the tens of millions murdered by those who obeyed their superiors in the Third Reich of Germany, the Union of Soviet Socialist Republics or the Peoples’ Republic of China, to evidence the fact.

But even in the Church, this moral fault has been the cause of the destruction of the mass, of catechetics, of religious orders, etc..

Now, the same faulty notion of obedience is destroying the actual pastoral activity of the Church.

So I thin a brief Catechism on the moral virtue of obedience is due a review.

Obedience is a moral virtue. That means it is a virtue of the will. That also means that it has two species, or varieties: the natural and the supernatural.

Obedience as a natural virtue is a species of the virtue of justice. It inclines us to obey our legitimate superiors in things legitimate, promptly, faithfully and exactly.

As Christians, the model of our obedience is that of the Son of God who descended from Heaven, was incarnate in poverty, waited long in patience, zealously committed Himself to the apostolate when directed, and accepted the ignominy of even the Cross when asked.

You can sin against obedience by not being obedient, by being too little obedient and by being to much obedient.  Obedience has these 3 opposing sins, because obedience is a virtue directed to action. Just as you can not act, act poorly or overact, so you can sin 3 ways against this virtue.

Now, the proper object of obedience is the command, not the whim, of a superior: a legitimate superior, not anyone who simply claims to be our superior, or whom we think is our superior, but rather one who is legally, lawfully our superior.

Since obedience is a species of the virtue of justice, it is tempered by justice.  Justice is the virtue which inclines us to render to each what is his own. Thus a superior who is legitimate has a legitimate scope of authority and jurisdiction. That is, there are limits to his authority and to where that authority applies. Only God, as the superior of all, has no limits to His authority or His jurisdiction, except the Goodness of the Divine Nature Itself and the totality of reality.

So before obeying, ask, if the one commanding is commanding.  That is, is he merely expressing a whim or desire, or is he using human language to express an obligation which applies to you.  For human superiors, fulfilling their every wish is usually a vice, unless you hold an office of personal assistance, such as a secretary or Majordomo.

Fourth, make sure that what your superior is commanding is within his provenance to command.  Thus, the pastor of your parish church can command things regarding his parish, not someone else’s parish. If you happen to find yourself in another parish, and run into your pastor, and he commands you anything at all, you have not obligation to obey, because he is outside his jurisdication. Thus the governor of one province cannot command you as a subject of that province, to do anything in another province.

Fifth, make sure you fulfill the legitimate command of your legitimate superior completely, not in a half measure, nor excessively.  It is wrong to not sweep the kitchen floor when you are under 18 years of age and your father commands it. But it is also wrong, if he commands you then to paint the garage machine blue, that you also paint the house machine blue.

Obedience in the Church

You sin mortally if you obey a man who is not the true pope, because you rob the true pope completely of your duty of obedience.

You sin mortally if you obey a true pope more than God, as God has revealed in Scripture and Tradition, and explained in the perennial magisterium, because in that you rob God of your obedience.

Christ our Head and our King

The Church only has one superior. Jesus Christ.  I say, Jesus Christ, rather than God, not because Jesus Christ is not God, but because whereas God commanding many things in the Old Testament, our obedience in the Church is directed to what God commanded in the New Testament, in His Incarnation whereby He took the Name above every other Name: Jesus Christ.

This is why, when Christ commands the Apostles and Bishops and clergy to go into the whole world and make disciples of every nation, they sin mortally to neglect this command or to obey any superior who directs them not to fulfill it.

This Great Mandate, which Christ gave to the Church at the moment He ascended to the Right Hand of His Father in Heaven, is the supreme command.  The Fathers of the Church explain that while this command mentions Baptism explicitly, it includes the celebration of all the other Sacraments implicitly, in the words and teach them to observe all the things which I taught you.

It follows then, that if Christ commanded the Sacraments, those who think the Sacraments can cause any evil of any kind are godless blasphemers. And those who omit them on account of such blasphemy and disbelief sin mortally, and cannot command such a thing.

We need to pray for the clergy, they are greatly deceived right now and they are doing the will of Satan in closing churches and obeying an antipope and in denying Catholics the Sacraments for no reason at all, but disbelief and a wrong notion of obedience.

In the present crisis, you have every right to deny material support to any Bishop or priest who refuses to obey Jesus Christ and the true Pope. You have the right to tell him that. And you have no obligation to apologize or confess such an approach, because it is true virtue and will merit you eternal life. Finally, if you have donated anything to your local parish, and that parish closes its doors to everyone, you have the right to ask it back, and you have the right to sue them for fraud. If you explain that to your local priest, maybe he will being to obey rightly his human superior and Jesus Christ, and learn how to distinguish how to do so correctly to each.

CREDITS: The Featured Image is a detail of a photograph by Br. Bugnolo of the statue of Pope Leo XIII above his funerary monument at the Basilica of Saint John Lateran’s, here at Rome. The Pope’s triple tirara is a symbol of his threefold authority as Christ’s vicar over things spiritual and temporal, in this world, and as a temporal ruler in his own right.