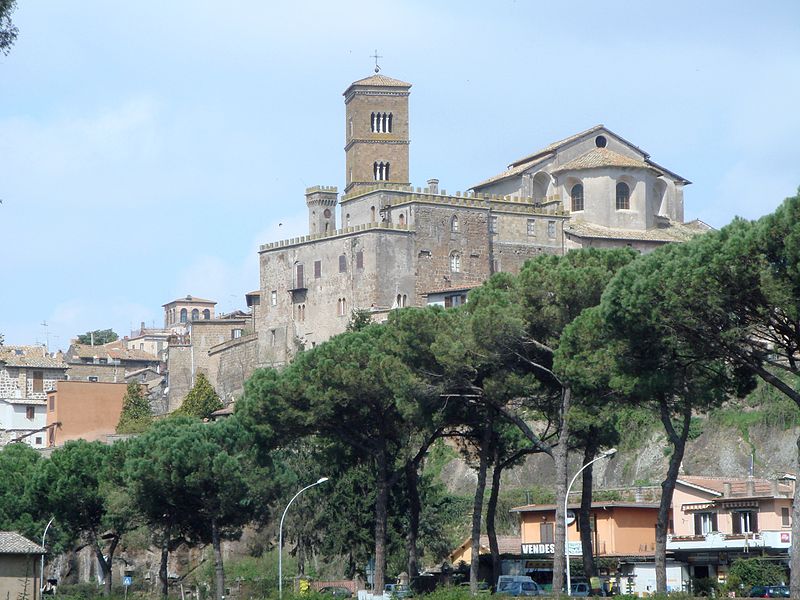 In an article entitled, Waiting for Gregorian reforms 2.0, published by Polonia Christiana on Sept. 7, 2018 (and reprinted by ChurchMilitant.com, Prof. Grzegorz Kucharczyk lays out the historical and legal context of the current crisis of criminality in the Church which may lead to another Synod of Sutri.

The Synod of Sutri in 1046 A. D., was one of the most extraordinary canonical events in the history of the Church. It deposed 3 popes and paved the way for the election of Pope Clement II. Our knowledge of the event is confirmed by men of indisputable honestly: Bl. Pope Victor III in his annales, Saint Peter Damian who praised the proceedings and attended the coronation of Pope Clement, and Pope St. Gregory VII, who as an acolyte of Gregory VI was present at the Synod and saw his patron deposed from the papacy.

Later historians, after the Council of Constance, who wanted to defend against the implication that the Pope could be judged by a Council, have fiercely attacked the Synod of Sutri as an aberration, an uncanonical proceeding, an illegitimate act to be discarded to the history of the Seculum Obscurum of the Church, a long period in which the Papacy was ruled by despots appointed by Roman Nobility, without regard to the norms of law.

But the Synod of Sutri was a legitimate canonical proceeding accepted by all parties, save that of Pope Benedict IX, after whose death there were no supporters of his own to continue his opposition. Holy Mother Church by canonizing 2 witnesses and beatifying the third, gives the most certain refutation of this wrong headed papal maximalists, who erred out of excessive zeal in judging the precise nature of the canonical proceedings.

Popes Sylvester III and Gregory VI were never valid popes. The former usurped the office of the Papacy after an angry mob had driven Pope Benedict IX from the city. The latter, Gregory VI, had purchased the office of the papacy from Benedict IX who wanted to resign and marry, and needed the money.  Pope Benedict IX by the fall of 1046, had publicly resigned the papacy but wanted it back since his girlfriend had rejected his proposals to marriage.

So according to the norms of law, 3 pretenders to the papacy were deposed, not three popes.

The confusion about Sutri lies in the obscurity of history, since it is not known under what kind of precise wording Benedict IX resigned and sold the papacy to John Gratian, who took the name Gregory VI. And for that reason, some have said that Benedict was still the pope, assuming that the resignation and sale were one contract, and others have said that Benedict was no longer pope, assuming the two acts were separate. The sale of an ecclesiastical office and its reception by the buyer were always considered invalid legal acts from the time Saint Peter condemned Simon Magus for wanting to do such a thing (cf. Acts 8:9-24). Whence the name for such a crime: simony.

In my previous article on this, I spoke according to the first assumption, and riled the Sedevacantists. — I publicly admit that my assumption about he contract, there, might have been wrong.

But what Prof. Grzegorz Kucharczyk says in his article is true. The Synod of Sutri was the consequence of temporal power which required the resolution of a disputed papacy at Rome for its own purposes. Just so, the ongoing massive legal actions by several nations against the criminally corrupt clergy will inevitably lead back to Rome. And then the power that be will find it necessary to clean up the Vatican.

I will add my own observation, here. Namely, that the recent decision of the pro-Bergoglian government here in Italy — which enjoys now less than 15% support in the national polls — to put the most popular politician, Matteo Salvini, on trial for delaying the disembarkation of illegal immigrants in the port of Catania for 3 days, though with the consent of key members of the current government — Salvini will be charged with kidnapping! — will have its consequences. It will produce the certainty that the day the people of Italy again have a government which supports their views on immigration, that that new government will be implacably anti-Bergoglian and disposed to use their rights, under the Lateran Pact, to resolve the problem of a Vatican out of control and operating against the canons of the Church.

In this way, the doors to the Second Synod of Sutri are being unlocked: Christ the King will have His justice executed even in this world!