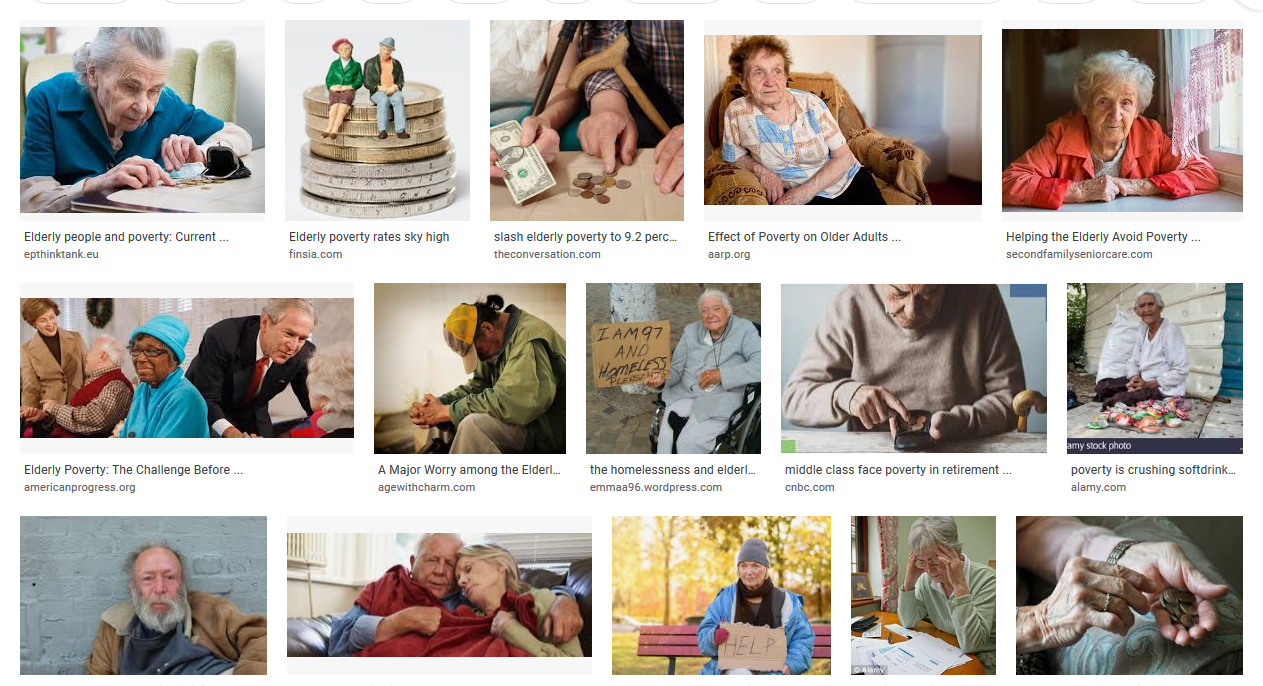 One of the saddest realities of the Coronavirus is that it afflicts the elderly most of all.

In modern times, the elderly have pretty much been seen as a group to attack and exploit: attack, inasmuch as their ability to be a collective memory of an age before modern errors were as viciously predatory as they are, and exploited for their votes to propose a slower down spiral to the brave new world of socialist tyranny.

But for the most part the elderly are neglected. Part of the reason is the continual Marxist propaganda though mass media (TV and Movies) which focuses on a youth culture and ignores the elderly as if they do not exist or as persons who are only worthy of interest when they are ridiculously portrayed. Part of the reason is the excessive hands off policies of modern nations which have allowed work to be divorced from family live, and thus have deprived elderly parents of the company and care of their children, who are forced to work, increasingly, far from home.

But no sooner as the Corona Stunt began, all of a sudden the whole world should stop for the elderly to prevent their death by coronavirus. As soon as I began to hear this propaganda, I realized it was totally dishonest, because no one in the State nor Church nor Media has given one bit of concern to the elderly for 70 years.

The real reasons why so many elderly die of the influenza is because they live in poverty and neglect. This is especially true in Italy, where the majority of elderly live alone in their ancestral villages, without any support or assistance of children and grand children, who had to seek work and careers abroad or in distant cities.

This is further exacerbated by the abysmal discrimination of the Italian welfare system against the aged. In Italy only those receive pensions who have worked at a salaried job for all their lives. But most of today’s elderly never had that kind of economic opportunity. For the last two decades, in fact, there have been complaints from the elderly across Italy, that they have to forgo eating to afford their medicine or to pay their rent. They are even made to pay income taxes on the little income they have if it is less than 10 thousand euros!

Indeed, there are some entire cities, such as Caltabellota, in Sicily, which are more than 65% populated by the elderly and where the average citizen lives on less than 12,000 dollars a year!

It is not surprising then, that the elderly are the predominate victims of Coronavirus, because they lack proper nutrition and have no one to look out for them. Many of them are obviously turning to medical care much too late to be helped through the infectious stages of Coronavirus.

When I look at the long lines outside in the winter cold, in front of each supermarket on a daily basis — because the Decrees for Health Safety for the Corona Pandemic require no more than so many persons in a supermarket at any one time — I cringe at heart, knowing that such exposure to the elderly is the worse thing they need during an epidemic. They are given, moreover, no priority in line.

The ultimate cruelty, is that when they do fall sick to Coronavirus, and go to a hospital, that in the hospital they are denied all human consolation and solace by their loved ones and are forced to die without their family around them, without the Sacraments, and even without a public funeral.

Worse still is that in many western countries, now, there is a move to euthanize corona patients who are very old. It is called Pallative Care, and in the USA they hare setting up such teams at each hospital to ensure death without any oversight or intervention by relatives.

The Corona Control caused many caregivers for the elderly in Italy to abandon their patrons and return to their home countries in Eastern Europe. This resulted in thousands of elderly being left alone, falling into very poor conditions and being rushed to hospital, where they were infected with coronavirus and neglected unto death. Read the stunning report here, under the update for April 1, Italy. If this is true, a large percentage of the 12,000 victims of Coronavirus in Italy will fall squarely on the shoulders of Giuseppe Conte and the ruling government.

So the next time you hear your daily Main Stream Median shout that the elderly will be massacred by this virus, understand it as pure bluster. The Corona Control being imposed is the worse thing for the elderly and will enable them to be killed off in silence.

The deaths of the elderly are a political necessity for Globalists and Marxists, because both want to remove the foundations of morality and destroy the collective knowledge of the past, so that they can establish their dictatorship of the globalist elite.