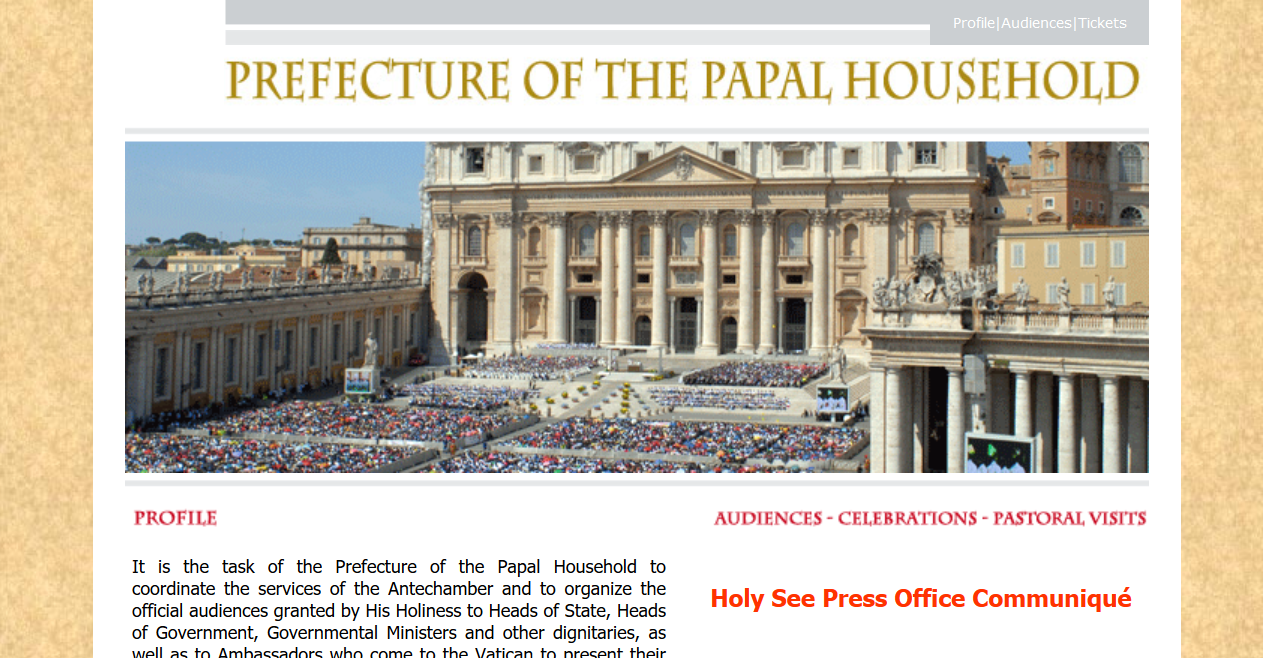 The Office of the Prefecture of the Papal Household, headed by Archbishop Gänswein still — at least on paper — has announced the ultimate and consummate apostasy of Bergoglio: the celebration of Holy Week Services WITHOUT the faithful. Here is the official statement, in the official English version, original coloring:

The Prefecture of the Pontifical Household announces that, because of the current global public health emergency, all the Liturgical Celebrations of Holy Week will take place without the physical presence of the faithful.
Furthermore, this Prefecture informs that until April 12 the General Audiences and the Angelus presided over by the Holy Father will be available only in live streaming on the official Vatican News website.

That is right, Holy Week for Bergoglio, but not for thee!

The sheep of the smells and bells, the poor of the peripheries of Vatican City: DON’T YOU DARE COUGH ON ME!

This is the latest UNMISTAKABLE SIGN that the man never had the petrine munus, which is first and foremost a CHARISTMATIC GIFT to govern the Church.

Let those who have eyes see!

But this perfidia completa — complete betrayal — something the enemies of the Church have dreamed of, is not just something you outside of Rome can scoff at. As Giuseppe Pellegrino, the English language translator of Antonio Socci’s book, remarks on twitter:

For those of us who know that Pope Benedict XVI is the true pope, we can wryly remark that the faithful are better off not getting anywhere near Bergoglio lest they catch his spirit of heresy and apostasy.

CREDITS: The Featured Image is a screenshot of the webpage of the Prefecture of the Papal Household, which oversees liturgical celebrations at which the Roman Pontiff presides. You can read the page yourself by clicking the link on Giuseppe Pelligrino’s Tweet.