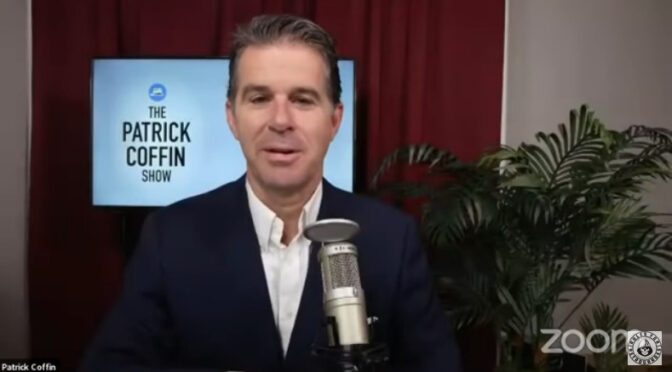 Passing over the fears of the host, I must point out that at about 14:00 Patrick Coffin, says, “Before the Church pronounces, I am not going to stand on moral certainty”. In saying this, Mr. Coffin shows that he is unfamiliar with proper forensic principles of discernment. And if I let this pass over, I would be leading all of you gravely astray, so I will respond here.

Separately, I have cordially responded to Dr. Gordon’s assertion about the necessity or recourse to a concept of legal precedence in discerning the validity of Benedict’s renunciation, here. I will not respond to Gordon’s assertion that the Church must first give the Pope authority to do something before he can do it, since such an assertion is patently heretical, as it implies the Papal office is subject to the authority of the Church, and not immediately to Christ, as Vatican I teaches.

There are different systems of proof in diverse legal traditions. But all of them accept that from a sufficient number objective facts, one can discern the existence of subjective motivations. Otherwise, all legal systems would necessarily have to refuse to impose objective legal public punishments.

In the system here in Italy, the saying is that 2 facts establish a suspicion and 3 confirm a motivation. — This is not an exact quote.

Saint Thomas Aquinas says that 2 or three sins of the same species establish that there is habit of sin, not just an occasional fall.

From this it can be inferred, since man has the God-given intellectual ability to conjecture, recognize species and infer and deduce consequences that;

Now in the above exposition I make in 4 points, I distinguish between subjective and public certitude. Subjective regard the individual, whether made in the privacy of his own mind or expressed in speech, written or vocal. This regards his personal responsibility. But by Public, I mean to signify what obliges the community to acknowledge and put into forensic or judicial judgements.

As soon as public certitude is had, even before any tribunal hands down a sentence, every individual can stand on the moral certitude that the facts prove or demonstrate a specific cause or motivation.

But if only subjective certitude is has, it may very well be that public certitude follows immediately or necessarily, but the subject for the moment should not claim public moral certitude, though he has the right to claim moral certitude for those who know of the facts, by personal knowledge or confirmation.

For this reason, we must stand on public moral certitude that Bergoglio is a heretic, schismatic, and anti-pope and that Benedict XVI is the true pope and not a heretic, as I have argued in many of my articles here at FromRome.info, but which to explain now in detail would be prolix.

And I do admit, in this exposition I have made, I have inclined to the safer position in my 3rd point, because there are many who make no distinction between subjective and public moral certitude, since many courts use what I call subjective certitude to hand down judgements. But I distinguish here because many courts hand down judgements on the basis of three facts, when more evidence and criticism of the known evidence, results years later in the opposition judgement and the recognition of haste or error in the first one.

However, I hope I have explained the forensic principles of certitude which I use, and why I believe that Mr. Coffin gravely errs by an excessive and unreasonable scrupulosity when he says that he will not stand on moral certitude until the Church makes an objective forensic judgement. If his position were correct, then one could scarcely justify any private initiative to urge authority to make public judgements when they hesitate to do so, and one would undermine the confidence the public would have in its ability to know objective truth on the basis of forensic evidence understood by right reason and sound principles. That would serve the elites who rule, but would present a deformed anthropology and distort the image of man as it is presented to us in Scripture, in the bold initiative of all the Saints to judge and discern and condemn error and injustice.