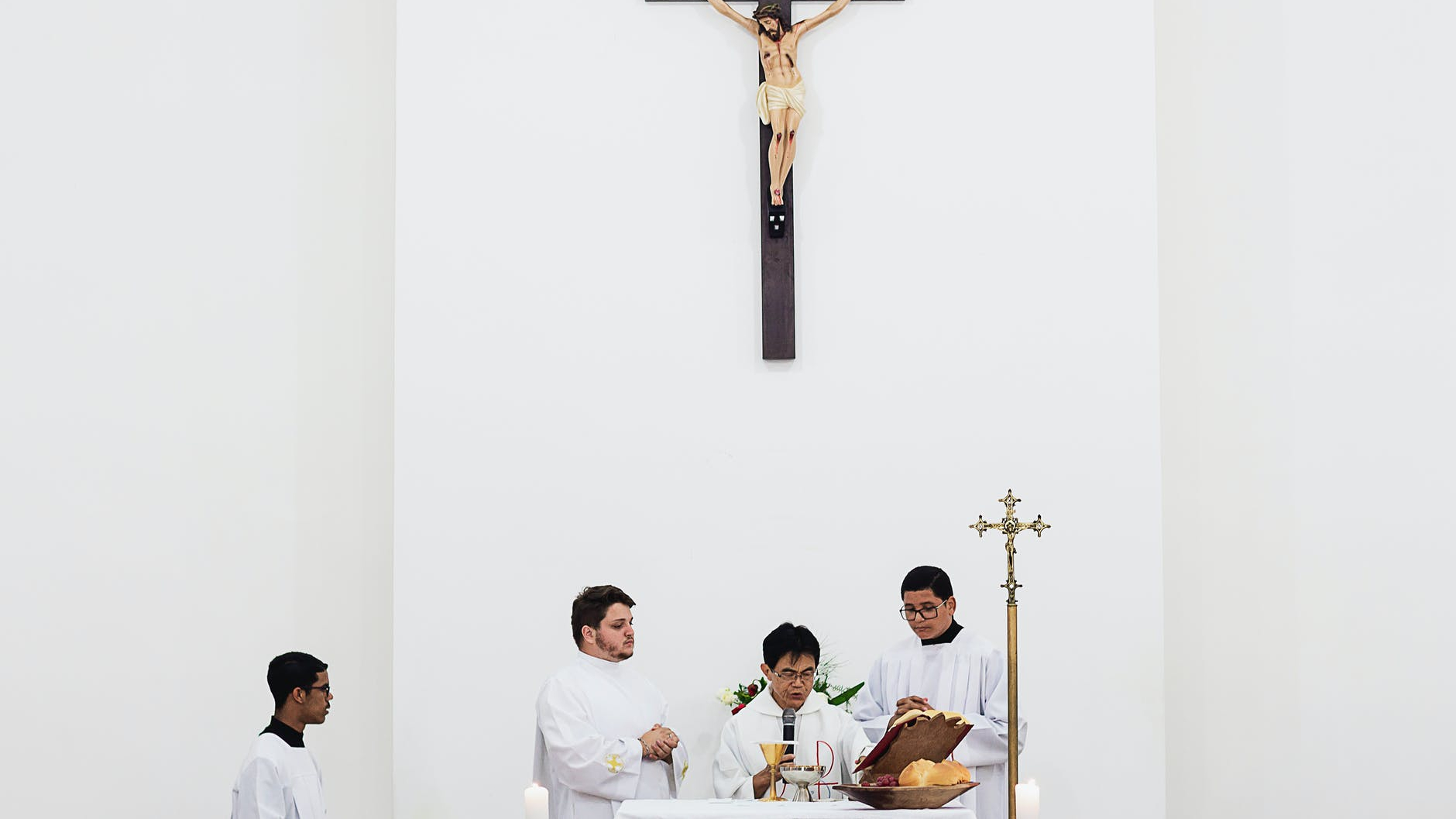 A COMMENTARY ON THE PROTOCOL
SIGNED BY THE ITALIAN BISHOPS’ CONFERENCE WITH THE ITALIAN GOVERNMENT
ON THE RE-OPENING OF CHURCHES FOR MAY 18, 2020

The Following is an English translation of the Italian Original.

The recent Memorandum of Understanding for the resumption of celebrations with the people, with its sacrilegious and unacceptable provisions, seems to have come out of the extravagant fantasy of a dystopian novelist. Even sticking to considerations of a purely legal nature, one immediately realizes its absolute invalidity, given that it was signed by subjects without any legitimacy: on the one hand the representatives of the Italian government, which has no competence in matters of religious worship; on the other the president of the Episcopal Conference, which has no jurisdiction over bishops. In addition to this it should be added that the executive, once again, omitted to consult Parliament; the ecclesiastical interlocutor, for his part, is not authorized to deal with the State. Even if, at the civil level, the procedure provided for by the Constitution had been respected (for example, with a decree-law ratified by the President of the Republic), the Concordat, which in all this paradoxical affair no one has ever mentioned, almost as if it no longer existed, would still have been violated. Such circumstances make the Protocol a completely illegal act, devoid of any legal value and any compelling force, which is why it must be unconditionally rejected.

Regrettably, the common impression is that a good slice of the clergy is ready to observe the rules that will start on 18 May. In these circumstances it becomes ever clearer why so many “vocations” with homophile tendencies have been promoted in recent decades, not only by inadvertence, but probably also by choice: an aberrant will, motivated either by complicity (a striking case, that of the United States) or by an erroneous conception of mercy, which makes it possible to convert into titles of merit the failings of clement and “understanding” bishops and formators. That is why young people who should never have been admitted to holy orders not only became priests, but also made brilliant careers. Since they are fragile, insecure, influential, ready for acquiescence, often blackmailable because of their scandalous conduct, they adapt easily to any request, thus being perfectly functional to the clerical-world system that uses them for its own perverse purposes with the cover of a substantial judicial immunity, at civil and ecclesiastical level.

If one is surprised by the inertia or ineptitude of many current bishops, one must bear in mind their basic formation, in many cases lacking. Their average age allows us to place them in the seventies and eighties of the last century, precisely when the academic level of theological studies plummeted to an all-time low and the approach to the faith became decidedly Protestant. These factors determined, in a substantial part of the clergy, a showy inability not only to think catholically, but also to reason correctly. This intellectual poverty and the consequent mental deformities, today, mean that the absurd situation in which we find ourselves appears completely legitimate to many and that even the mere hypothesis of passive resistance to the abuses perpetrated by the State takes on the appearance of an unthinkable monstrosity, as if it were the most serious sin of all, an unforgivable attack on the common good and public health. The supernatural level disappeared from the gaze, which flattened on earth; the theological faith died out, replaced by the surrogate of the new Masonic humanism.

The post-conciliar ideal of openness to the world has led the contemporary clergy to a complete assimilation to the world, as if the Church were nothing more than any form of social aggregation or a homogeneous welfare body to civil society and, consequently, submissive like all others to the State, considered supreme (and sole) instance of legislation, judgement and government. There are now all the typical elements of a State Church, led by hierarchs assimilated to civil servants and civil servants; the seeds sown sixty years ago have sprouted and produced their harmful fruits. In this context it was inevitable that total surrender to the dictates of political correctness and the transformation of ecclesiastical institutions into propaganda agencies of the regime would be achieved. This evolution involves a progressive cession of their own areas of autonomy in teaching, worship and jurisdiction, with the production of a body of constitutional priests and bishops, who comply with human provisions, rather than divine ones, because they are in fact maintained by the State: the 8 per Mille (0.8% voluntary income tax to benefit the Church) and the sustenance of the clergy thus proved to be a well-designed trap to obtain absolute subjection from unbelieving and secularized clerics.

The answer we must give is twofold. In general, the Italian Church must be deprived of all economic support until there is a jolt of reaction with which it rejects State interference and claims its independence. In order to fulfill the precept of providing support for the needs of the Church, one can directly help the faithful priests and deserving institutions, a more than legitimate and historically normal way. In particular, then, we are obliged to ignore government decrees and to receive (or give) the Eucharist only in the manner permitted by the sacred discipline established by Tradition, not in a sacrilegious manner. If the priest refuses it, protest energetically, because he is committing a serious abuse; if, however, he does not hear reasons, send a canonical complaint to Cardinal Sarah and, in the meantime, seek a trusted priest who will communicate to you outside of Mass. To give in to the abuse, at this moment, would be to let a gap open that could widen more and more. The situation is already all too compromised because of the C.E.I. officials conniving with the Freemasons; even in the French Revolution it was the clergy who cooperated with the Jacobin maneuvers aimed at annihilating the Church. These prelates either do not know history or want to repeat it; keep in mind, however, that with those of the martyrs, sooner or later, their heads will also fall: the revolution devours its children.

To consent to the illegitimate claims of the government would be like swearing on the Civil Constitution of the Clergy of 1790, which was condemned by Pope Pius VI, albeit late, and rejected by almost all the bishops and two thirds of French priests. Sure, thousands ended up in prison, on the scaffold or in old galleys sunk with cannon fire… but their souls went straight to Heaven, while the fate of the unrepentant collaborators is Hell. I don’t know about you, but I have no doubt about it. The time has come to take a public stand by showing ourselves to be disobedient in public, as did those who wanted to remain faithful to Christ and refused to submit to the yoke of the wicked, to which we are not allowed to submit. It is not a matter of disobeying, but of obeying God by rejecting the iniquitous and unlawful orders of men, which bind us in nothing. The Church, having survived all persecution, will also overcome it, even though the enemy has infiltrated it to place its pawns in its command posts. It is up to us to resist for as long as the Lord will, until He intervenes to punish the child-rapists and reward the believers.

CREDITS: The Featured Image above is a Pexels.com stock photo and does not represent anyone associated with Don Elia.