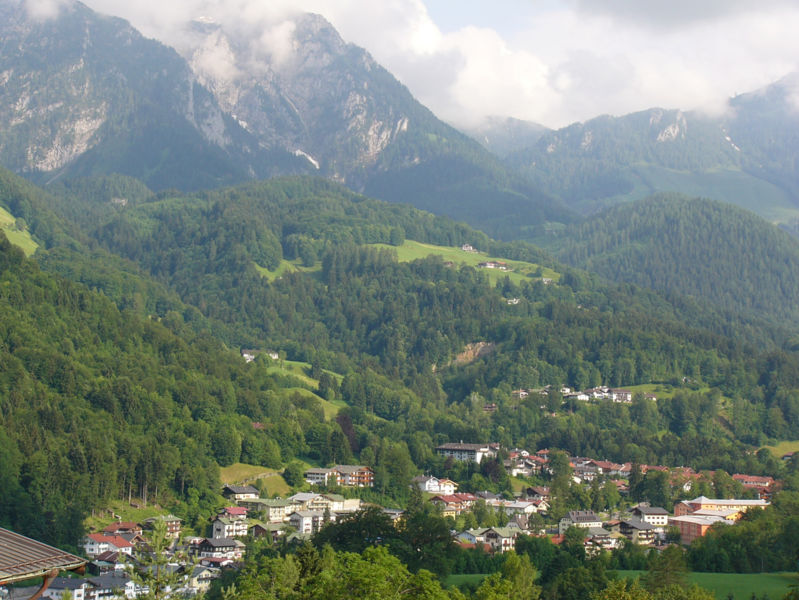 In this article I am going to carpet bomb any notion you had that Bergoglio and his supportive faction are politically the opposite end of the spectrum from the Nazi Party of Germany in the Second World War. And I am not going to do it by a political or ideological analysis, but by a historical demonstration of collaboration. At every point, I will out the member of the House of Rampolla del Tindaro, who was involved or probably was involved. I mention Cardinal Rampolla del Tindaro, because his episcopal descendants form the core axis of membership in the St. Gallen Mafia (a.k.a, “Team Bergoglio”), as have demonstrated some time ago (see report here).

“Rat Lines” is the term given to  organized routes of escape used by member of the Nazi Party and German Government and Military to flee Germany at the end of the War while avoiding capture by the Allied powers.

Historians have identified that the first Rat Lines were created using the existing network of relations between the Vatican and Argentina. As I reported yesterday, Argentina was nearly entirely in the control of the House of Rampolla.

These connections were no doubt facilitated by a Rampolla man: the Apostolic Nuncio to Argentina, Archbishop Giuseppe Fietta, who was named to that post on June 20, 1936 (Wikipedia has the wrong date, according to Catholic-Hierarchy.org) —  He had been the Nuncio to Haiti and the Dominican Republic, since Sept. 23, 1930.  — Months later, on Dec. 11, 1936 he was also named Nuncio to Paraguay, but resigned on Nov. 12, 1939 shortly before Italy entered the war on the Axis side. Wikipedia gives more detail on how the Cardinal may have done this without getting his own hands dirty:

As early as 1942, Monsignor Luigi Maglione contacted Ambassador Llobet, inquiring as to the “willingness of the government of the Argentine Republic to apply its immigration law generously, in order to encourage at the opportune moment European Catholic immigrants to seek the necessary land and capital in our country”.[6] Afterwards, a German priest, Anton Weber, the head of the Rome-based Society of Saint Raphael, traveled to Portugal, continuing to Argentina, to lay the groundwork for future Catholic immigration; this was to be a route which fascist exiles would exploit. According to historian Michael Phayer, “this was the innocent origin of what would become the Vatican ratline”.[6]

Bishop Hudal is the first prelate we know by name to have aided and abbetted German war criminals to escape from Europe. We know this because he confesses it his memoirs. He was a Nazi sympathizer. He was appointed by the Vatican in Dec. 1944 to visit prisoner of war camps. Being a German and rector of the Pontifical Teutonic Institute at Rome (a seminary for German and Austrian students) he used every means he could to help them escape.  One of Bishop Hudal’s co-consecrators was Bishop Ferdinand Stanislaus Pawlikowski, a Rampolla man, and it makes sense that Archbishop Fiettta may have urged his nomination to the position he received.

Hudal and other Catholic clergy used their influence with the International Red Cross to forge papers as necessary to obtain for the war criminals visas to travel overseas. But Hudal’s efforts were numerically small in scope

The first large scale effort to assist large numbers to escape was organized by Franciscan clergy in Croatia and Austria. Both countries were heavily dominated in those years by Rampolla men in the major Bishoprics: Innsbruck, Salburg, Feldkirk, and Vienna, all had Rampolla Bishops and auxiliary Bishops during Word War II. As Bishops at the end of the war, due to their contacts with the Red Cross they would be the natural go-to persons for those wishing to escape Germany.

The San Girolamo Ratline is called by that name, because the Croatian clergy at the College by that name at Rome, facilitated the operation. The actual Rat Line ran from Austrian and Croatia to the port of Genoa. Why Genoa? The Cardinal Archbishop of Genoa from 1938 to 1946 was Cardinal Pietro Boetto, S. J., a Rampolla man.

On orders of the Dictator Peron, Argentina made overtures to welcome refugees from Nazi Germany. Argentines were instrumental in establishing Rat Lines from Scandinavia, Switzerland and Belgium.

Why Switzerland? The Bishop of Chur, on the German border, was a Rampolla man: Bishop Lauenz Matthew Vincenz, until 1941. And the Bishop of St. Gallen from 1938 to 1957, was Bishop Joseph Meile, who co-consecrated a Rampolla man. So it is highly probably that the House of Rampolla had priests in Eastern Switzerland, whom they ordained, to be operative for such a work.

Why Belgium? Both the Dioceses of Melchen and Tournai had had Rampolla men in them prior to the War. There would be then an abundance of Rampolla Clergy in the country, where there was already a strong pro-Nazi movement among Catholics at Louvain

But the key Rampolla man in all of this was Cardinal Caggiano. I quote from Wikipedia, again:

According to Goñi, Argentina’s first move into Nazi smuggling was in January 1946, when Argentine bishop Antonio Caggiano, leader of the Argentine chapter of Catholic Action flew with another bishop, Agustín Barrére, to Rome where Caggiano was due to be anointed Cardinal. In Rome the Argentine bishops met with French Cardinal Eugène Tisserant, where they passed on a message (recorded in Argentina’s diplomatic archives) that “the Government of the Argentine Republic was willing to receive French persons, whose political attitude during the recent war would expose them, should they return to France, to harsh measures and private revenge”

Cardinal Caggiano was one of the most prolific consecrators of Rampolla men in Argentina. That it was he to make the overtures to open the Rat Lines to Argentina makes the supposition that the House of Rampolla collaborated with the Nazis to help them escape from Europe, indisputable.

In 2004, over 700 FBI documents were declassified, a study of which showed that the U.S. Government was aware of rumors and evidence which shows that even Adolf Hitler, after faking a death in Berlin, had used one of these Rat Lines to escape to Argentina. These stunning revelations were subject of a multi part series by National Geographic, which alleged to know even of the final resting place and residence of the former Dictator in the Argentine Andes.

According to the report by National Geographic, Hitler was smuggled to Spain and hid in Galicia until he could flee to South America. This is no surprise, because Zacarías Martínez y Núñez, O.S.A., a Rampolla man had been the Bishop of Santiago de Compostella from 1927 to 1933, and was replaced by a Bishop whose co-consecrator was a Rampolla man. Therefore, it is highly probable that there were pro Rampolla clergy in the province to be used in any task at hand.

At the time of World War II, Rampolla men occupied the Bishoprics of Munich-Freising, Regensburg, Augsburg, Passau, Linz, Seckau, Sankt Pölten, Salzburg and Innsbruck. These all were either part of existing Rat Lines or natural door ways to them. Some of them are in close proximity to Berchtesgaden, the effective Head Quarters of the Third Reich, Hitler’s mountain residence in Southern Bavaria.

But maybe the cooperation went further than that. Maybe it did not end with Rat Lines. Let us not forget the ominous words of Adolf Hitler in the final weeks of World War II, in regarded a question put to him: What would become of the Nazi party, would it disappear after the war? No, he said, it would return in 100 years, but not as a party, but as a religion.

When persons fled, money and information fled. Where did Bergoglio get the 70 million euros from the Archdiocese of Buenas Aires to invest in the Vatican Bank during the pontificate of Pope John Paul II? Is that what bought him the leadership position in the St. Gallen Mafia?

The St. Gallen Mafia was founded around 1992. It’s Bishop, Ivo Furer, was not a Rampolla man, but the co-consecrator of his co-consecrator was. The diocese of St. Gallen is in eastern Switzerland, along the German border, the very border through which thousands of Nazis seeking to escape allied forces escaped to Spain and South America.

So when you next hear Bergoglio calling his enemies, “Nazis”, perhaps you can check it off as another act of psychological projection.