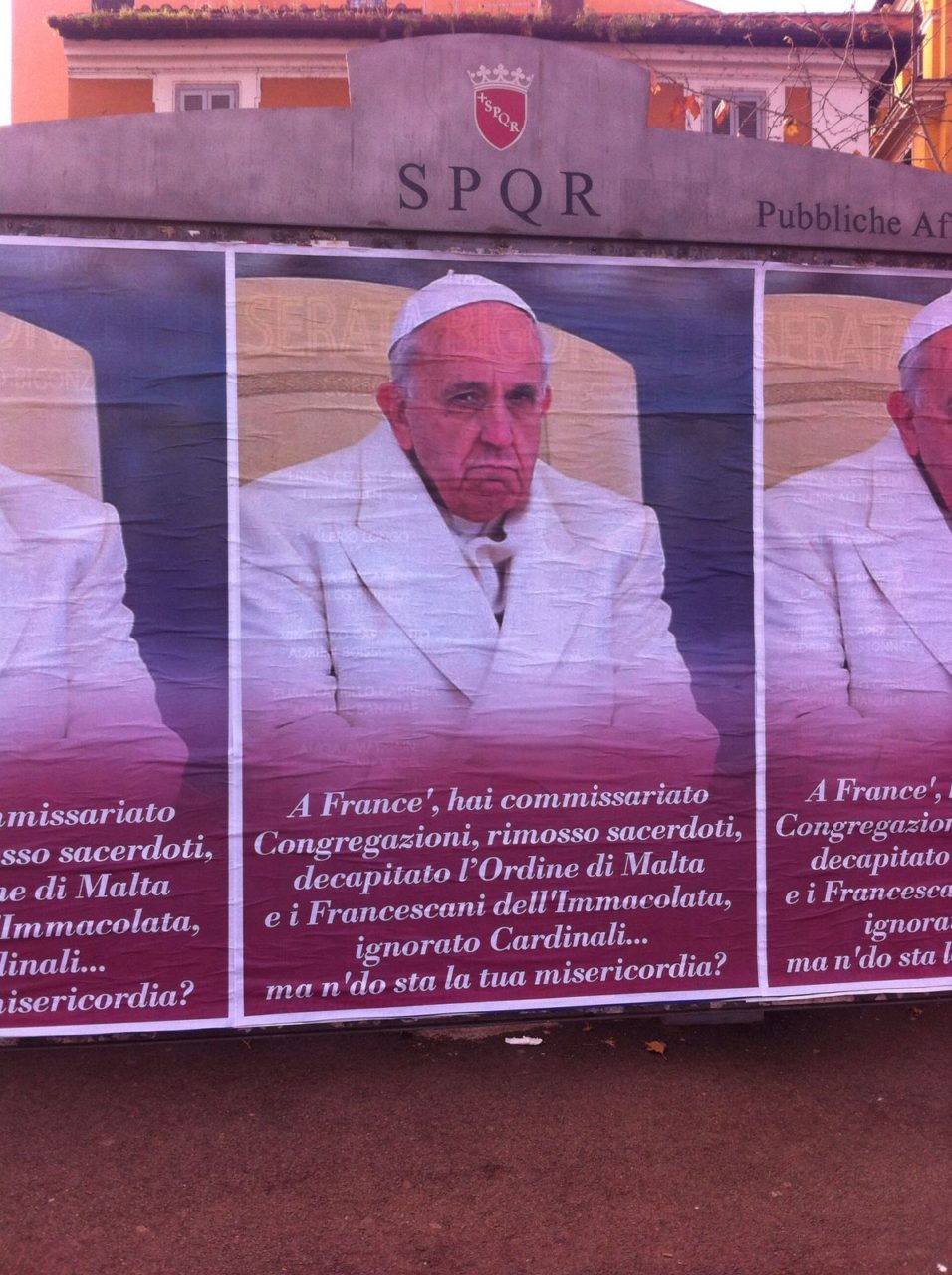 The average Catholic never imagined the depth of depravity and mendacity which could exist in the hearts of so many priests, Bishops and Cardinals. But at last the masquerade has ended and the perps are removing their masks.

There is much to be lamented in the Church since Feb. 28, 2013. But at last we know who has been behind the Aggiornamento, the Liturgical Renewal, and everything which is Vatican II.

As someone trained in Anthropology and who has done some translating from Latin to English, I always kept a part of my mind on neutral, presuming that there was some sort of good intention behind Vatican II: such as helping everyone understand easier the things of God. I readily recognize the problems the average person has in understanding Latin and in not being able to hear the teaching of the Church in the Liturgy in their own language on a daily basis. I wrote off the bad translations as ignorance, for the entirety of my adult life conceding only here or there, that bad will must have played a role.

But the universal acceptance and praise for Bergoglio’s advent by the Hierarchy and Clergy have finally convinced me that I was naive and overly trusting.

Bergoglio is the quintessence of everything wrong in the Church and of everything which needs to be excised from the Mystical Body of Christ. The Church has no need of fakers. There are plenty of opportunities in the secular world for men like that.

It is with Bergoglio that I finally understand why so many priests have hated me, throughout my life for simply believing the Catholic Faith. I remember my days in Minor Seminary, when I was accused of being rigid for only receiving on the tongue. I remember my days in the Monastery, when I was scoffed at for keeping the Rule. And I cannot forget the student from Steubenville University, at a ProLife March, who told me that the desire to be a saint was a sign of serious egomania.

I believe the Catholic Faith, everything in it. I have the utmost respect and reverence for the Catholic Priesthood and for the Episcopal dignity. But I do not have this by my experience. It is God’s gift, because, I can honestly say, I have never known personally a priest who inspired me to be holy, to follow Jesus, or to keep the Faith. I learned all these things from Scripture and the lives of the Saints, and the example of my parents’ simple unquestioning faith.

But with Bergoglio, its obvious to everyone, that the real reform in the Church which was necessary and which is necessary, is the Catholic priesthood. As Ann Barnhardt suggested the other day, the vineyard is so overgrown with rot, that the Church needs to start clean.

The true spirit of Vatican II is at last exposed: it is one of disbelief, hypocrisy, double-dealing, deceit, trickery, subterfuge, manipulation, pedophilia, sodomy, sacrilege, hatred of God, hatred of Our Lady, hatred of law and all honesty. It is the spirit of the clerical careerist who never had faith, of the Freemason, of the satanist and idolater.

The way to respond to Bergoglio, then, is jettisoning totally the propaganda of Vatican II. We need a Council of Trent reboot!

I say, “Council of Trent” and not “Pius XII” or “Saint Pius X”, because we need to return to the high ground of Catholicism, where the proposals come entirely from the bosom of the Faith and have nothing of the errors of modernity, modernism and marxism, and are founded on the most sober and sane doctrine of the Scholastics.  We have to get out of the idea that the Liturgy needs to be reformed or that progress is the natural course of history. And get into the idea that the clergy need to be reformed according to the image of Trent. And those who do not want to return to that Catholic norm: I think the salvation of souls requires that they be booted out of every institution in the Church, if they will not repent.