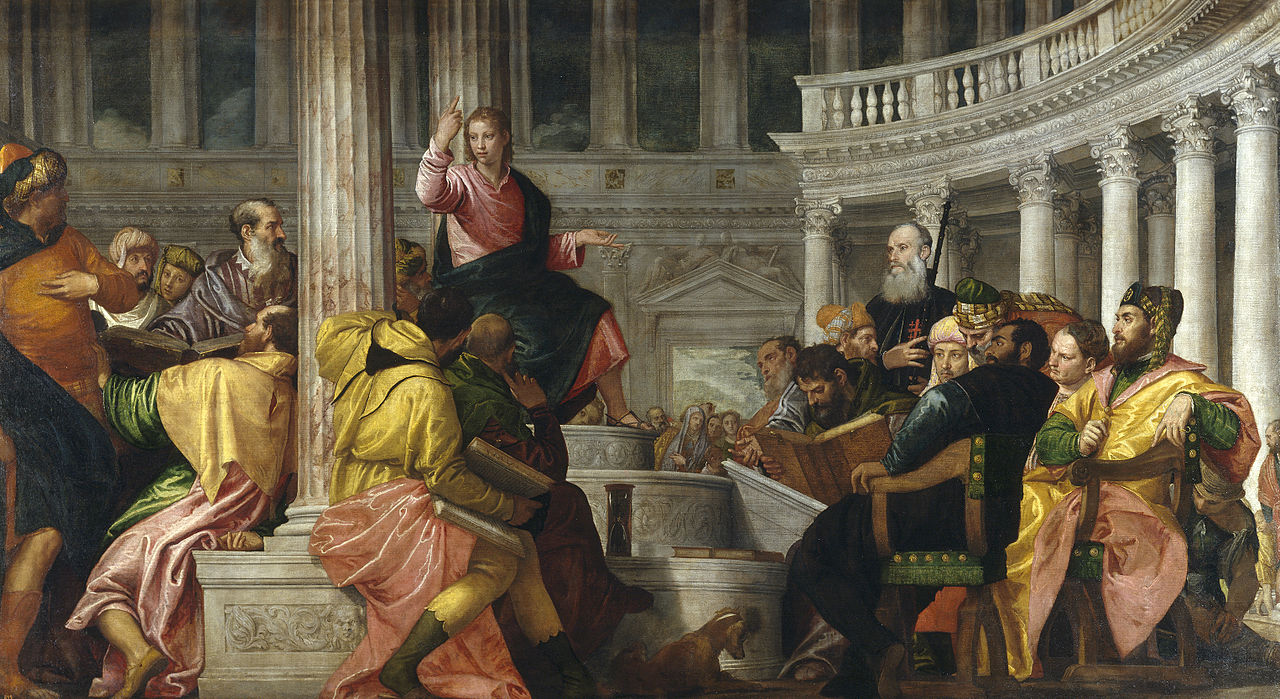 The purpose of human language is to communicate truth.

This is saying which is agreed upon by nearly every member of humanity. But we often forget how profound its implications are.

Saint Thomas says, that the truth of which we speak here, is the right relation between the human mind and reality as it is.  The discovery of truth, then, is the discovery of the right way to understand the reality which is around us or inside us.

But we often forget the other word in this universal definition of human language: communicate.  “Communicate” is word which comes from the Latin verb meaning “to build up together” or to “to share gifts with one another”.  In the definition of human language we see the profound social aspect of speaking and its goals on the level of society: sharing and the promotion of the perfection of one another.  The communication of truth therefore is the fulfillment of the inherent goals both of communication and of truth.

An individual human language is also called a “tongue” from the fact that each language requires for its proper enunciation a way of enunciation which is habitual and requires the tongue which speaks it to adapt accordingly.

But there is another sense of the word, “tongue”, which I want to employ here: this is the sense in which the word means not one kind of human speech, but an entire different philosophy or definition of human language.

Because just as human language according to its natural or proper definition is a set of spoken sounds, which can be recorded in written forms, for the sake of communicating truth, so, if one changes the final purpose of human language, one, as it were, gives birth to an entirely different tongue, on account its altered purpose.

And such a tongue exists. And it has a name, not from its human author, but analogously from the first being which used communication for another purpose: Satan.

Satanic language is a system of communication for the purpose of sharing falsehood, and not for building up or the sharing of gifts, but for tearing down and theft and robbery, and ultimately for murder.  As Christ said of its author:  “Who was a liar and a murderer from the beginning” (cf. John chapter 8: read this whole chapter to see both Tongues at work)

This other tongue, since it is not creative except of deception — as it has no other reason for being — uses the words of human language and creates new words which serve to hide the lie under the appearance of truth.  We can easily recognize these lying words, because of their novelty, and not just any novelty, but a novelty used to overthrow the words which have been used from the beginning.

Every tongue gives birth to its own Culture

Now it is a fact of reality and a truth of anthropology that every unique tongue gives rise to  unique culture. This is because the language according to which we speak is the default form for our way of thinking and perceiving.  And hence every language gives birth to its own culture: every language, not only in the sense of modes of human speech, but also in the sense of which I speak here, of the two purposes of speech.

The summit and perfection, the culmination and fulfillment of every language finds itself and its salvation in Christ, and in particular, in the preaching of the Gospel, the good news, which is the greatest gift we can share verbally and the greatest truth we can communicate.

The characteristic of a human language which is thus baptized is that it means what it says and says what it means, and both in the most profound way. We see this in Sacred Scripture, where though the Hebrew Language was chosen by God to prepare the world for the coming of the Messiah, it speaks in vagaries and in a dark and obscure manner, quite unlike the Koine Greek which the Apostles sanctified for the preaching of the Gospel, which reveals clearly and openly the Salvation which comes from the Incarnation of the Eternal Word of the Father. Shadow passes to light, figure and prophecy to reality and fulfillment.

This is true even on the historical level. Because in very many such cultures, it was the preaching of the Gospel which gave rise to the historical forms of their human languages or at least fixed them in written form as a monument to the ages, and provided a millennial bridge from one generation to the next for the preservation of meaning and signification.  We can see this especially in the Latin language, which once understood can grasp the meaning of what writers from the 5th century before Christ to the 19th century after the birth of Christ are saying.  We see this especially in languages which had their birth or genesis after the preaching of the Gospel, as for example, English, a language which in its present form knew not disbelief until disbelief was introduced from another land.

The tongue of Satan also gives rise to its own culture. We can see this in the way those who oppose the Gospel have ever acted: denying the plain meaning of words, denying that words have meaning, denying that words mean things different than other words.  This attack on human language is a necessary technique of that Tongue which serves to break down the other by the employment of deception.

This technique gave rise to a false and misleading way of reading the Old Testament, so as to convince all who read it to deny that Christ was its fulfillment. It created an entire commentary on the Old Testament filled with vain and false tales and strange and novel doctrines which aimed all with that same purpose.  This way of denying Scripture gave birth to a sect in which attacking the good and attacking Christianity was a practiced habit of mind and speech.

All peoples, however, who abandon Jesus Christ and all groups who reject Him, must follow in the same path, because you cannot reject Incarnate Truth without attacking the truth incarnate in every word and speech or thought of mind.

Thus we see this Other Tongue in action in the errors of Nominalism (the philosophical position which says that words do not name anything real), Modernism (the theological heresy which holds that everything in religion comes from sentiment, not God) and the global push for a new form of humanity, divorced from reality and wantonly joined to unnatural falsehoods.

This war of two tongues is most evident in the fight to defend the life of children in the womb and at birth. The entire maniacal and diabolic industry of death and genocide makes its every move on the turn of the meaning of an old word or the invention of a new word to conceal their murderous intent.

Another recent example of this war is the recent study by the Pontifical Biblical Commission, in which the destruction of Sodom is insisted to be a punishment for a lack of hospitality not for a lack of chastity. Still another, is seen in the verbal gymnastics used to insist that Benedict resignation were valid or conformable to the Code of Canon Law also gives rise to entirely new words (Bennyvacantism) used to conceal lies and entirely new ways of reading Canon Law (munus = ministerium), Catholic Doctrine (infallibility does not prevent a heretical pope), or the Bible (the Gates will not prevail means they can succeed some times), which are invented solely for one purpose, to deny the truth.

The war between Satan and Saint Michael the Archangel began with a war of communication with entirely two different tongues. The war of cultures among men also has its source in a war of Two Tongues. I hope, therefore, that this post enables you to discern these Two Tongues and these Two Cultures better. Of them Saint Augustine wrote eloquently in his Book on the City of God, in which he spoke of Two cities: one founded on the love of God unto the contempt of all other things, and the other founded upon the love of self unto the contempt of God.