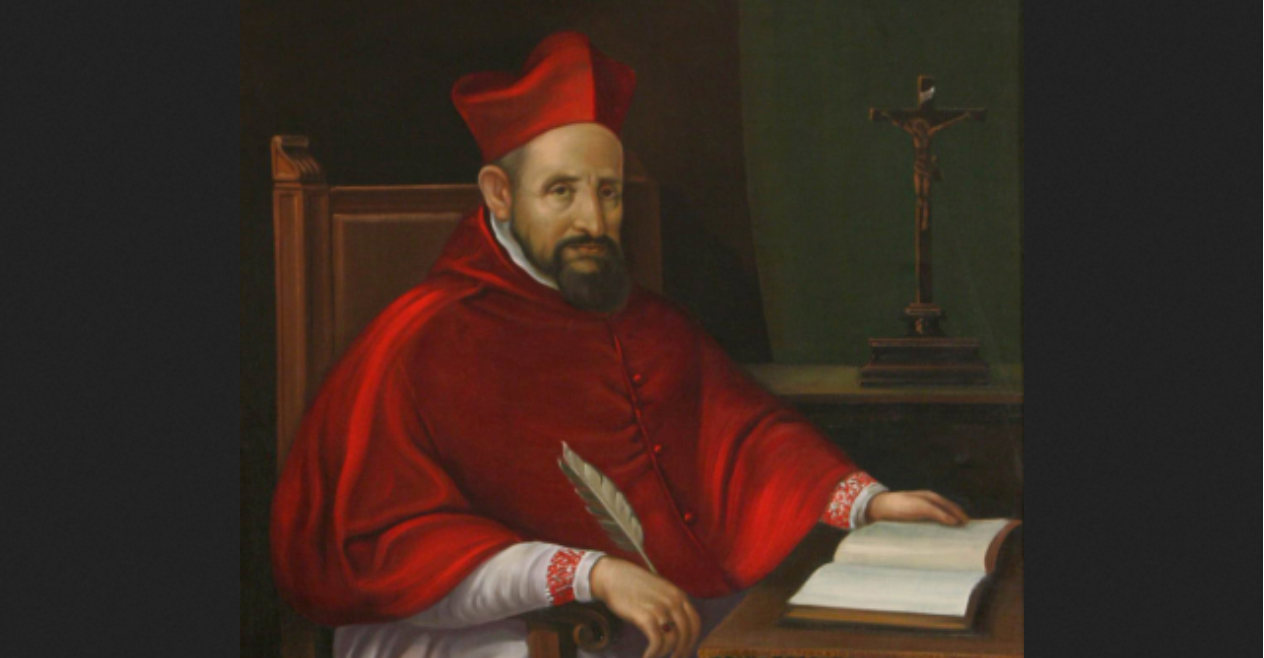 The Saints are a sure guide in every difficulty. We have only to find the Saints who encountered the same difficulty and examine their example or doctrine to find sound counsel for how we should respond.

For this reason, I have written previously or had published here a series of articles on the Saints who would be patrons in discerning what to do in the present Crisis in the Church:

To these six, I wish to add a seventh, Saint Robert Bellarmine.

First, we probably have heard the principle, A doubtful pope is no pope. Which Saint Robert advances to resolve the question of whether the man elected in a Conclave which does not follow all the rules is therefore  a valid pope or not. He holds that he is not valid and should resign.

“Hence the saying of Bellarmine: a doubtful pope is no pope. ‘Therefore,’ continues the Cardinal, ‘if a papal election is really doubtful for any reason, the elected should resign, so that a new election may be held. But if he refuses to resign, it becomes the duty of the bishops to adjust the matter, for although the bishops without the pope cannot define dogma nor make laws for the universal Church, they can and ought to decide, when occasion demands, who is the legitimate pope; and if the matter be doubtful, they should provide for the Church by having a legitimate and undoubted pastor elected. That is what the Council of Constance rightly did.’” 8

Now, in logic, any affirmation can be transformed into other true statements by a conversion. Let’s apply those principles to the maxim:

A doubtful pope is not the pope.

This is said in the context of a papal election, so let us add that condition to each side of the predication:

Now let us transform the affirmation by changing the condition, from an election to a resignation:

Now let us simplify the statement, with the logical equivalent of “not a resigned”

A doubtfully resigned pope is still the pope.

NOTE WELL, in the same passage from St. Robert, you see the affirmation of the Apostolic Right of the College of Bishops to intervene when there is an impeded see. I wrote about this in my article, Divine and Apostolic Right takes precedence in a State of Emergency.

Which I render thus, in English:

For jurisdiction is indeed given to the Pontiff by God, but as One concurring with the works of men, as is clear: because from men this man, who before was not the Pope, has it, that he begins to be the Pope: therefore, it is not taken away (from him) by God, except through men, but an occult heretic cannot be judged by man; nor does the same want to relinquish that power willingly.

The key words here are: as One concurring with the works of men. This ablative phrase is not an absolute, it modifies God, and follows the classical Latin tradition of speaking of God under a certain restriction or condition. Here it speaks of God inasmuch as He agrees with men.

Saint Robert then explains: that a man who is elected has his office as pope  on account of the election made by men. The context here is a valid or legitimate papal election. And the presupposition is that the law is observed.

Now God concurs with the works of men in three ways, as it clear: by approving them, by disapproving them and by tolerating them. By approving them, when they are in accord with His Divine will for men — I use here will, in the sense of a thing willed, not the faculty of the Divine Nature.  By disapproving them, when they are not in accord with His divine will and hence in consequence He sends a punishment or sign of His disapproval. And by tolerating them, that is, when whether they be more or less perfect, they either do not transgress His will for men or they are the matter out of which He will bring a greater good.

And since the ways of God are not always things which lay open to the discernment of men, it is not with great certitude that we can know God’s mind on any particular matter, unless we have certain knowledge of the Divine Mind. A thing which is only possible by Divine Revelation.

But of all the works of men, therefore, that God concurs with, we can say of one, that what God’s will for men is, because we have certain knowledge of the Divine Mind through the testimony of the Son of God as recorded in the Gospel of Saint Matthew and handed down in the Church as worthy of utmost faith:

And Jesus answering, said to him: Blessed art thou, Simon Bar-Jona: because flesh and blood hath not revealed it to thee, but my Father who is in heaven.

18 And I say to thee: That thou art Peter; and upon this rock I will build My Church, and the gates of hell shall not prevail against it.

And it follows, since, because John Paul II was the valid and legitimate successor of Saint Peter, that Peter lived in him, when he promulgated the Code of Canon Law of 1983. And thus, these words of Our Blessed Lord and Lawgiver Supreme: whatsoever though shalt bind upon earth, are engaged in upholding that Code of Canon Law.

Therefore, God concurring above all, expressly with the works of Peter, we are obliged by divine faith to hold that God concurred approvingly with the work of Pope John Paul II, who laid down in Canon 332, that a pope resigns when a pope renounces his munus. Not at any other time or occasion.

But Pope Benedict XVI did not renounce his munus. He renounced the ministry he had been confided through the hands of the Cardinals.

Therefore, God could not have concurred approvingly with that act, because if He did, He would have made Jesus Christ out to be a liar, or the Gospel of Saint Matthew out to be a fraud, or the Church which proposes both to be believed without any doubt, a trickster. But in such a case, there would be no reason to even care who is the pope and who is not! The Catholic Faith would be a fraud and not worthy of any attention!

But that is an impossibility. Therefore, so is the first premise, namely, that God concurred approvingly with that act.

Therefore, God did not concur approvingly with the Declaratio as an act of papal resignation.

Therefore, Saint Robert Bellarmine would hold that he is still the pope.