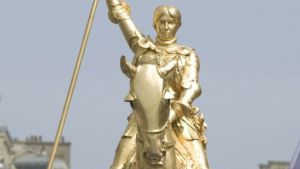 *This is NOT a Reuters Report, this is a Blog Post about a Report by Reuters Trust.org*

This is the pertinent quote, which Reuters suggests as a leader on their article by Pullela on the new book by Cardinal Sarah and Pope Benedict on Priestly Celibacy:

Some anti-Francis conservatives still see Benedict as their pope

The leading sites of the “Benedict is still the Pope Movement”, also known as the PPBXVI movement, because Benedict still signs as, Benedictus XVI P.P., are as follows:

ppbxvi.org – banner site for the Movement
barnhardt.biz – Joan of Arc of the Movement
ChiesaRomana.info — Official Site of the Movement at Rome
vericatholici.wordpress.org — International Association opposing Kasperite Heretics
Godsplanforlife.org — Producers of the multilingual Benedict is still the Pope Video
fromrome.wordpress.com — Investigations and news from Rome
nonvenipacem.com — Cogent analsysis and polemics