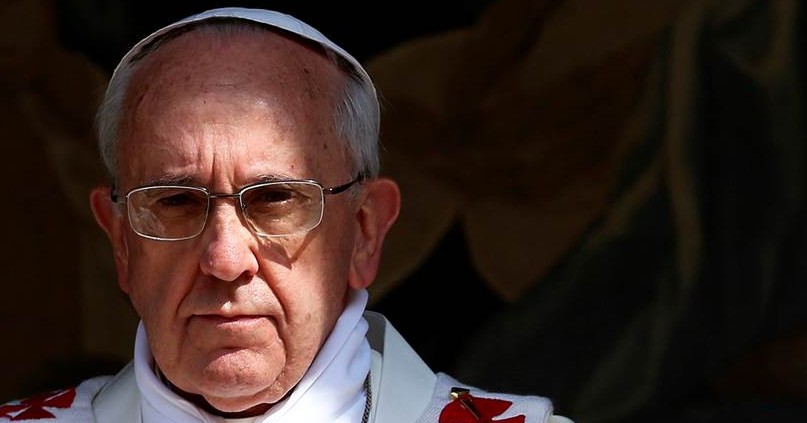 Rome: September 9, 2019 A. D.:  The Vatican has conceded that Jorge Mario Bergoglio is an AntiPope. The concession came tacitly as of Saturday, when, after 90 days since the publication of the news that Pope Benedict had accepted the arguments which demonstrated his resignation was invalid (as reported here), the Vatican took no action to discount the report.

The report was public knowledge at Rome, since it was 4 times accessed by computers at the Vatican (some of which were in the offices of the Secretary of State). In response, that office requested the Corriere della Sera to interview Pope Benedict in an attempt to get him to withdraw his tacit acceptance, with the admission on his part, that “The Pope is one, he is Francis”. The interview having failed to extract those words from Benedict — during an exchange of photographs in the Vatican Gardens in the 3rd week of June, or there abouts (the interview never gave a time or place which was specific) — the Vatican Press Office put out a teaser the day before its publication in the Marxist Newspaper, claiming Benedict HAD said those words (Catholic News Agency).

Veri Catholici, the international Association, discounted the report on Friday, after acquiring a copy of the Corriere della Sera’s actual printed interview (As reported here).  LifeSite News, which initially reported the false assertions of the Vatican Press Office, took back the claim a week later in a full article on July 4, 2019. (Veri Catholic also publicly asked Life Site News to investigate the WHY of it — As of today, they have failed to follow through)

Even Antonio Socci on July 1st remarked the occurrence of the publicity debacle for the Vatican, as another gross fake news story (see end of Socci’s article, where he cites more evidence that Benedict knows he is stil the pope).

But the import of the event was ignored. Namely, that the Vatican was attempting to discount the report by From Rome of the tacit acceptance.

To which I say: Is everyone brain dead at Rome? Can you not put on your thinking cap and do some reasoning, like this?

Now that 92 days have passed, the Vatican, not having discounted anything of the above, has conceded that Bergoglio is not the Pope. But at the same time allow him to keep pretending to be the Pope.

But a pretender to the Throne of Saint Peter is an AntiPope.

Therefore, the Vatican has conceded that Bergoglio is an Antipope.

For the complete canonical demonstration of the invalidity of Benedict’s resignation, see PPBXVI.org

FOR THE LOVE OF JESUS CHRIST, therefore, please spread the news to the whole Catholic World!