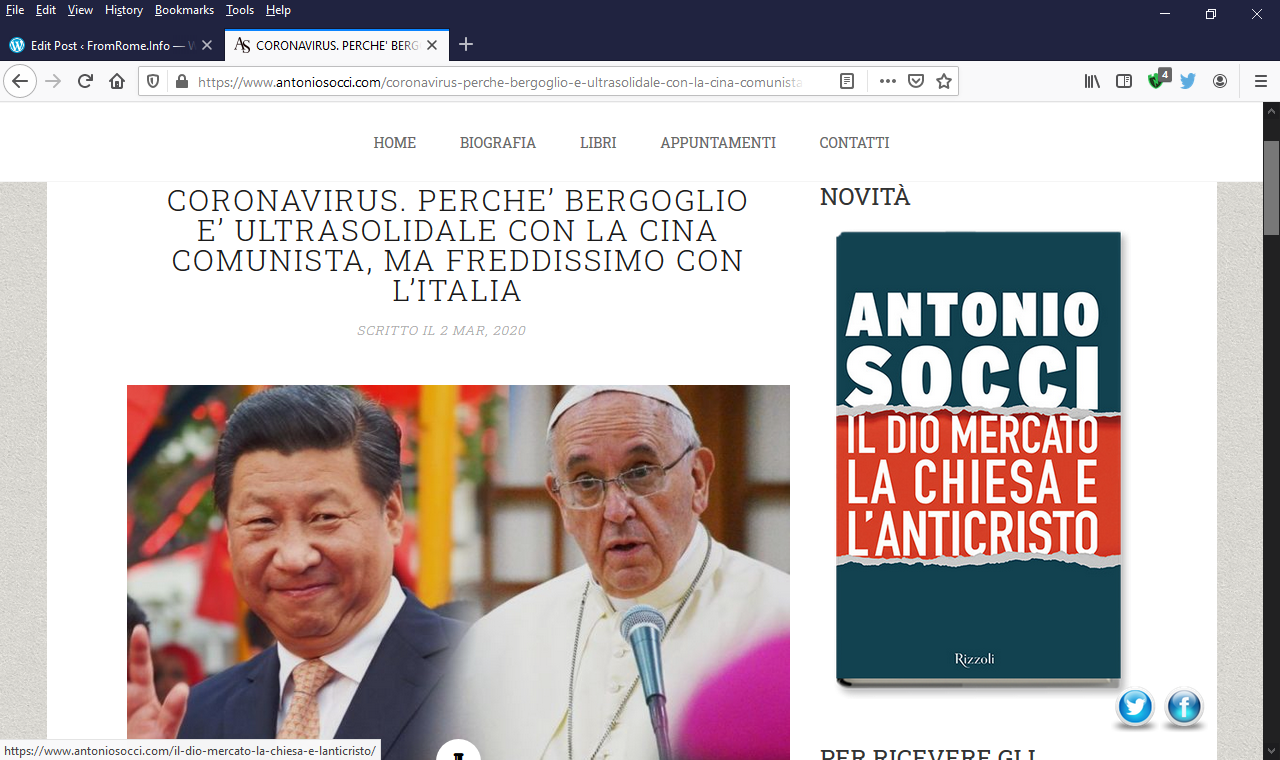 “Devastating” is not the word. “Frontal attack” would be the better term to describe Antonio Socci’s editorial yesterday criticizing Bergoglio’s manner of governing, or lack thereof. What irks Socci, as an Italian — for Italians have a wonderful sense of human compassion as their principal concern  before all others — is the victims of the Corona Virus in Italy and their families, about which Bergoglio said nothing in his Sunday addresses.

And so Socci goes for the jugular, as we say in American English:

Bergoglio does not react as a pastor, a father, a Vicar of Christ, but rather as a politician.

Harsher words were never said of a Roman Pontiff in a thousand years. And again, speaking of him and the Chinese President:

There is one thing that unites Bergoglio and Xi Jinping, according to the analysis of Antonio Pilati, and it is also applicable to the current ruling government in Italy: The government is already tottering, it has stood and is standing solely because of the forces which support it. One is China, the other is the Vatican, which today has a politic very much directed toward China.

Socci makes other cogent observations worth reading. His editorial can be summed up as an Italian way of asking the question and answering it at the same time: Who put you in power? is proven by whom you serve when in power.

CREDITS: The Featured Image is a screen shot of the page from Antonio Socci’s personal website, AntonioSocci.com, which is used here according to fair use standards for editorial commentary. In the Featured Image you can see the photos of the two dictators mentioned in Socci’s editorial.