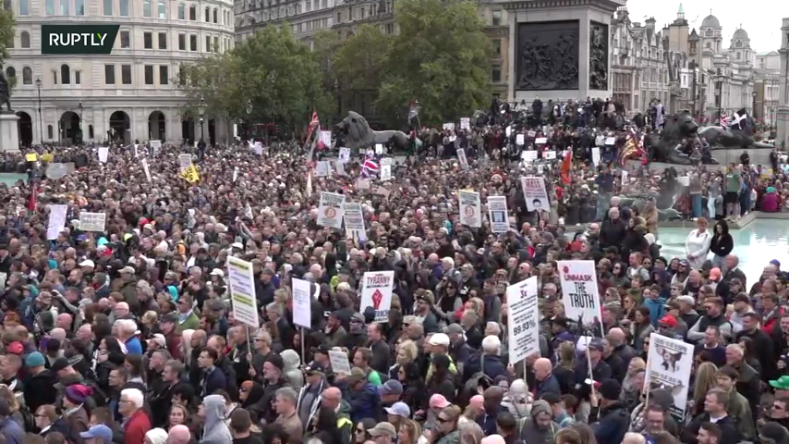 Soon in many towns across the globe, the Death Squads (a.k.a. Mandatory Vaccine Delivery Units) will some come knocking on the door. So it will be vital for the continued existence of the human race that the People develop strategies to defend their communities.

In many countries, the people have the right to bear arms. They need to gun up and amass as much firepower and ammunition now. They also need to form networks of fellow patriots of humanity who will rise on call to the aide of anyone in town. Do not hesitate to use force when necessary. But strive to avoid physical violence against human beings. It is enough that you make entrance or permanence in your town too risky or costly, to keep them away for a time.

In many other countries, the people have no right to bear arms. However, this does not mean that they are defenseless. It is for such as these, that I propose a Psyop Warfare Strategy.

The weakness of the Globalists is that they demand and want control and cohesive behavior. Thus, they are blind to the infiltration of their own ranks and systems of control and information gathering.

Thus, this is how the people can defeat the NWO.

When asked for directions give uncertain or incorrect responses. Change the street signs in your town to prevent accurate location awareness by foreign forces. See that the gas stations in your town have water introduced into their petro, etc.. If NWO forces seek victuals or refreshments give them something to annoy them, rather than help them, or be extremely friendly and hospitable (don’t exclude liquor) so that you can distract them while others sabotage their Vaccine stocks or vehicles etc..

Call in false hot-spots, infections, and positives for NWO officers, officials and key persons in their chain of command. Allege that they were in the presence of infected persons, or simply douse them with solution of dung and urine if they pass by your way. If your door is beneath a window, keep a bucket handy for this purpose. Since hypochondria is their religion, they are susceptible from this fear.

Dress up like NWO forces when they are in your town and cause dissension and disruption of their services. Post false messages about roads and bridges being out of service, and throw nails and other such debris in the road to prevent access by vehicles.

If they are using public buildings, see that herds of animals or infected material gain entrance, and cut power lines where necessary to prevent them from operating.

Offer NWO forces gifts of things which make them sick or which threaten them, like a lovely cake, which upon being cut into slices reveals some sort of message to intimidate them psychologically. Do not engage in terrorism or bomb threats.

As a second tier strategy, place incriminating evidence or literature in the personal effects of NWO forces to get them to turn on one another thinking they are infiltrated by patriots. Claim that NWO forces in one part of town are patriot forces disguised as real NWO forces, to cause them maximum command and control confusion. Make it appear that one group is attacking another, so they no longer know who to trust.

If you are inventive, you can make the NWO forces reluctant to enter your town or down right unwiling to continue their mission of forcibly vaccinating the population. And this is the goal for all free peoples.

Against such measures the NWO really cannot act, because the cause of such things is always uncertain and one can always say that one made a mistake or one does not know who did it.

The Globalists think they can control the masses, but they have NO IDEA OF HOW THE MASSES CAN CONTROL THEM!

If the history of modern warfare proves anything, it is that war cannot be won against a population which refuses to be dominated. If they want to vaccinate the planet, they are in for one hell of an asymmetric guerilla war.

CREDITS: The Featured Image is a screen shot from a Ruptly report from a recent protest against the Lockdown in London.