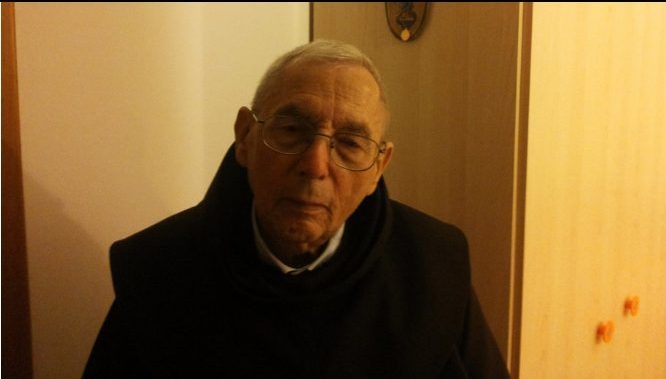 On June 20, 2021, the friends and acquaintances in life of a great Franciscan, will remember the third anniversary of his passing from this life.  His name was Father Angelo Barbin, and having been born on March 20, 1941, during the high tide of World War II, it was his to bitterly experience the downward spiral of the Catholic Church in the 20th century.

His funeral was celebrated on June 22, 2018, at the Church of San Daniele, in the Franciscan Convent of Lonigo, in Northern Italy.

He was ordained a priest on May 23, 1968, at Verona, during the turmoil of the aftermath of the Second Vatican Council, while the old rite for ordination was still enforce, but the horrid, cobbled on a restaurant napkin, new Mass was being composed. He had the joy in this life to celebrate the 50th Anniversary of his priestly ordination, therefore, just weeks before his own passing, in the 77th year of his life.

So much did he touch the hearts of the faithful, that he was remembered in several TV reports:

Father was known for staying all day long in the Confessional, giving his 100% attention to whoever was confessing, without any worry about the lines waiting. Devoted the Most Blessed Sacrament, the Holy Rosary, and the Divine Mercy, he served others forgetful of his own personal needs.

For this he was sought out for spiritual counsel by the faithful throughout the province of Veneto.

Of many a devout priest, the same could be said, but what brings Friar Angelo to my attention is his honestly in recognizing the truth of the present state of things.

In his interview with Samuel Colombo, a noted Catholic singer and apologist, he went beyond the measure of virtue of what many such devout priests, who are excessively discrete to the point of leading souls astray by their silence.

Here below, if you lick the image, you can see the full interview in the original Italian.

But here are some excerpts, by which to remember this man of God and son of St. Francis:

Samuel Colombo: Can we figure also that this new church which Bergoglio is creating is the same church which Bl. Anne Catherine Emmerich prophesied long ago? right? Can you confirm this?

Samuel Colombo: But when you say, the Pope, do you do so to recognize Bergoglio as the Pope even though he be a heretic or for you is Benedict XVI the pope?

Father Angelo: Eh, yes, eh.. at Mass I never use the name.

Samuel Colombo: You never say the name of Pope Francis?

Samuel Colombo: So, you consider Benedict XVI as the pope?

Samuel Colombo: Can you repeat that? 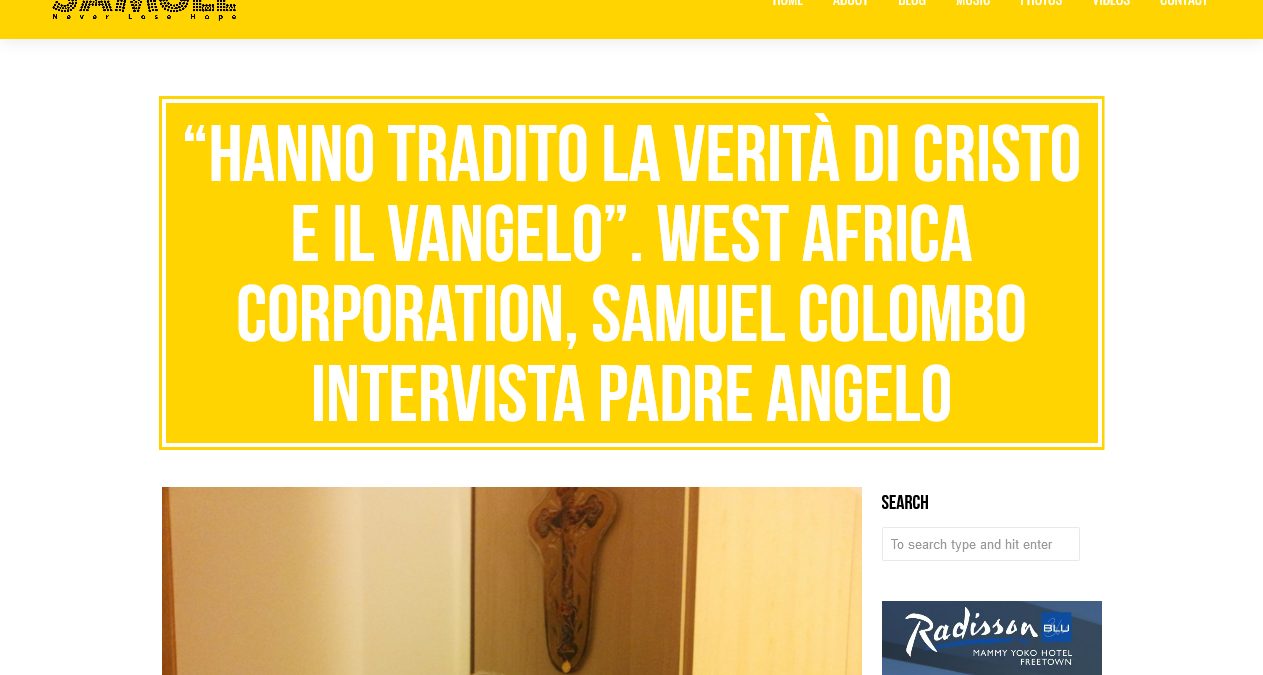